A booster dose of CoronaVac, a COVID-19 vaccine developed by Chinese producer Sinovac, administered in the elderly eight months after the second dose can induce a significant increase in neutralizing antibodies, the company announced Monday, citing data from a new study. 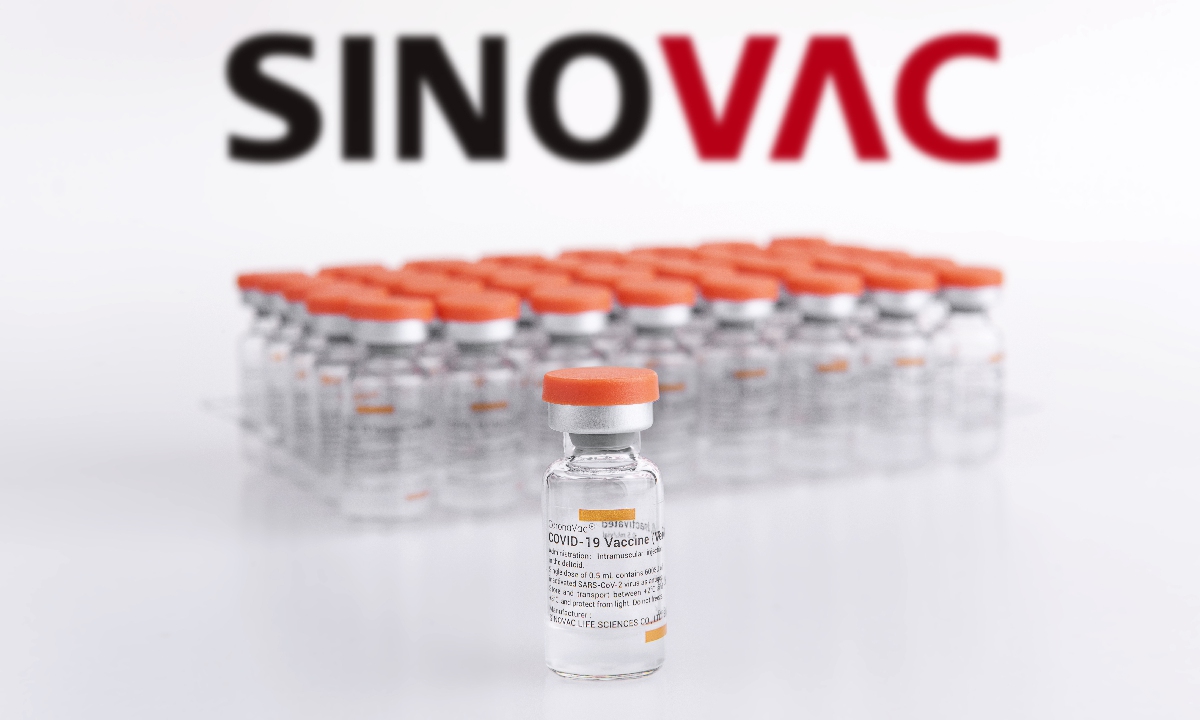 The study provides an important scientific basis for policymakers to develop strategies and plans for the timing of a booster dose for the elderly, the company noted in a statement it sent to the Global Times on Monday.

Yangzhou, a city in East China's Jiangsu Province, is struggling with an outbreak caused by the Delta variant, in which nearly 70 percent of the confirmed cases are people aged 60 and above.

Experts said that the low vaccination rate of the group and the fact that elderly people have higher instances of underlying conditions could be possible reasons behind the high rates of seriously and critically ill patients in Yangzhou.

The new study is part of a randomized, double-blind, placebo-controlled, phase 1/2 clinical trial involving 303 healthy participants aged 60 and above. It was conducted in China and the results were released on Sunday on medRvix.

Neutralizing antibody titers declined substantially six months after two doses of CoronaVac among older adults, according to the study.

The participants were given a third dose of 3μg, 6μg or placebo eight months following the second dose. An additional dose of 1.5μg was added to the study.

The results indicate that in all 1.5μg, 3μg, and 6μg dose vaccine groups, the level of neutralizing antibodies increased significantly on day seven after the third dose of the vaccine.

In the group of participants who received the 3μg vaccine, which is approved for emergency use, the geometric mean titer (GMT) of serum neutralizing antibodies increased to 305 on day seven after the third dose, an approximately seven-fold increase compared to the levels at day 28 after the second dose.

The data also showed that there was no significant difference in the incidence of adverse reactions. Any reported adverse reactions were Grade 1 or 2, with the most common reaction being injection-site pain. No serious vaccine-related adverse events were observed.

A previous study on CoronaVac in adults aged between 18 and 50 also found that a third shot of the vaccine given six months or more after the second shot would result in a remarkable increase in antibody levels.

More than half a year after China launched the mass vaccination program, the Global Times learned from sources that the Chinese authorities and experts are discussing the need to provide booster shots and update Chinese vaccines to target the Delta variant.

Some Chinese experts also noted that it is necessary for people who will attend the 2022 Beijing Winter Olympics to receive booster shots as many of them may accept vaccines more than six months before, while crowds could increase infection risks.