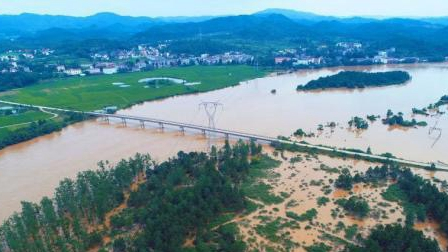 At least six people are confirmed dead and one is reported missing after hail and floods hit east China's Jiangxi Province, local media reported on Sunday.

The China National Commission for Disaster Reduction and the Ministry of Emergency Management (MEM) jointly activated a level-IV emergency response on Saturday.

Disaster relief supplies have been distributed by authorities to the affected residents, Xinhua reported.