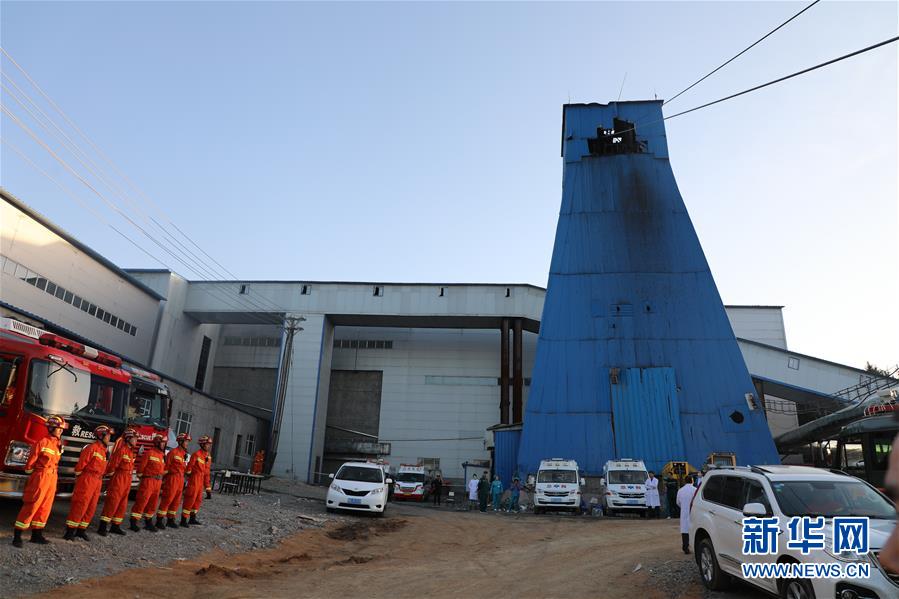 Rescuers were still searching for six trapped miners as of Sunday evening, after flooding in an iron mine trapped dozens of workers Friday in Xunke county, Northeast China's Heilongjiang province, the local government said on Sunday.

A total of 37 people had been lifted out of the Cuihongshan iron mine, with two rescued early Sunday morning.

Of those rescued, 21 are receiving medical care in local hospitals and their conditions are stable, the local government said. Among them, one suffered a fracture and 18 others were slightly injured.

An investigation of what caused the incident is ongoing.

"A preliminary judgment is that the accident was caused by a collapse during construction work underground, which caused the water to flow from a nearby river into the mine" said Zhu Haizhou, chief engineer from Hegang Group of Heilongjiang LongMay Mining Holding Group.

The accident occurred at about 3 am on Friday, when 43 people were working in the mine, according to the government.

Dozens of vehicles, including firefighting trucks, ambulances and excavators, were used in the rescue. Twenty-four pumps have been put into use and the underground water level in the mine has dropped 2.34 meters.

Furthermore, continued rain starting from Saturday evening has posed challenges for the rescuers. Workers finished diverting the river's water near the mine on Saturday morning to stop the source of flooding.

Gan Tijian, one of 35 miners rescued prior to Sunday, told the Beijing News that he was confused when water suddenly burst into the pit. Gan and his colleagues tried to get out of the mine with the help of steel slings and pipes.

According to the Heilongjiang Provincial Department of Emergency Management, Cuihongshan Mining Co, the mine's owner, was ordered to stop construction and correct 19 existing problems in February 2017, including safety loopholes in production and management.