The constant struggle of generations of foresters transformed Saihanba from the barren desert to a “green Great Wall.”

Behind this miracle near Chengde, North China’s Hebei Province, are people like Chen Yanxian and her five classmates. 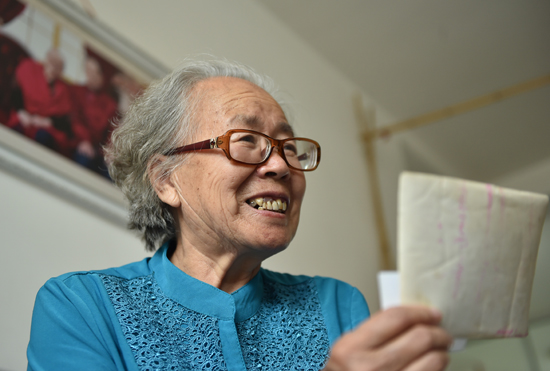 They were among the first batch of workers on the project to transform Saihanba from a desert to a forest.

In 2017, Saihanba became the world’s largest man-made forest, covering 75,000 hectares. On December 5, 2017, Chen Yanxian, representing the Saibahan Afforestation Community, stepped up to a podium and spoke during an award ceremony in Africa, where the community received the Champions of the Earth Award, the United Nations’ highest environmental honor.

“During my speech, when I said that planting trees brings beautiful scenery, and sowing the seeds of hope leads to a better future, the audience applauded, showing the world’s affirmation of China’s efforts in afforestation,” Zhang said, recalling those moments.

A duty to bring the desert to life

“At that time, we didn’t think we were great. We always felt that we just planted trees, kept them alive, and turned the barren hills into green ones,” Chen said with a smile, recalling her experiences of taking the lead in the afforestation of Saihanba.

“I am an ordinary forester. We fulfilled the tasks assigned by the Party and the country, and accomplished the mission of our generation. We have met the expectations of the Party and the Chinese people to turn the barren wilderness of Saihanba into dense forests. This is our duty.”

In 1964, Chen, then 19, was about to graduate from high school. Back then, people usually said, “You can pursue your education and make a greater contribution to the country if you are admitted to a university; or you can go to where you are most needed in the country.”

Right before China's national college entrance examinations, or gaokao, Chen and her five roommates every night discussed their options after graduation in the dormitory after completing their studies.

Ignoring their families’ opposition, the six girls gave up opportunities for college and applied to join the afforestation work in Saihanba. 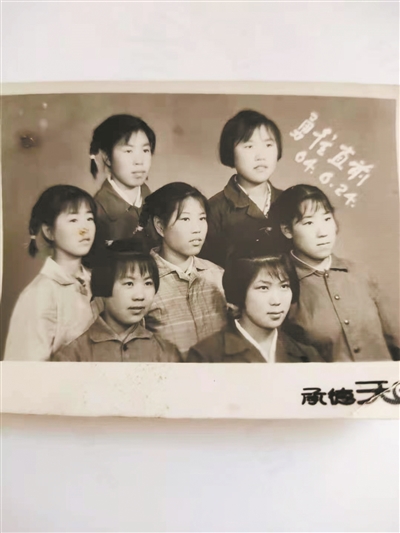 Before arriving at the headquarters in Saihanba, the six girls assumed the place was just like the countryside of Chengde at worst. However, the harsh living conditions and the hostile environment were far beyond their expectations.

Saihanba was more than 1.5 kilometers above sea level. As early as August, fall arrived, and the place was covered with sand and yellow grass. When it was windy in North China, a scene of desolation appeared.

Chen said that the tough life and the harsh environment did not spoil their passion for work.

“When I got into my work and saw everyone working hard despite the rough conditions, I was happy. Later on, whenever we completed a task, we were much more cheerful, believing that we were one step closer to the goal of turning the place into dense forests. The joy was beyond words,” she noted.

At that time, everyone got a technical manual and had to work strictly in accordance with the standards in it. The trees could die when any of the standards was not met.

Chen still remembers that they “needed to plant the seedlings on the seedbed at a constant speed. If it was too fast, the seedlings had barely enough time to be properly sowed, and if it was slow, the number of seedlings sowed could exceed the standard. Transported from Northeast China, or even imported from abroad, the seedlings were expensive. Therefore, we took the work seriously. We practiced thousands of times in advance until our arms were too swollen to lift and until we got blisters on our hands. Only when the technical requirements were all met could we dare to sow, ensuring that every precious seedling would not be wasted.” 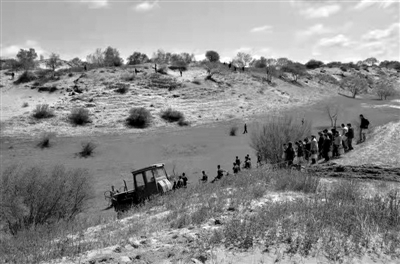 Saihanba used to be a desert 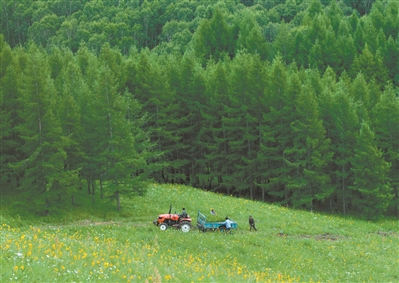 Saihanba is covered by trees now.

In Chen’s view, under such harsh natural conditions, growing trees from seedlings and turning the wasteland into a green home, was impossible without the fearlessness of hardship and joint efforts of all workers.

In 1962, when afforestation first started, at most six or seven of 100 seedlings could survive. Through continuous review of experience and improvement, the survival rate of seedlings reached more than 95 percent by 1964.

Looking back at the years in Saihanba, Chen said she believed that spending decades of her life there benefited her a lot.

“Our job was to plant trees. Although it was ordinary, I feel most proud in my life that we have turned Saihanba into a place with dense forests through our hard work and won UN recognition.”

She felt that the efforts made by foresters in Saihanba were worthwhile.

Saihanba is now a park, and has brought a better life to the residents.