BEIJING, Sept. 26 (Xinhua) -- A number of daily actions such as taking the subway, paying utility bills online or simply walking will earn users "green energy" points, and once they reach a certain amount, a real tree will be planted. 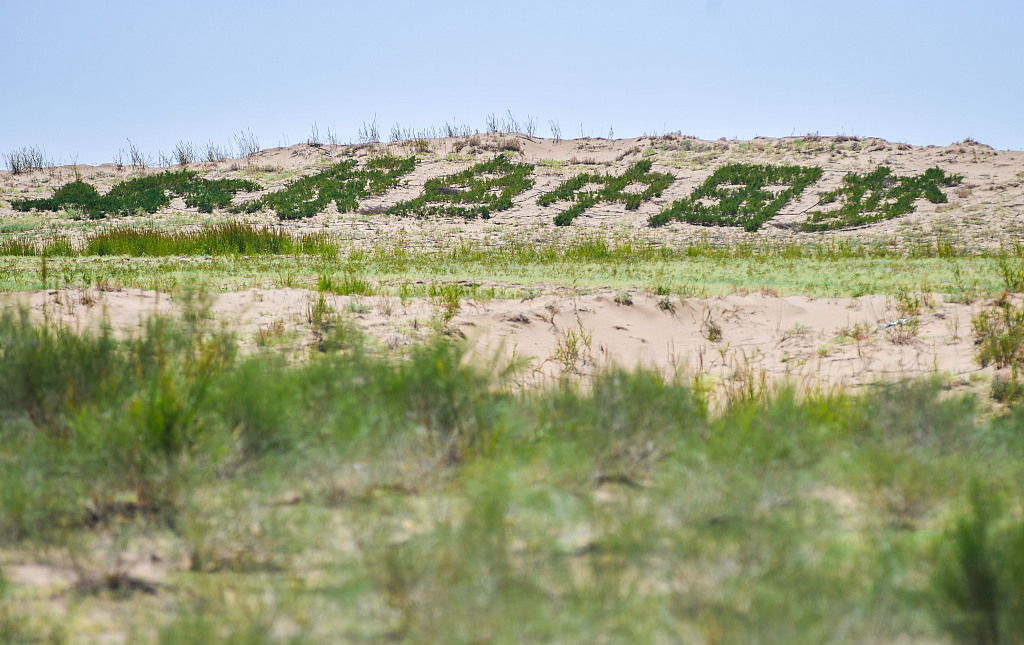 Many Chinese netizens have planted trees through the popular Alipay Ant Forest activity, which was launched on Alipay, a leading mobile payment platform in China, by Ant Financial Services Group, promoting greener lifestyles by inspiring users to reduce carbon emissions in their daily lives.

Last week, Ant Forest won the 2019 Champions of the Earth award for turning the "green good deeds of half a billion people" into real trees planted in some of China's most arid regions, according to a statement from the UN Environment.

Since its launch in August 2016, Ant Forest and its NGO partners have planted about 122 million trees in China's driest areas, which include regions in Inner Mongolia, Gansu, Qinghai and Shanxi.

This is one of the ways that the relay of planting trees is carried on today. The relay, slow but significant, actually started decades ago and has turned into green miracles.

In north China's Hebei Province, one such green miracle was made thanks to generations of persistent efforts.

Saihanba, about 400 km north of Beijing, almost became a wasteland in the 1950s. To change the situation, hundreds of people began to plant trees in 1962.

Planting trees was tough in Saihanba, where winter could last seven months and temperatures could drop to minus 43 degrees. Trees had to survive drought, frosts and pests.

Over the past years, three generations of green enthusiasts from Saihanba have managed to turn the once barren land into a vast forest covering about 93,000 hectares.

Saihanba has become an important ecological shield for Beijing and Tianjin, critically important to water and air quality for the Beijing-Tianjin area.

In 2017, the Saihanba afforestation community also won the UN Champions of the Earth Award for its outstanding contribution to the restoration of degraded landscapes.

In past decades, China has invested enormous efforts in green development, including the adoption of the world's first law on tackling desertification, the return of farmland to grass and a ban on natural forest logging.

In the 1980s, China enshrined environmental protection as a fundamental national policy. The sustainable development strategy was formulated and put into practice in the 1990s. Since 2012, the development of ecological civilization has gained greater momentum.

Now the country follows a maxim illustrated in the catchphrase: "Lucid waters and lush mountains are invaluable assets." China has promised to increase its forest coverage to 23.04 percent by 2020, and to 26 percent by 2035.

A study using data from NASA satellites shows in February that China had contributed to at least one-fourth of the increase in the global green leaf area since the early 2000s.