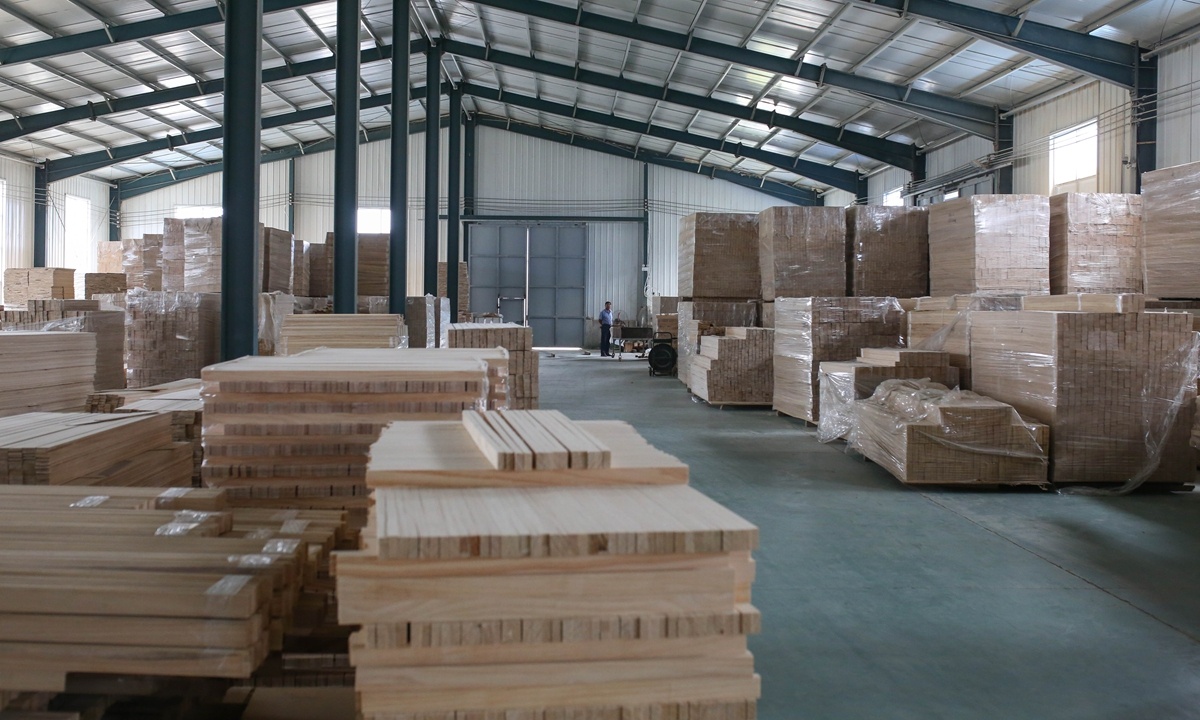 Two workers lift up a coffin in a factory in Caoxian county, East China's Shandong Province in July 2019. (Photo: IC)

According to Liang Huimin, deputy Party chief and head of the local government, the county produces 90 percent of the coffins in Japan, adding that hundreds of thousands of local people are engaged in the wood-crafting industry.

Timber resource has made the county a manufacturing base for coffin production since early 2000, according to local people. Although China's funeral industry reform does not support burial in the ground, leaving weaker market for coffins, Caoxian county has found a way out to export coffins abroad. 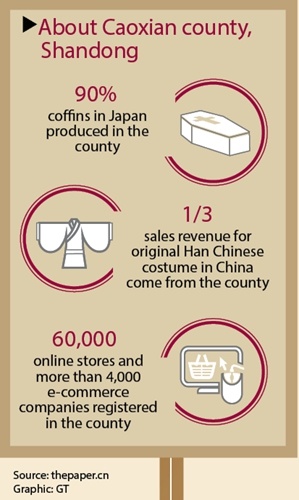 The Japanese people prefer paulownia wood for coffins, and Caoxian county happens to be China's largest paulownia processing base as well as the country's largest board processing base, a manager at Heze Dehong Woodwork Co, surnamed Tian told the Global Times on Tuesday, adding that the processing of Japanese coffins in the county has an advantage of natural raw materials.

Caoxian county is home to the important wood panel production industry and the largest paulownia wood trading distribution center in China, with more than 600 enterprises of various types and more than 60,000 employees. Each year, around three million cubic meters of timber are processed, creating an output value of 50 billion yuan ($7.82 billion), according to media reports.

Like most of his fellow craftsmen, Sun Shisheng, the manager of Dahengxing Woodwork started making coffins in 2003.

"At the beginning, we only sold wood panels to Japanese traders who then made into coffins," Sun said.

Due to the high labor costs in Japan, Japanese companies came up with the idea to import ready-made coffins from China.

"At that time, the monthly salary of a Japanese worker is more than 10,000 yuan while that of a worker in Caoxian county is 500 yuan," Sun said.

Gradually, more and more wood-processing companies have shifted into coffin manufacturing and built a database of Japanese clients.

Sun's company export 60,000 sets of coffins to Japan each year with the price ranging from $50 to $100, a relatively small scale, he said.

The Heze Dehong Woodwork produced 220,000 sets of coffins in 2020, which were all exported to Japan, according to Tian. The company purchases a total of 400 cubic meters of plates every month. The total number of orders in 2020 remained almost the same with orders in 2019. 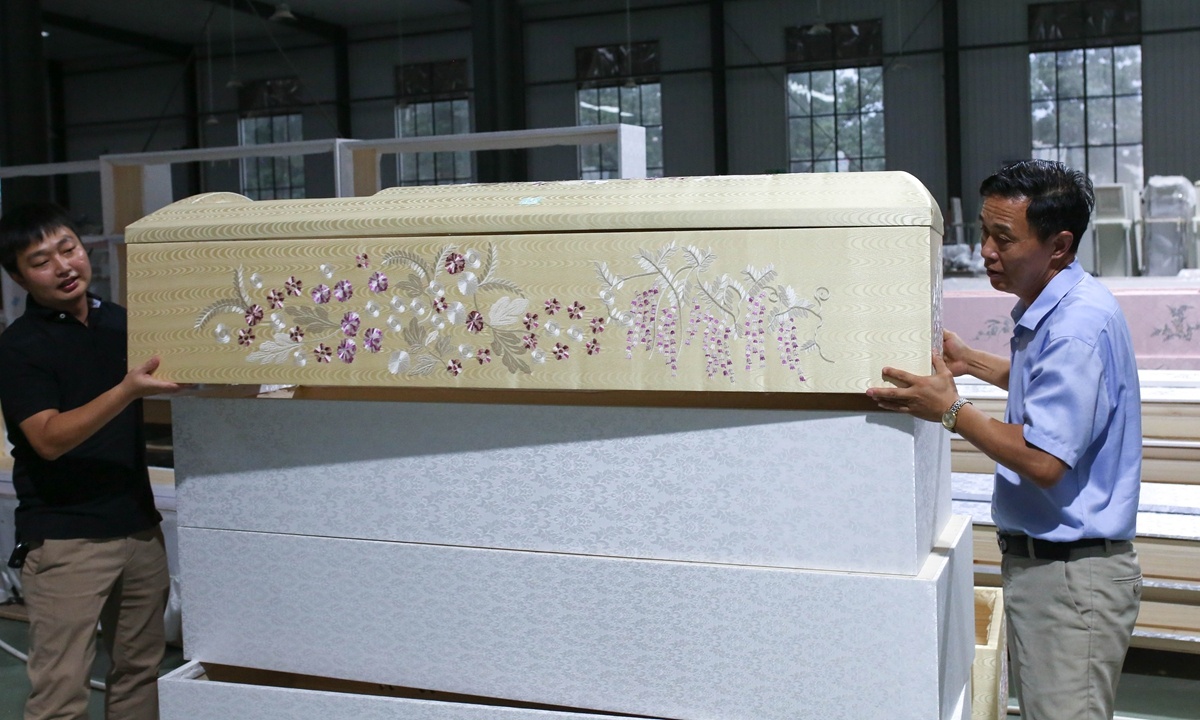 Wooden plates pile up in a factory in Caoxian county. Every day, a train carrying wooden plates comes to the county and takes made coffins to other parts of China, even the world. (Photo: IC)

Unlike Chinese people who see coffins as unlucky, Japanese people attach great importance to the afterlife and see the coffin as the last gift given to the dead by the living, according to coffin manufactures.

It usually takes more than 30 processes to complete a coffin, which is mostly done manually. During processing, workers must ensure that their hands are clean, even nails should be cleaned prior to work.

Sun said that when he started the business, some Japanese clients even flew to the county to oversee the process and helped train the workers. His plant has hired 60 staff, many of whom have been in the industry for 20 years.

"My Japanese clients would demand that the coffins are made by veteran crafters," Sun said. "There should not be any defects in the appearance, otherwise the coffins will be returned."

At the beginning, the factory has difficulty in hiring, as local people tend to believe it is not lucky and be scared of making coffins.

"However you can't tell it is a coffin by the look," Sun said. "The packaging is very good almost like a piece of artwork," adding that they have coffins in a range of colors including red, blue, green, white and black.

Producing Japanese coffins today still remains a labor-intensive industry, so automation is needed to reduce the cost of human resources as the cost continues to rise, Tian said, noting that new designs are developed in real time to match changes in Japanese customs and habits.