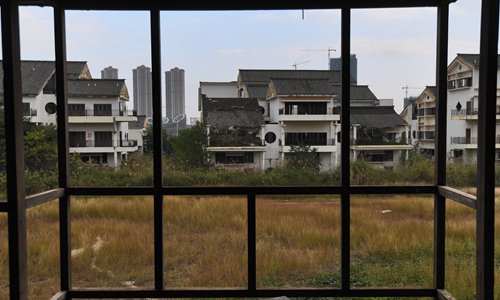 He found that Shiling has become less populated and more dilapidated.His findings were echoed by a report by Wu Kang, an associate professor from Capital University of Economics and Business, which shows that between 2007 and 2016, 84 out of 694 Chinese cities have "shrunk" after experiencing a decrease in their population for at least three consecutive years. In the past five years, China's urbanization rate has climbed from 52.6 percent to 58.5 percent, according to the 2018 Government Work Report delivered by Premier Li Keqiang during the two sessions, meaning that over 80 million farmers have become urban residents during the period.Against this background, when it comes to urban planning, all city administrators stress "growing," as Long revealed to China Youth Daily, which he interpreted as "in line with the trend."Therefore it is hard for some of these cities to accept the fact that they are "shrinking." Long found that many cities in Wu Kang's report have undergone overall urban planning that aims to meet an anticipated population increase within 10 or 20 years.While most Chinese cities are experiencing economic restructuring, scholars believe that shrinking cities are part of the overall urbanization phenomenon taking place in the country, which "is not necessarily bad, but might be an opportunity for changes to take place."