CHINA Smaller Chinese cities are shrinking when country needs them most

Smaller Chinese cities are shrinking when country needs them most 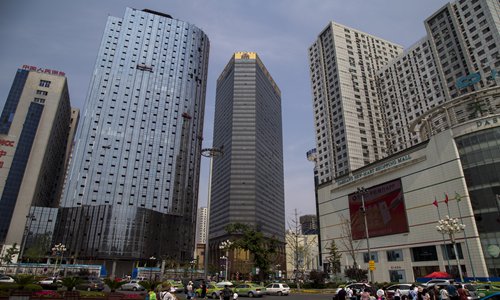 After years of fast growth, many smaller cities in China, particularly those facing economic hardships, are losing people and vitality, adding pressure to the nation's economy as it faces downward pressure and counts on robust domestic consumption for growth.While most third- and fourth-tier cities saw strong population gains between 2012 and 2017, some are now adding as few as several thousand people a year, financial news website yicai.com reported on Wednesday.Numerous recent reports have also painted the same grim picture of shrinking Chinese cities. A recent study by Wu Kang, a professor of urban planning at the Capital University of Economics and Business, found that 84 cities saw population declines for three or more consecutive years between 2007 and 2016. Another study by Long Ying, an urban planning expert at Tsinghua University, and several colleagues showed even more Chinese cities - 180 in all - had lost population between 2000 and 2010.Apart from slowing natural growth in population, small cities such as those in old industrial bases in Northeast China are even losing people, according to media reports and experts. For example, in Northeast China's Liaoning Province, the vast majority of cities such as the steel production base of Anshan lost more than 100,000 people between 2012 and 2017, yicai.com reported."It is a big problem for small cities that thrived on natural resources," Liu Xuezhi, an economist at Bank of Communications, said. "On the one hand, their struggling economies could not provide jobs for the local people, so they left. On the other hand, without a sufficient work force, how can they develop their economies?"Amid a labor shortage, there have been numerous media reports about how Chinese cities, including those in the second and third tiers, have fought to attract talent, offering everything from hukou (household registration permits) to housing to cars.Big challenge"I think it has become a consensus that a shrinking or aging population could be a big challenge for the Chinese economy in the long run," Liu said, adding that shortages of labor mean a smaller production force and shrinking cities mean shrinking demand.Chinese officials have long cited the country's massive population and fast urbanization process as aspects of enormous untapped potential that could help cushion any challenge facing the economy. But increasingly, experts warn that the most populous country in the world - which has more than 1.3 billion people - might soon have a problem nobody expected: a shrinking population.China has in recent years moved swiftly to address what could be the major issue for the Chinese economy going forward. The country has changed its family-planning policies, taken measures to encourage more births, and moved to promote high-quality urbanization and industrial upgrading.This year's Government Work Report, released on March 5, stated that China will reform and refine relevant mechanisms and policies to promote coordinated development across regions and improve the quality of new urbanization."What makes the shrinking population worse is uneven development among different Chinese cities," Liu said. "That's why we frequently stress the need for coordinated development," he said.China has been focused on integrated development, announcing plans covering such areas as the Beijing-Tianjin-Hebei region, the Yangtze River Delta and the Guangdong-Hong Kong-Macao Greater Bay Area.Such plans could be benchmarks for development in other Chinese cities, according to a report from the China Development Research Foundation and PricewaterhouseCooper, which was shared with the Global Times on Wednesday."With particular attention to technological innovation, regional coordination, opening-up and infrastructure interconnection, this benchmark for high-quality development can further propel national economic development," it said.