ZHENGZHOU, April 10 (Xinhua) -- As Shi Changsuo presses a button on the remote in his hand, a dozen sprinklers start working. In less than a day, his 0.4-hectare cropland gets irrigated. 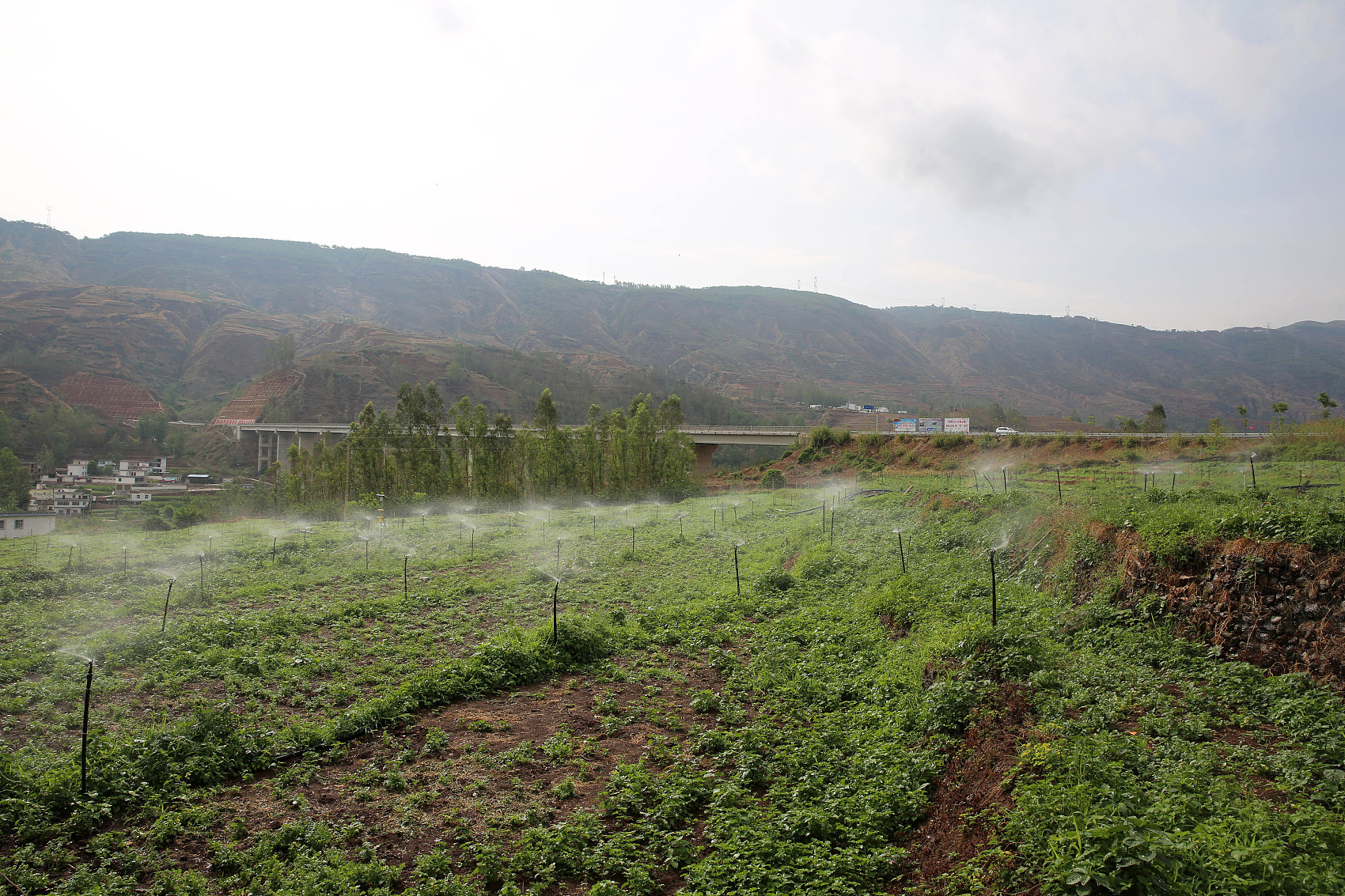 Modern irrigation contrasts with the days in the 1980s when villagers like Shi in the rural areas of central China's Henan Province had to wait in line and water their crops day and night with the help of pumps and pipelines.

"Compared with the traditional way, this method of irrigation saves water, time and energy," said Shi, 54.

Shi's farmland is part of the high-standard farmland demonstration area that spans more than 600 hectares in Weishi County of Henan. The area has introduced sprinklers, drip irrigation and other advanced irrigation facilities.

This year alone, an additional 1 million hectares of farmland will have water-saving irrigation facilities, according to the Ministry of Agriculture and Rural Affairs.

On another plot in Weishi County, retractable sprinklers are buried underground. Farmers can turn on the system using their cellphones before sprinklers automatically pop out of the ground and start spraying water all around, covering 360 degrees.

"The irrigation system hidden underground does not affect plowing and fertilizing. It also saves up to 65 percent water compared to traditional irrigation," said Chen Leiyang, a specialist maintaining the system.

Henan is a major agricultural province with limited water resources. Local people have a long tradition of seeking ways to save water in the process of farmland irrigation.

In the 1950s, farmers in Dongsizhuang Village in the city of Yanshi started using a rubber ball to control the water outlet of the underground earthenware waterway.

"The floating rubber ball could block the water from flowing out of the outlet, and we could have water by simply pressing down the ball with a wooden stick to unblock the outlet," villager Lyu Shaowu, 79, recalled, adding that compared with mud ditches, earthenware pipes had prevented water leakage to a large extent.

Lou Shiqiang, Party head of Zhangshi Township of Weishi County, said the township introduced a 5G intelligent agricultural project to analyze the monitoring data on seedling conditions, weather, soil moisture and insect conditions so that farmers are informed of a scientific way of irrigation, like when, how much and how to water.

"Water conservation is the lifeblood of agriculture, and science and technology are the way out for agriculture," said Lou.