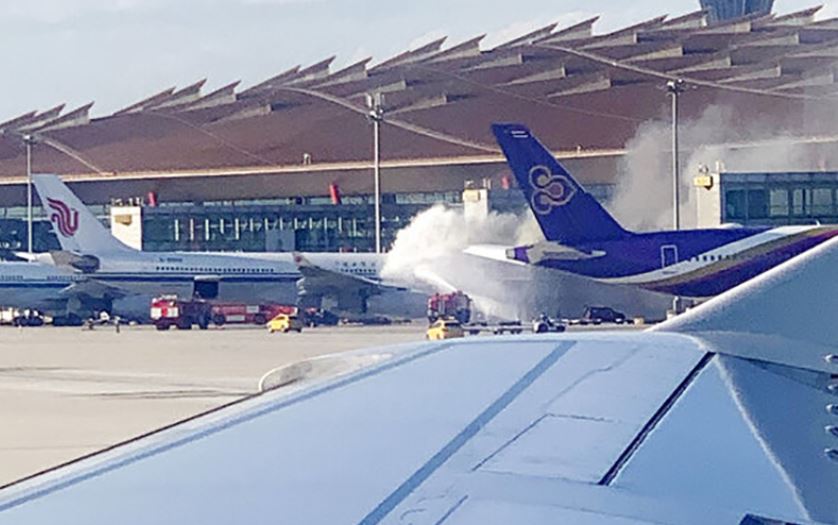 An airplane preparing for takeoff in Beijing was evacuated on Tuesday after smoke was discovered in the jet, Air China said.

Crew members immediately took steps to extinguish the smoke billowing from the cargo cabin of flight CA183, which was scheduled to fly to Tokyo, the airline said in a statement. All the passengers were evacuated safely, it said.

The company is investigating the cause of the accident, it said.

No fire was detected in the plane, according to Beijing News, a local newspaper. As of 6 pm, two hours after the accident, most flights in Beijing Capital International Airport were operating normally, and the affected flight was canceled, the newspaper said, quoting the airport authority.