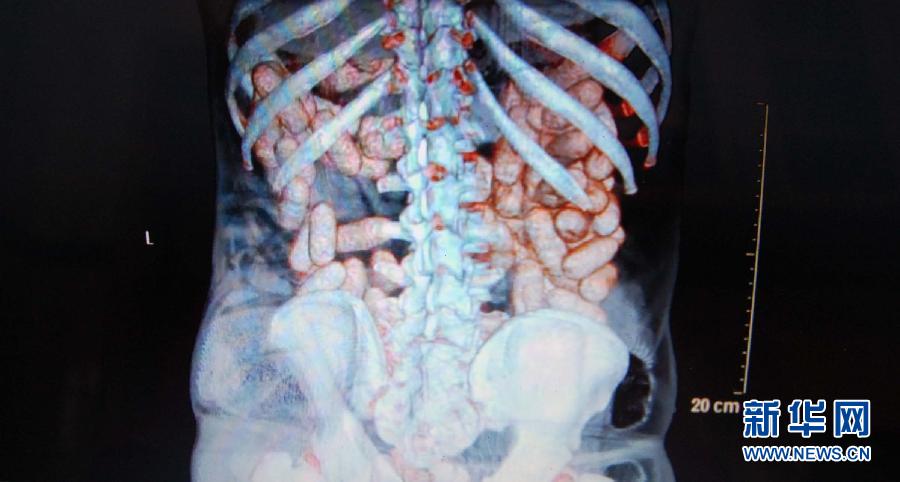 Chinese police have busted a cross-border drug gang, seizing 37 suspects, including four from Myanmar who had swallowed 183 packets of drugs to smuggle, authorities said Sunday. Yinbin City police, in southwest China's Sichuan Province, caught the four smugglers in May when police officers found them behaving suspiciously during a regular check. Police carried out X-rays and discovered a number of thumb-size shadows on their stomachs. The four suspects eventually excreted 183 plastic drug packets, weighing a total of 916 grams. The drugs included heroin, methamphetamine and yaba (a stimulant composed of methamphetamine and caffeine), police said. The investigation found the four men had been asked smuggle the drugs from Myanmar to Chongqing, and promised 260 yuan (40 US dollars) for each packet successfully transported. The other gang suspects were caught by police in Chongqing City and Yunnan over the past few months. Among the 37 suspects, six were Burmese. So far, police in the case have seized more than 440 grams of methamphetamine, 26 grams of yaba, over 1 kg of heroin and eight guns.