Tengchong and Longling in Baoshan city, and Ruili and Longchuan in the Dehong Dai and Jingpo autonomous prefecture are home to many ethnic groups in the mountains of Yunnan province. With the exception of Longling, they sit on China's border. 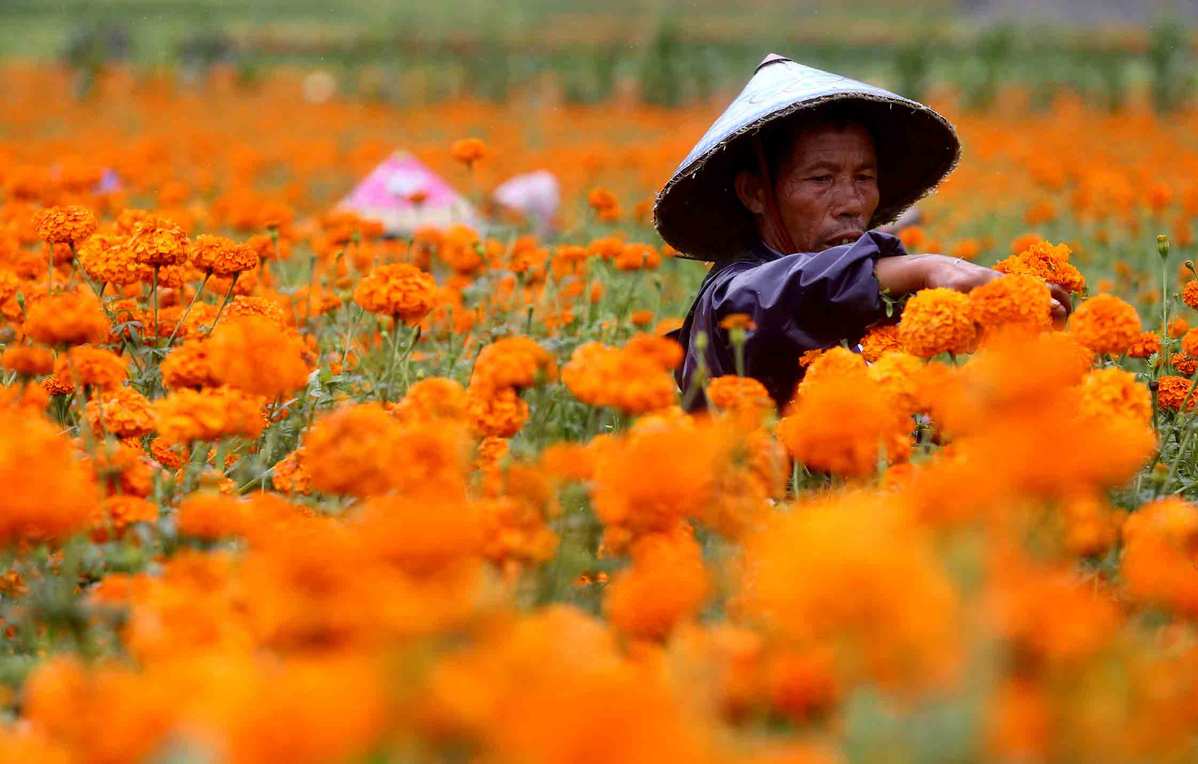 Because of their remoteness and a lack of flat farmland, all the areas are a major challenge for Yunnan's poverty eradication campaign.

Over the years, local governments have helped many of the residents shake off poverty by developing tourism, agriculture and the jade industry.

Palian village in Tengchong was once only known for being rundown, however, it has become popular with visitors due to the development of tourist attractions.

Residents of Tengchong's Jietou township have cultivated hundreds of hectares of African marigolds. 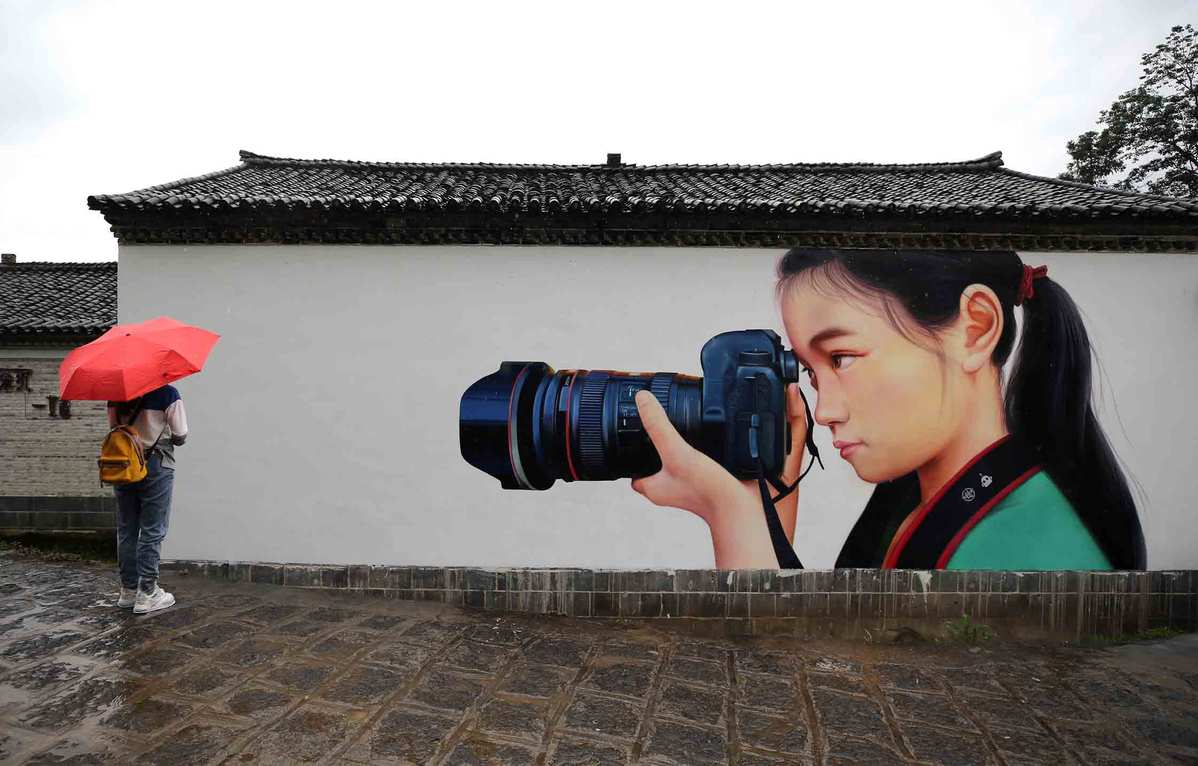 A visitor is drawn by a fresco on a wall in Palian village, Tengchong, Yunnan province, on Aug 17.

When the flowers are in full bloom in late summer, it becomes a tourist hot spot, with 200 restaurants opening to cater to visitors. Tourism has created jobs for nearly 2,000 local people, with 500 them from poor families.

In Ruili, the prosperous jade industry has created jobs for more than 60,000 people. 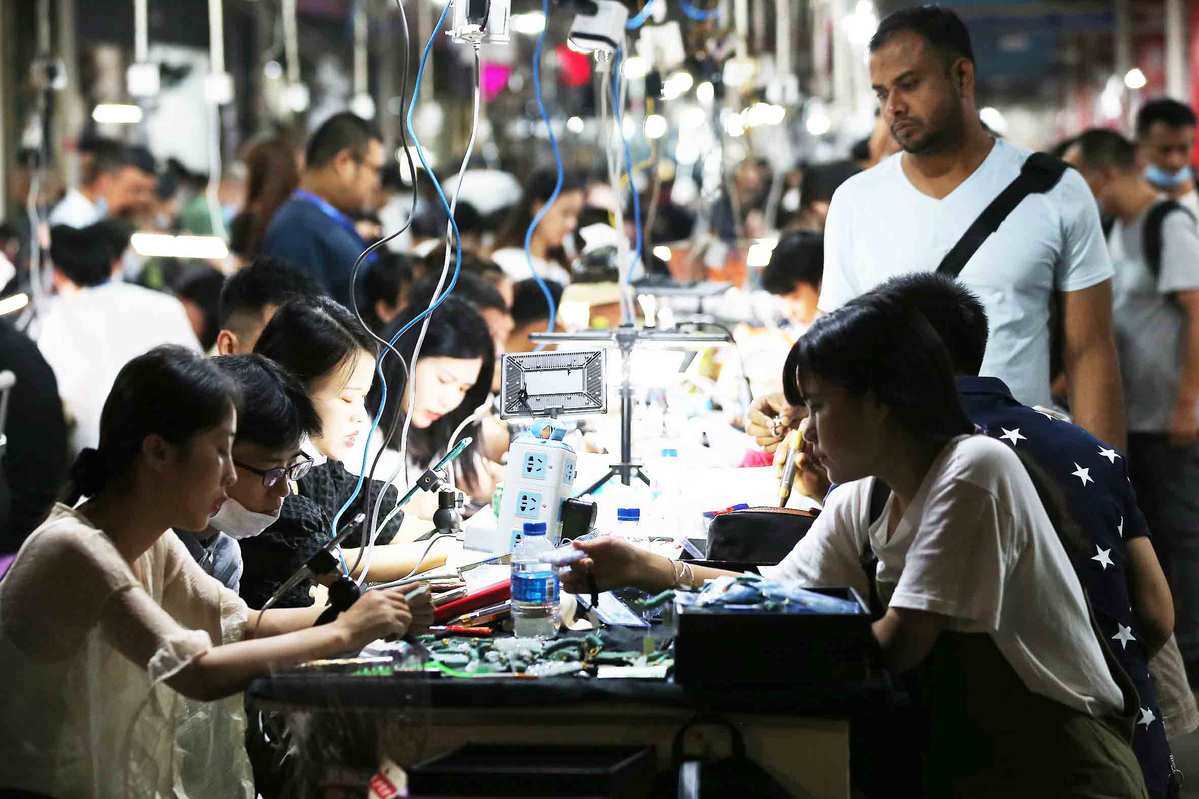 Jade items are prepared for sale via livestreaming at a trade center in Ruili on Aug 19.

So far, 5,000 families have cultivated 3,400 hectares of mulberry trees in the county to meet the demands of the industry. 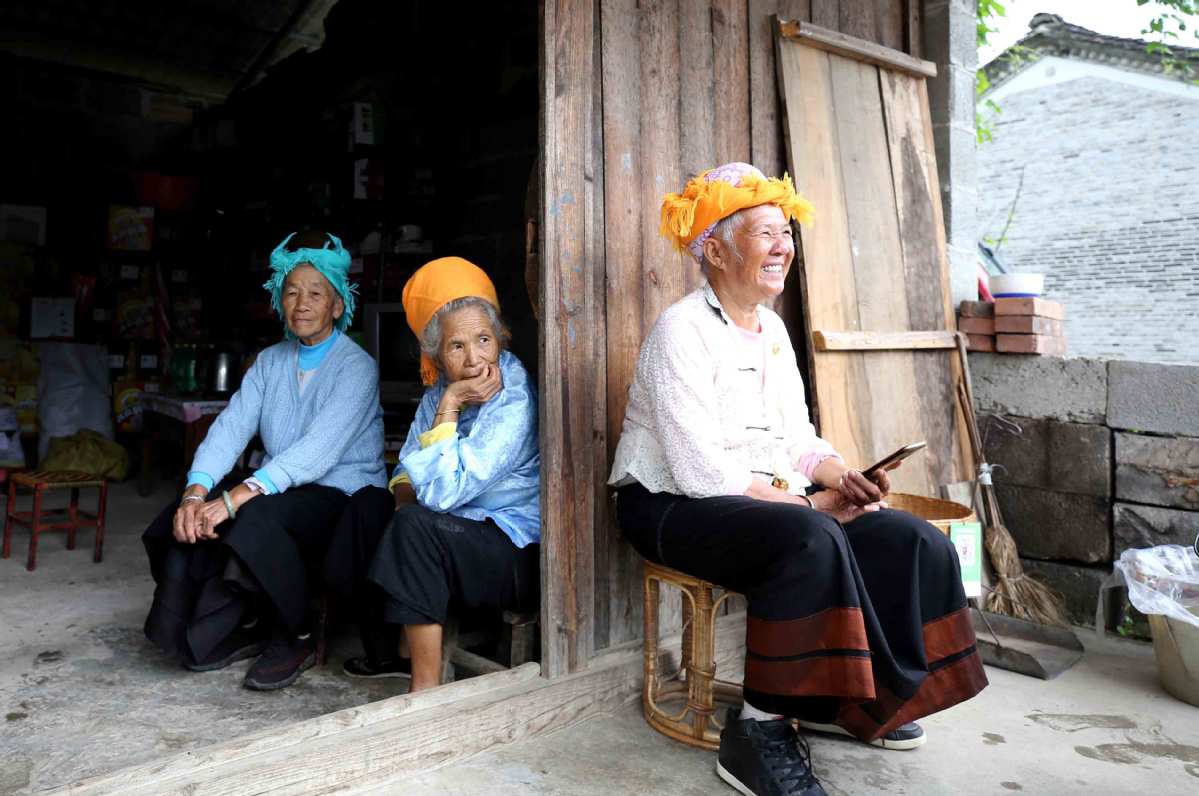 Nang Fenzhi (right) of the Dai ethnic group sings a folk song to welcome visitors at Palian village on Aug 27. 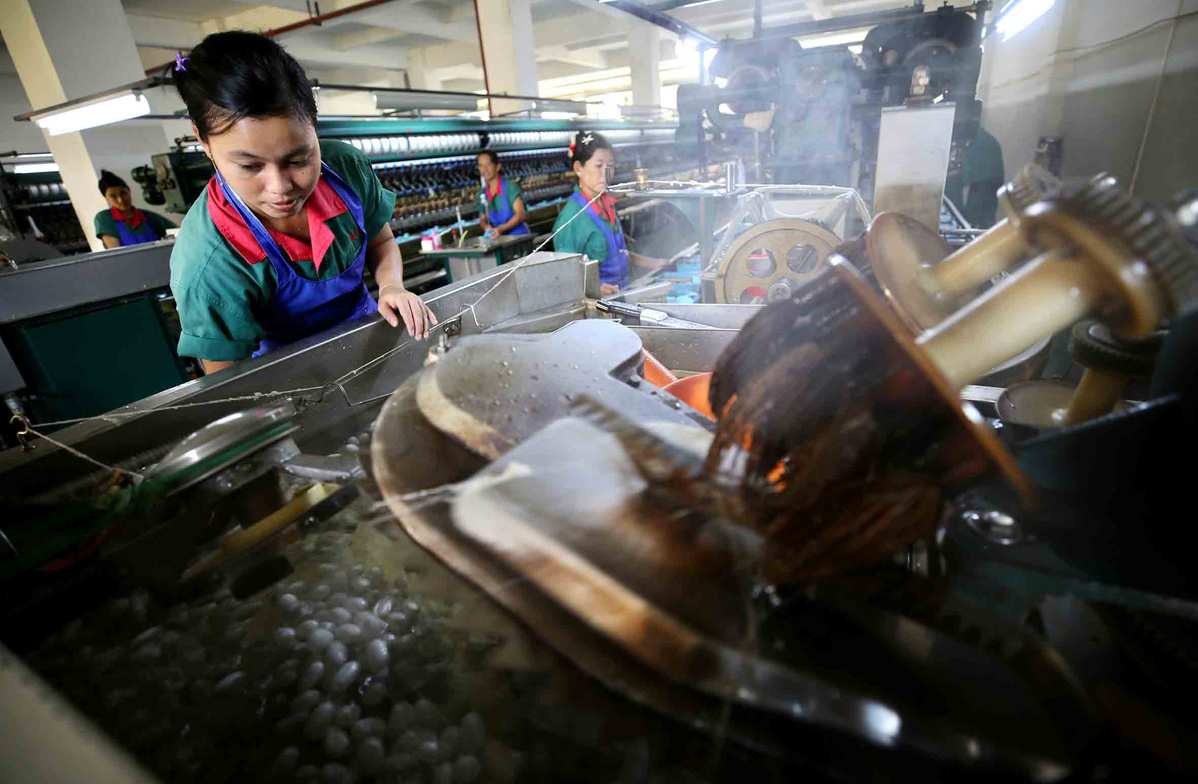 Workers process cocoons at a factory in Longchuan on Aug 21. Silk production has helped local people shake off poverty. 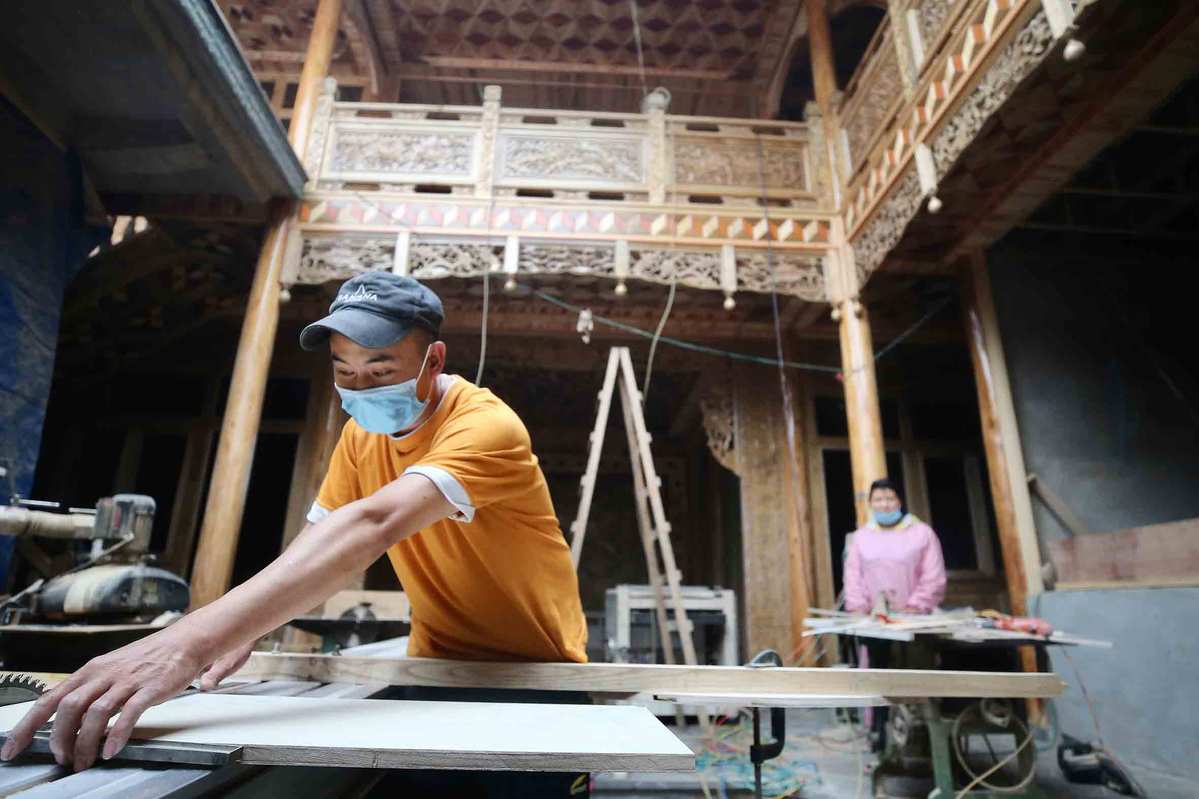 Residents of Xintaoshuhe village work on the renovation of their house on Aug 18. The village is one of Tengchong's 198 poor villages. 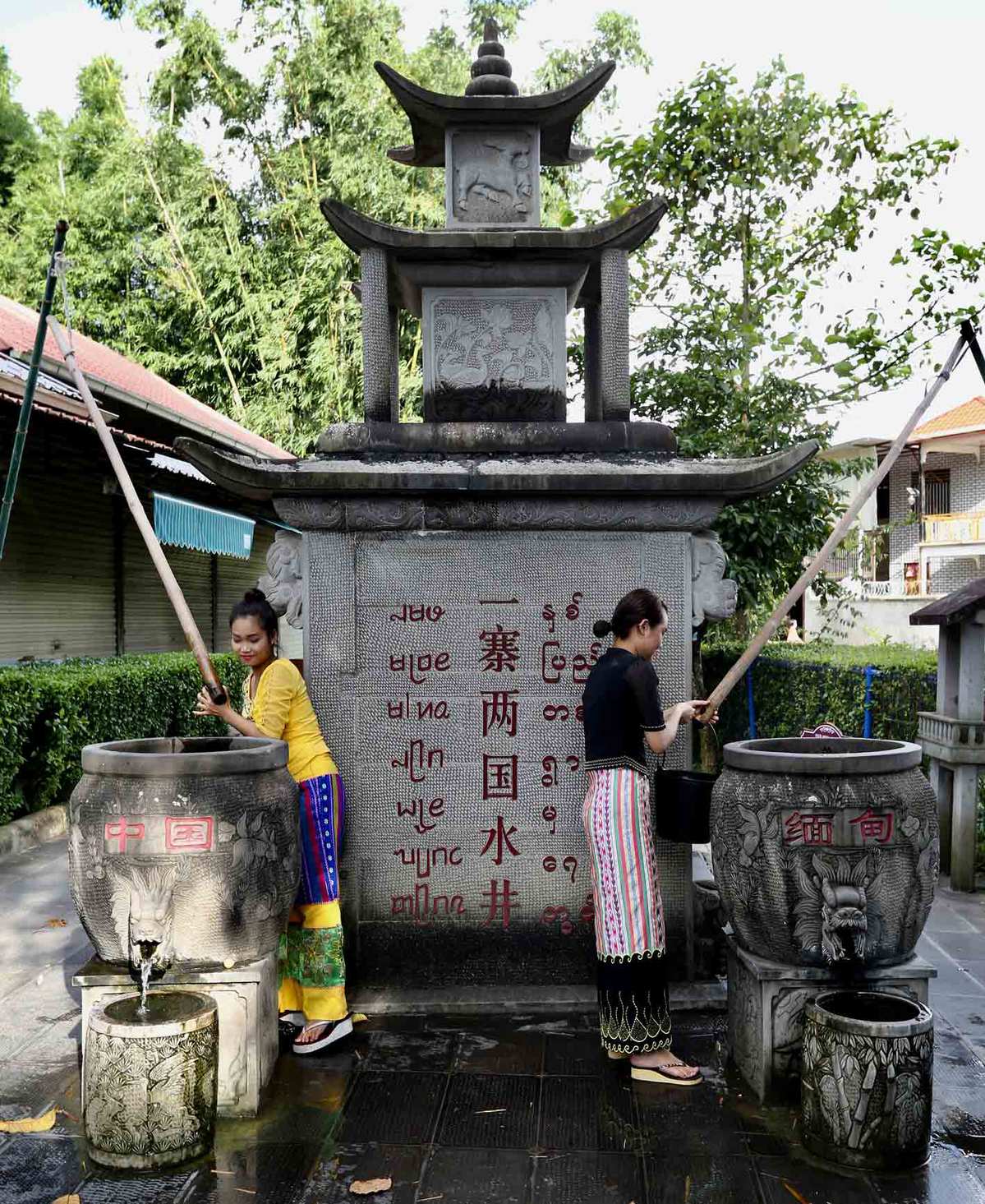 Residents of Yinjing village draw water from two wells, one inside the Chinese border (left) and the other in Myanmar, on Aug 20. The village in Ruili is split by the China-Myanmar border.