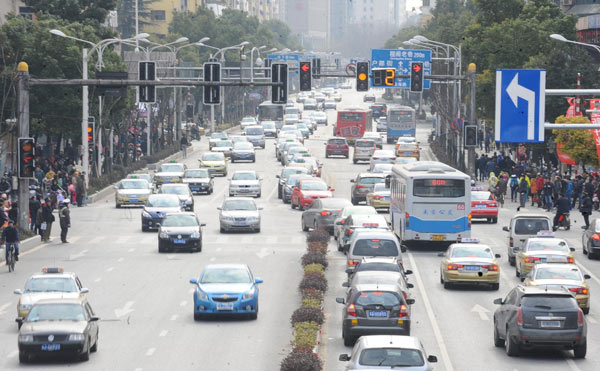 Citizens who wish to report a traffic violation they have witnessed can submit photos and videos they have taken as evidence to help incur a punishment, according to a draft traffic regulation revision, Beijing News reported.

Specifically, traffic offence photos and videos provided by entities or individuals can be admitted into evidence for proper punishment after authentication, according to the draft revision to the regulation on traffic offence handling procedures.

The draft, released on Monday by the traffic management bureau of the Ministry of Public Security, is seeking public opinion until Nov 27.

Traffic management authorities in many Chinese cities, including Beijing, Shanghai and Tianjin, have already been using photos and videos provided by citizens to investigate and punish traffic violations. Reports on certain traffic offences are rewarded with cash.

For instance, in Tianjin, those who report six kinds of violations, including red-light running, vehicles crossing solid lines and driving against the correct flow of traffic, will be rewarded 20 yuan ($2.83) for each tip-off. Those who report a motorist who intentionally covers the car plate or uses an altered or forged car plate will receive a 100 yuan cash reward once the police verify the information.