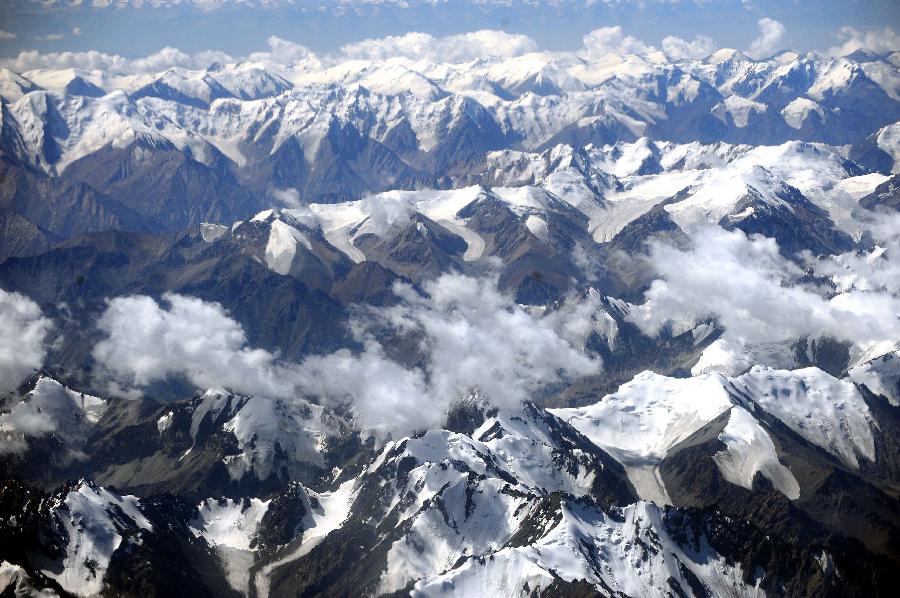 BEIJING, Jan. 14 (Xinhua) -- Snow depth in Tianshan Mountains has seen a declining trend in the last 100 years, according to a recent Chinese study.

Snow cover on the Tianshan Mountains in northwest China's Xinjiang Uygur Autonomous Region is an important source of water resources. Snowmelt provides an abundant water supply for river flow in this area and also affects the ecological system of agricultural and animal husbandry production in the downstream oasis.

Researchers from the Xinjiang Institute of Ecology and Geography under the Chinese Academy of Sciences analyzed the long-term variations in snow depth of the Tianshan Mountains.

The study was based on reanalysis datasets from 1901 to 2014 and observational data from 1961 to 2014 in the Tianshan Mountains. Researchers also applied the artificial neural networks method to reconstruct the historical snow depths from 1901 to 1960.

Results showed that snow depth in the region shows a downward trend in 1901-2014, with variation in different spatial and temporal scales.

The research proposed a method for developing historical snow depth for observation-limited areas, providing additional data for hydrological and ecological simulation. It also shed light on the response of snow resources to climate change, according to the research team.

The study was published in the journal Global and Planetary Change.