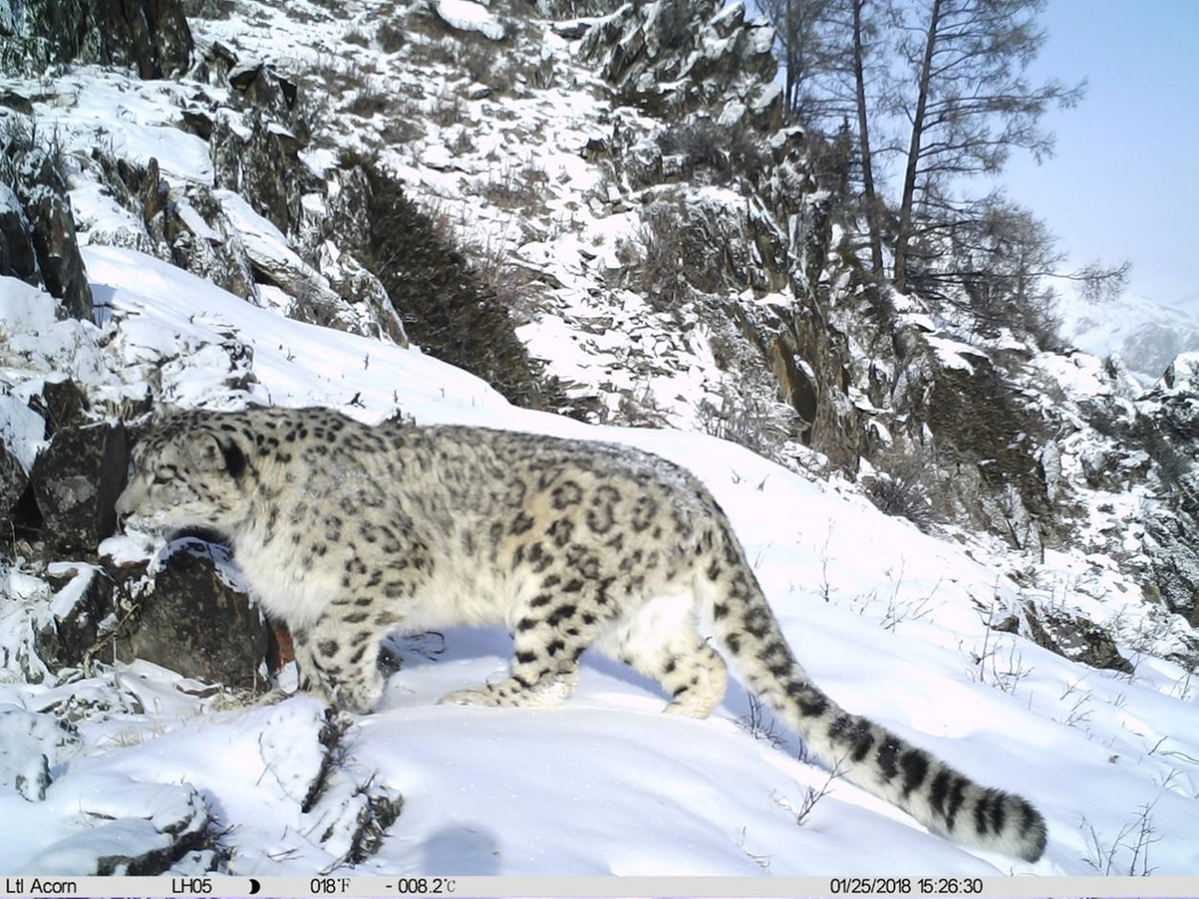 Clear snow leopard photos and videos were captured in recent days at the Altai Liangheyuan Nature Reserve in Xinjiang Uighur Autonomous Region after field monitoring work from May 15 to June 24, according to the World Wide Fund for Nature.

It’s the first time this year that infrared cameras captured snow leopard images, photographed between January and April in Kulmutu, 2,400 meters above sea level, as revealed by the World Wide Fund for Nature.

"The captured images of the snow leopard and a large number of wild animals in the monthlong research indicates that there is a small but relatively stable snow leopard population as well as a complete ecosystem in the area," said He Bing, senior program officer for the snow leopard from the WWF. 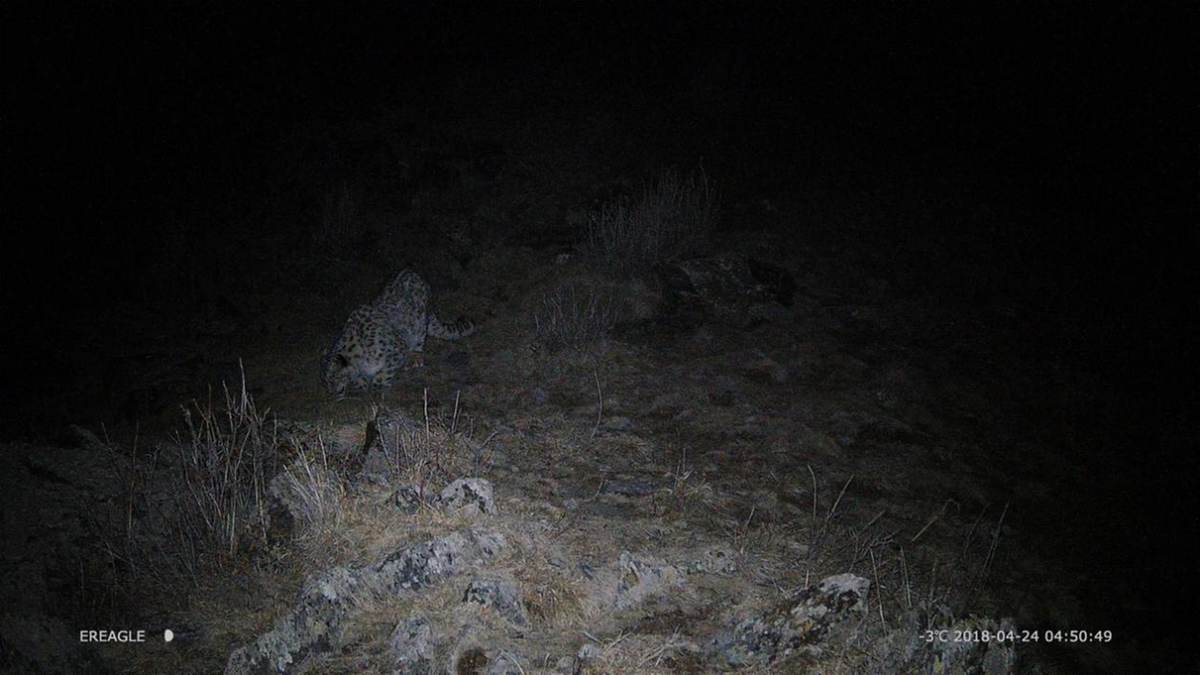 "The monitoring work fills in the blank for snow leopard studies in the Altai Mountains and provides important research information about the snow leopard and its alpine ecological protection in the region," he said.

The snow leopard was listed as Vulnerable on the International Union for Conservation of Nature Red List of Threatened Species in 2017 with its estimated world population spanning 4,678 to 8,745 animals.

China has the largest number of snow leopards and the largest distribution area among the 12 countries in the world within the snow leopard's range, according to the WWF.