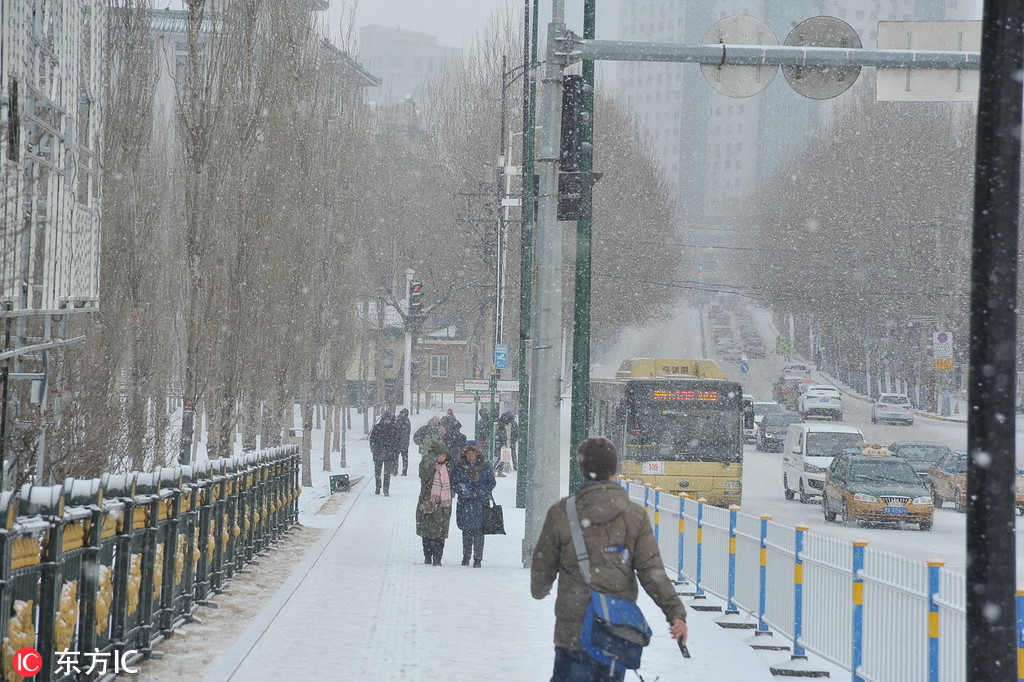 Snow and sleet are forecast to hit parts of central and eastern China this week, complicating travel during the Spring Festival holiday, government meteorologists said.

Accumulations of frozen precipitation on roads through Friday are likely to cause disruptions on major expressways just as holiday traffic is on the rise, officials said.

The cold wave had pushed the mercury down by 6 C to 9 C in the Xinjiang Uygur autonomous region as of Tuesday evening. The cold air is projected to move into many areas of China through Friday, the National Meteorological Center said on Tuesday.

Under its influence, large parts of Henan, Shandong, Jiangsu, Anhui and Shaanxi provinces were expected to see heavy snow or blizzards through Wednesday, with snow accumulations of 3 to 8 centimeters in some regions.

The cold spell's arrival coincides with chunyun, the annual 40-day travel period that started on Jan 21, as hundreds of millions of Chinese travel home for the Lunar New Year, which is next Tuesday.

"Frozen conditions will develop on major expressways in Shandong, Jiangsu, Anhui and Henan provinces, especially those in the northeastern parts of Anhui province and northern Jiangsu province, which will experience longer periods of icy roads due to low temperatures," said Fang Chong, the center's chief forecaster.

He suggested travelers planning to go through those areas pay close attention to local traffic conditions and take extra care when driving on icy roads.

On Tuesday morning, the center issued a national blue alert for cold－the least severe level－and renewed the alert later in the afternoon.

It added that temperatures in some parts of the Inner Mongolia autonomous region and Northeast China as well as some areas in the south along the Yangtze River will plunge by 10 to 12 degrees as of Friday, it said.