BEIJING, Feb. 9 (Xinhua) -- Snowfall is expected to sweep across many parts of central and northern China in the following days, according to China's national observatory.

The National Meteorological Center (NMC) on Saturday forecasted light and moderate snow or sleet in many regions of central and northern China from Saturday to Sunday. 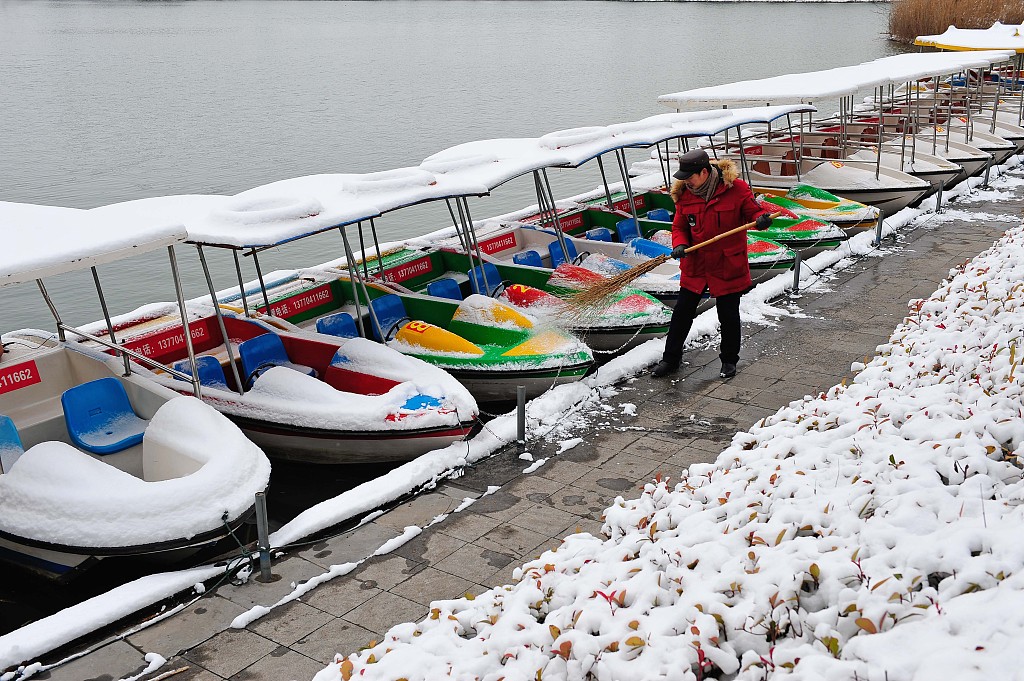 Heavy snow and blizzards are expected to hit areas on the Qinghai-Tibet Plateau and in China's northern provinces of Shanxi, Shaanxi and Gansu during the period, the NMC said.

The observatory also forecast that central and eastern areas on the Qinghai-Tibet Plateau will see strong winds and sharp temperature drops.

From Monday morning to Tuesday morning, snowfall will continue to hit northern China, with areas in Hebei province and Beijing expected to see light snow and sleet.