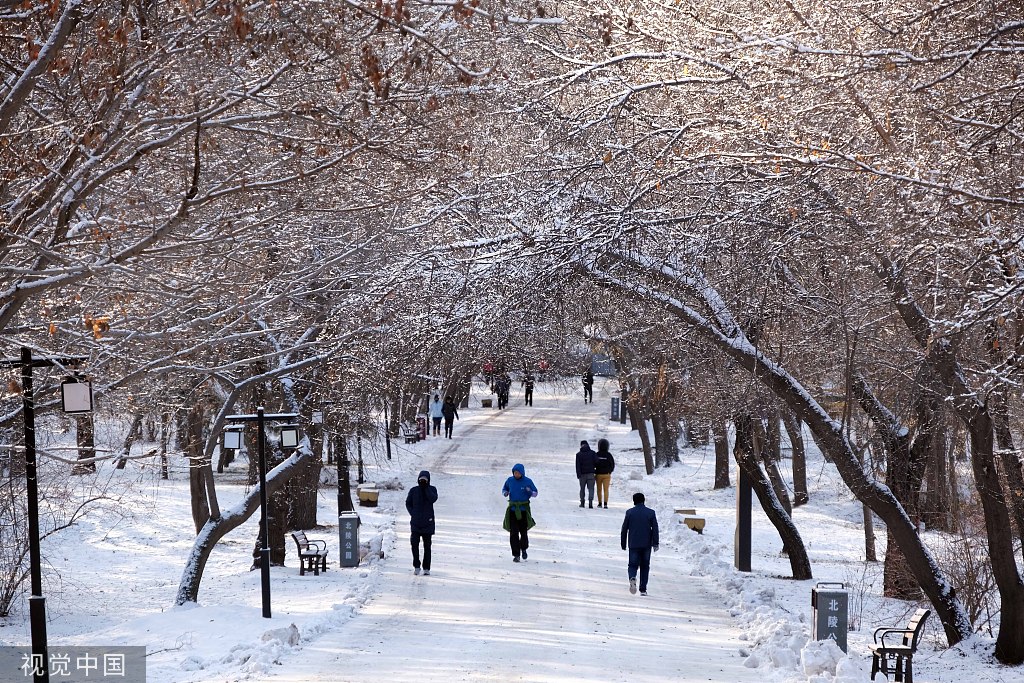 Strong winds and temperature drops will hit areas to the north of the Huaihe River, the observatory said.

Light to moderate snowfall will sweep the eastern parts of northwestern China, northern China and northeastern China from west to east.

The snowfall will be extensive, but not heavy as most areas will see light or medium snow, said Zhang Fanghua, chief forecaster of the NMC.

The snowfall can help increase soil moisture, but will affect traffic, and the public should be wary of the strong winds and temperature drops projected to come with the snowfall, Zhang said.