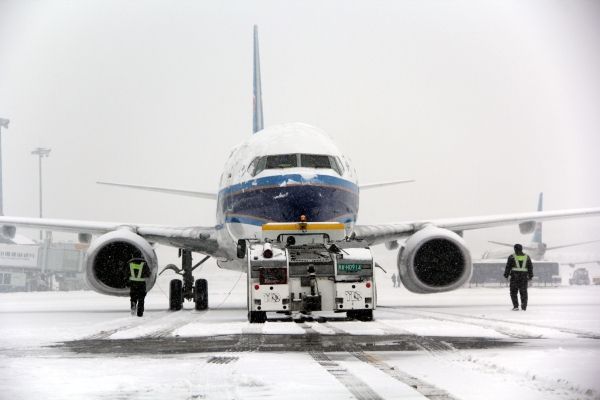 A snowstorm has caused temporary closure of an airport in Urumqi, capital of northwest China's Xinjiang Uygur Autonomous Region, resulting in cancellation and delay of flights.

Due to heavy snow that started at 4 p.m. Wednesday, the airport will be closed until 7:20 a.m. Thursday, according to the airport authorities.

The local observatory issued a yellow alert for the weather, recording an accumulated precipitation of 14.8 millimeters as of 10 p.m.

The snowstorm has also hit other areas in northern Xinjiang. It will last for hours and then bring low temperatures.