BEIJING, May 26 (Xinhua) - The so-called "Uygur Tribunal," set up by anti-China forces and groups, is a lie maker that aims to smear China's Xinjiang Uygur Autonomous Region and interfere in China's internal affairs, a Foreign Ministry spokesperson said Wednesday. 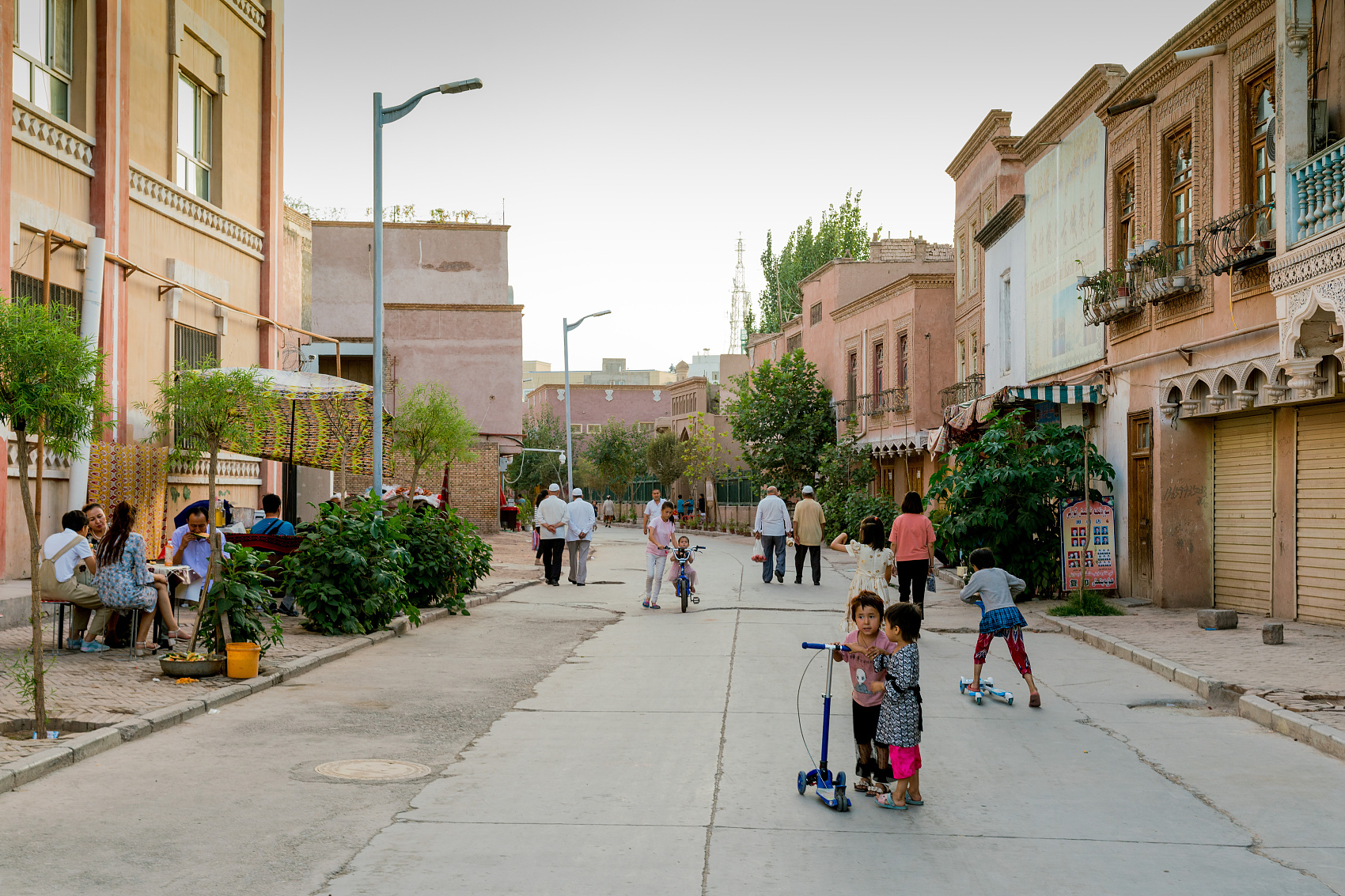 A view of Kashgar in northwest China's Xinjiang in August, 2018. (File photo: CFP)

It was reported that the so-called "Uygur Tribunal", set up by the anti-China forces in collusion with the "World Uygur Congress" and other "East Turkistan" organizations, is attempting to hold a "hearing" on the fake claims of "genocide" in the region.

In response, spokesperson Zhao Lijian told a daily news briefing that the "tribunal" neither represents the Uygur people, nor is it a tribunal at all, adding that it is a lie-making machine to attack and smear Xinjiang and interfere in China's internal affairs with the ultimate goal of splitting Xinjiang to contain China.

Noting that the setting-up of the "tribunal" has no legal basis at all, Zhao said it has no right to conduct any hearings and is trampling upon international law and insulting the memory of all victims of genocide throughout history.

This so-called "Uygur Tribunal" took the stance of presumption of guilt, then forged evidence and gathered so-called witnesses from those who turned out to be just a few anti-China activists full of lies, Zhao said. "We have repeatedly exposed it," he added.

"Lies will never become truth, even if repeated a thousand times," Zhao said, adding that the stable development and prosperity of Xinjiang and the fact that people in Xinjiang live a happy life will never be changed.