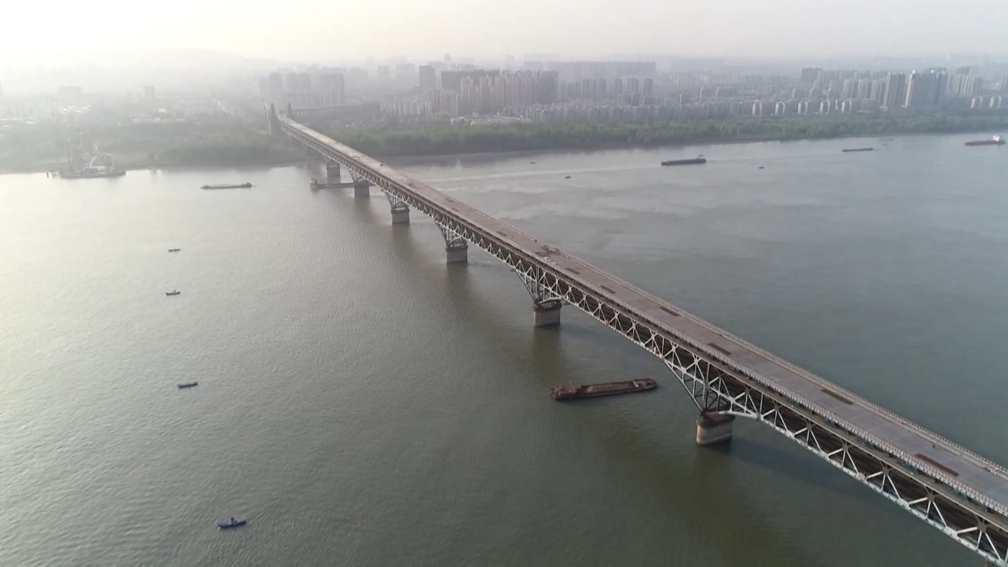 ‍The Nanjing Yangtze River Bridge is currently in the midst of a two-year overhaul. Following decades of congestion and being regularly overloaded, authorities decided to renovate this iconic structure in eastern China. Few structures across the country touch the hearts of locals in the same way as this 1,500-meter overpass.

Photographer Xue Xiaohong told CGTN that local people had a strong feeling for the bridge, not just for being a convenient traffic route but also its history. Xue and her partner have been avidly following the bridge's reconstruction since the day it commenced, recording what they see on the site with their cameras. “We care about the scheme, its timescale and quality of the reconstruction," Xue said.

But massive infrastructure projects like this generate all kinds of concerns nowadays, from health and safety to the environment and pollution. If these concerns aren't carefully dealt with, there's a likelihood they could get out of control. For this reason, authorities try to meet any local criticism head-on.

The local government had asked Zhou Yanhong and her team from a third-party organization to investigate any potential social discontent in the early stages of planning. Zhou said they aimed to learn more about people’s ideas and dissenting opinions on rebuilding the bridge and then form a report. They listed ten social risks, among which traffic conditions, safety, environmental and cultural protection were most important to the public. Their research works help prevent or solve the problems.

Residents living in the surrounding neighborhood told us that communications with relevant parties of the reconstruction project have helped them resolve commuting and lighting problems, but they still have gripes about noise and dust pollution. As the project reaches the half-way stage, Zhou’s team continues to ensure the local communities are satisfied with the progress.

More concrete action plans were then developed based on the investigation results. For instance, the report suggested that the extreme traffic congestion that would come about on both sides of the bridge during the renovation project was the primary concern of nearby residents, which called for a very tailored solution. Yang Tao, president of Nanjing Institute of Urban and Traffic Planning said they worked out a plan based on a detailed survey of transportation capacities and commuting preferences.

Yang pointed out that new transportation routes enabled them to divert 85,000 vehicles and over 200 thousand people from the closed bridge. “We've been tracking the traffic conditions in response to emergencies”, he said, “but we are very glad to see that the reconstruction has not caused uncontrollable congestion, and the social response has been good."

As the first domestically-designed heavy bridge in China, the Nanjing Yangtze River Bridge marked a breakthrough in Chinese bridge construction. It was also the instigator of impressive economic growth in the region. Its iconic architecture also made it a national scenic spot. Many also worried the reconstruction would harm the bridge's historic and cultural legacy. Hence the engineers have been paying particular attention to preservation.

Pang Jianguo, a director from the Nanjing Public Project Construction Center, said safety and durability are their priority when repairing the bridge. “But we also try to retain its original look so that our citizens won’t get injured”, he clarified, “The bridge has many salient features of the old days, like the status of workers, peasants and soldiers, magnolia-shaped street lights and carved railings."

In Jiangsu Province, investigations into potential social issues are applied to nearly all major public projects and policies, which generally have positive outcomes. But some doubt whether the government really expects such an open and unbiased assessment, as in some circumstances, revealing social discontent or any objections could hinder or even halt policy implementation.

Chen Lei, director of Nanjing Transportation Bureau, gave us an answer to this question. She said that the transportation Bureau had benefited a lot from social risk assessments. It helped improve their implementation and balance social development with personal interests. Chen added that the third-party assessment services they had purchased also showed government’s commitment towards fair, objective and professional decision making.

Although there is still room for improvement, Chen says the assessment work itself – just like the Nanjing Yangtze River Bridge – brings the government closer to the people. Over the past forty years of reform and opening-up, the Chinese government has been making great progress in terms of decision making and policy implementation. Social risk assessment, as one of the successful attempts, has, in turn, led to more robust economic growth and social stability.