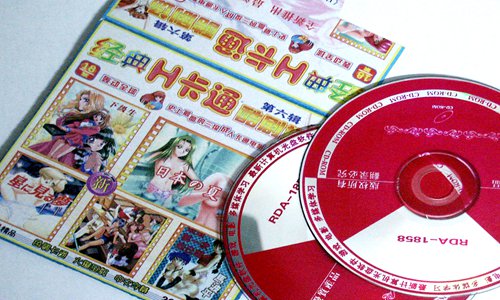 Douya, a single mom, no longer allows her 10-year-old daughter easy access to the mobile phone or computer. The only time that the girl can surf the internet is weekends.
Douya took the decision after coming to know something that shocked her. A teenager was having an online love affair with her daughter.
Driven by suspicion and the fear that it can damage her daughter's future, Douya scanned the chat record of the two young children on social media QQ.
What she saw there shocked her. Laced with obscenities and profanities, the chat history showed that 15-year-old Kelisi was trying to seduce Douya's daughter, who has Asperger's syndrome and can only understand clear prescriptive language.
On social media sites, including Baidu Tieba - an online user forum - and QQ, a large numbr of juveniles use profanities and share pornography every day.
Even though the vast internet world is far beyond the 40-something mom's control, she spares no efforts to protect her daughter from being harmed.
Since March, Douya had been noticing her daughter's suspicious behavior like using the phone under a sheet for about two hours at midnight after she fell asleep.
On March 8, she read through the QQ record of her daughter. "I cannot watch her jumping into the fiery pit. I will regret it if I let her do this," Douya told the Global Times.
The two teenagers called each other "husband and wife." Kelisi also suggested the girl learn "literal pornography." When Douya questioned him, he said he was just doing it for fun.
Kelisi, also a blogger on video sharing site bilibili, shared the chat history with the mother online, which caused a huge controversy, with many blaming Douya for violating her daughter's privacy by looking over her QQ account.
After being blasted online, Douya decided to go her way to solve the issue.
The upset mom eventually turned to the NGA forum, an online gaming platform that she had played on for years, after the issue did not elicit response on billibili and was rejected by the police.
The NGA forum spread the news which forced Kelisi to apologize and prompted billibili to crack down on online comments that could harm teenagers.
There was more that Douya did not know.
"I had received messages from about seven teenagers one day who told me there are many ways in which a child can be harmed by online pornography. That's very scary," Douya said.
Sharing nude photos and short videos that show teenagers half-naked are some of the things one should guard against, she was told.
Call for action
Although China bans online pornography, obscene content is still rampant among teenagers, Qin An, head of the Beijing-based Institute of China Cyberspace Strategy, told the Global Times.
Over 80 percent of juvenile criminal cases relate to online pornography and violence, according to data of China Internet Network Information Center in 2017.
The probability that teenagers will post pornographic text and video online is over 70 percent; they have 43 percent chance to receive pornographic content while chatting online, and 31 percent probability of coming across online pornographic games and cartoons, according to a report by Tecent in 2015.
The country should establish an internet rating system to categorize the severity of online information for children, Qin said, adding individual businesses also need to come onboard.
Zong Chunshan, director of the Beijing Youth Legal and Psychological Consultation Service Center, told the Global Times, unless the government implements "a compulsory order" to crack down on online pornography, the problem will not be solved.
Douya said she cannot bar her daughter from using the internet since that is not practical.
"I'm not objecting to my child using the internet but I put restrictions — no iPad, mobiles or computers on weekdays. When she finishes homework on weekends, she gets half hour to browse the internet," Douya told the Global Times.
"I try my best not to let my daughter learn bad things from the internet," she said helplessly.