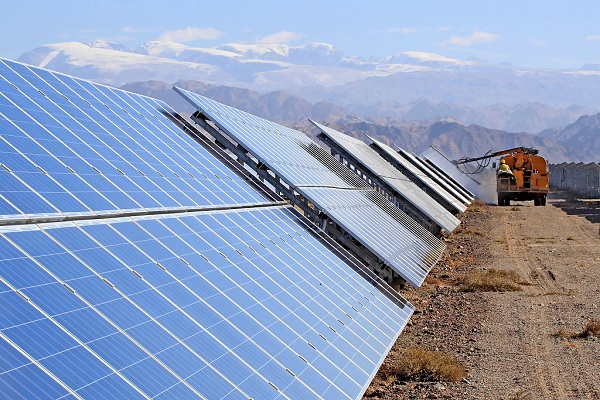 The 20,000-kilowatt station in the Tajik Autonomous County of Taxkorgan has generated more than 46 million kilowatt-hours of electricity so far, according to the county government.

Established last May, the station is the first and only photovoltaic power station for poverty relief in Xinjiang, which can bring an annual profit of about 20 million yuan (2.83 million U.S. dollars), around one-sixth of Taxkorgan's fiscal revenue, it added.

"Within 20 years of poverty relief, the station can not only help the impoverished but also promote the revitalization of rural areas and the development of characteristic industries," said Fan Lei, a senior official with the county.

Dubbed as Xinjiang's nearest county to the sun, Taxkorgan boasts an average altitude of more than 4,000 meters. Due to harsh natural conditions, it is also one of the hardest places in the region for poverty reduction.