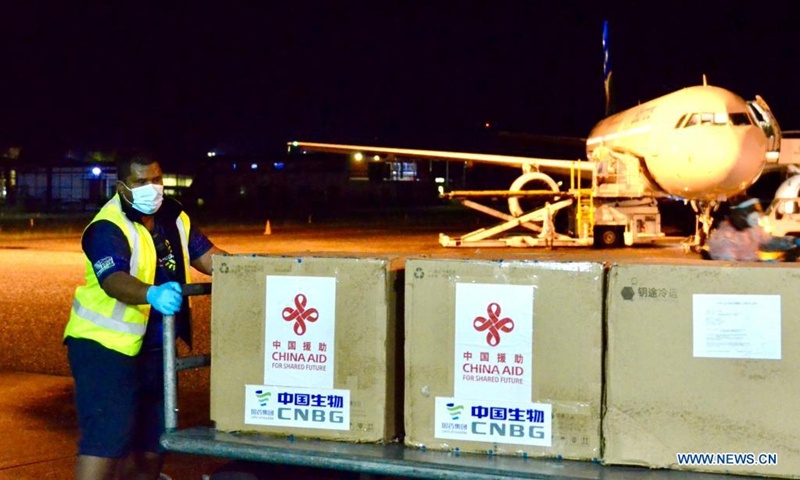 Prime Minister Sogavare gave thanks to Chinese President Xi Jinping and the Chinese government for the vaccine assistance, and said that his government has great confidence in the vaccine's safety and effectiveness. The prime minister said that the Solomon Islands plans to promote the Sinopharm vaccine nationwide, Zhao said.

"The Solomon Islands launching China's vaccine shows that China is firmly fulfilling its commitment for vaccines as a global public good, and it also reflects China's specific actions to advance the building of a community of health for all," Zhao said.

The Solomon Islands received a batch of the Sinopharm COVID-19 vaccines in early April, which was the first among Pacific island countries to get the COVID-19 vaccine from China through bilateral channels. It is also one of 80 countries and three international organizations China has provided vaccine aid to, media reported.

The World Health Organization approved the emergency use of the vaccine produced by Chinese firm Sinopharm in early May. Observers said that Chinese vaccines are now a global public good in terms of standards, and more developing countries will have access to Chinese vaccines.