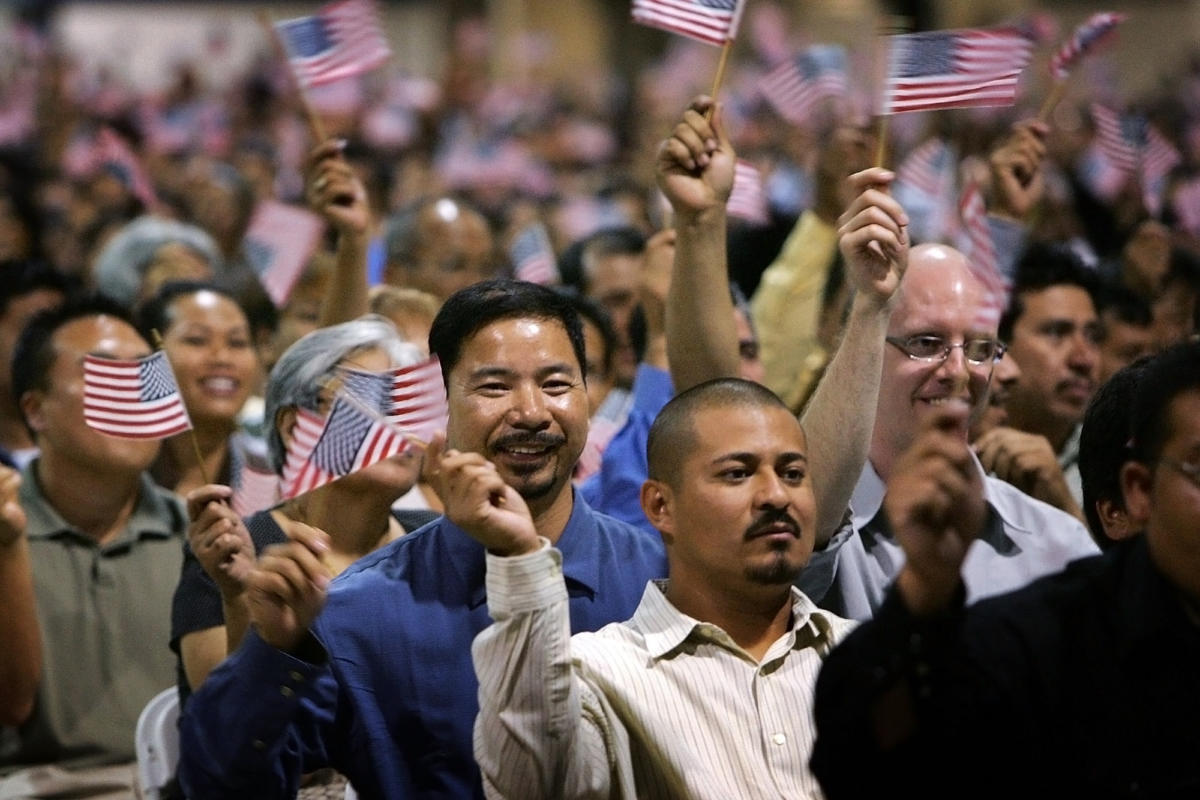 For Chinese immigrants in Southern California, adjusting to a new way of living is not easy. (Photo: AP)

Los Angeles (People's Daily) - On August 1, in the affluent Chinese suburban town of Arcadia, located in the San Gabriel Valley, an estranged husband drove to his wife’s home and fatally shot her before shooting himself in the head. The Chinese couple had been separated for two years and were scheduled to appear in court soon, local media reported.

When authorities arrived at the scene, the suspect, identified as Mel Liu, was still alive and rushed to the hospital where he died hours later.

Last December, a Chinese couple were found dead from a murder-suicide in Baldwin Park, also in the San Gabriel Valley. Police reported that a 49-year-old man stabbed his 24-year-old wife to death before killing himself.

Over the past three decades, the number of Chinese immigrants living in the US has quadrupled and stands at approximately 3.79 million. Analysts have said the growth is a result of China’s expanding middle class as many of them dream of pursuing higher education or business opportunities abroad.

In another San Gabriel Valley town, a 34-year-old Chinese man killed his wife before hanging himself inside their new home on June 21, according to the Fontana Police Department.

On the day of the incident, police were notified after the couple’s two children, both under the age of 10, had not been picked up from school.

After officers heard a noise upstairs, a SWAT unit was called in, and discovered the husband hanging from a ceiling.

The couple’s real estate agent told local media they had called that morning to discuss selling their home due to mounting financial pressure in paying off their monthly mortgage.

Earlier this year they bought a $400,000 home, but soon after moving in the husband lost his truck driving job, and they fell on hard times.

Mingju Zhang, president of the Hubei Townfellow Association of Southern California, said that Chinese are influenced by tradition, and are sometimes too eager to buy a home.  Zhang also said that Chinese aren’t aware of what to do in an emergency situation and have poor crisis management skills. When serious problems arise, it’s for them to make the wrong decision.

“Many Chinese believe they do not really have the “life” until they own real estate,” said Zhang.

There isn’t anything wrong with pursuing this dream, Zhang explained, but emphasized that married couples should be realistic when buying a home.

After Mei Weng arrived in the US from China, she worked in a garment factory, and her husband took a restaurant job. The couple had a young daughter, and together they slowly built a life for themselves.

Weng said it’s easy to think how great life was back in China, but new arrivals should see their life here as a new start and regardless of hardships nothing is impossible to overcome. They worked hard, saved money, and eventually put their daughter through college and graduate school.

Kehui Zhou, president of the Chinese Inland Empire Association, said it is hard to work in a foreign country due to language barriers, and the mental pressure can be overwhelming for some.