CHINA Some people from Xinjiang living overseas being coaxed to lie about 'missing' relatives: spokesperson

Some people from Xinjiang living overseas being coaxed to lie about 'missing' relatives: spokesperson 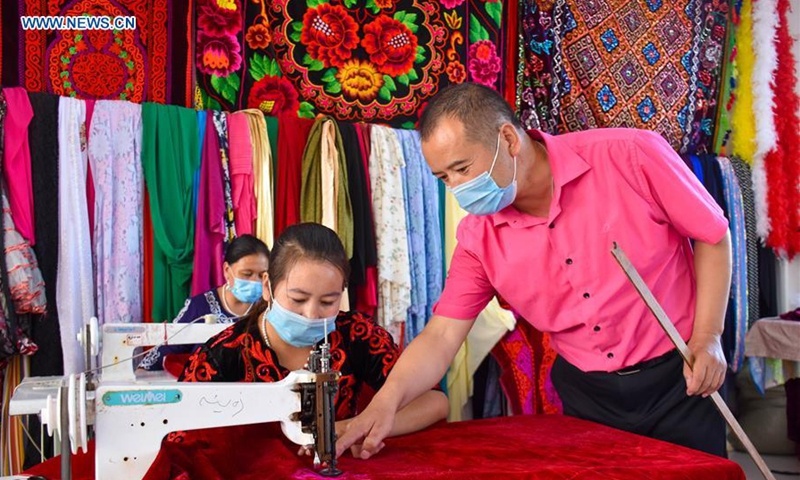 There are some people from Northwest China's Xinjiang Uygur Autonomous Region currently living overseas who are being coaxed or coerced by the "three evil forces - separatism, extremism, and terrorism" to lie about their family members "going missing" in Xinjiang, a spokesperson of the Xinjiang regional government told a press conference on Monday.

"China is a country ruled by law and Chinese citizens enjoy freedom of communication. China's Xinjiang region has always combined protecting residents' rights and freedom while striking at terrorism in accordance with laws," Zulhayat Ismayil, spokesperson of the Information Office of the Xinjiang regional government, told media at a press conference on Monday.

"I can tell you for sure that residents in Xinjiang have normal and free communication with their overseas relatives. The possible reasons why some people have lost contact may be that some individuals from Xinjiang have been taking part in 'East Turkistan' terrorist activities after going overseas, which makes their relatives in China unwilling to contact them," Zulhayat said.

The second reason is that some overseas individuals' relatives in Xinjiang have committed crimes such as murder, rape, drug-dealing, robbery or other severe violations, and have been put under criminal detention. According to China's laws, they are not allowed to have these contacts, the spokesperson said.

There are also people from Xinjiang currently living overseas who have been coaxed or coerced by the "three evil forces - separatism, extremism, and terrorism" - and are lying about their "missing" family members, Zulhayat said.

For example, in an ABC News report, Azmat Omar, a Chinese citizen living in Australia, claimed that he had lost contact with his family members in Xinjiang, including his father, stepmother, three brothers, two sisters and over 20 nephews.

However, Zulhayat told the press conference that all of Azmat's relatives are living normal lives in Xinjiang. 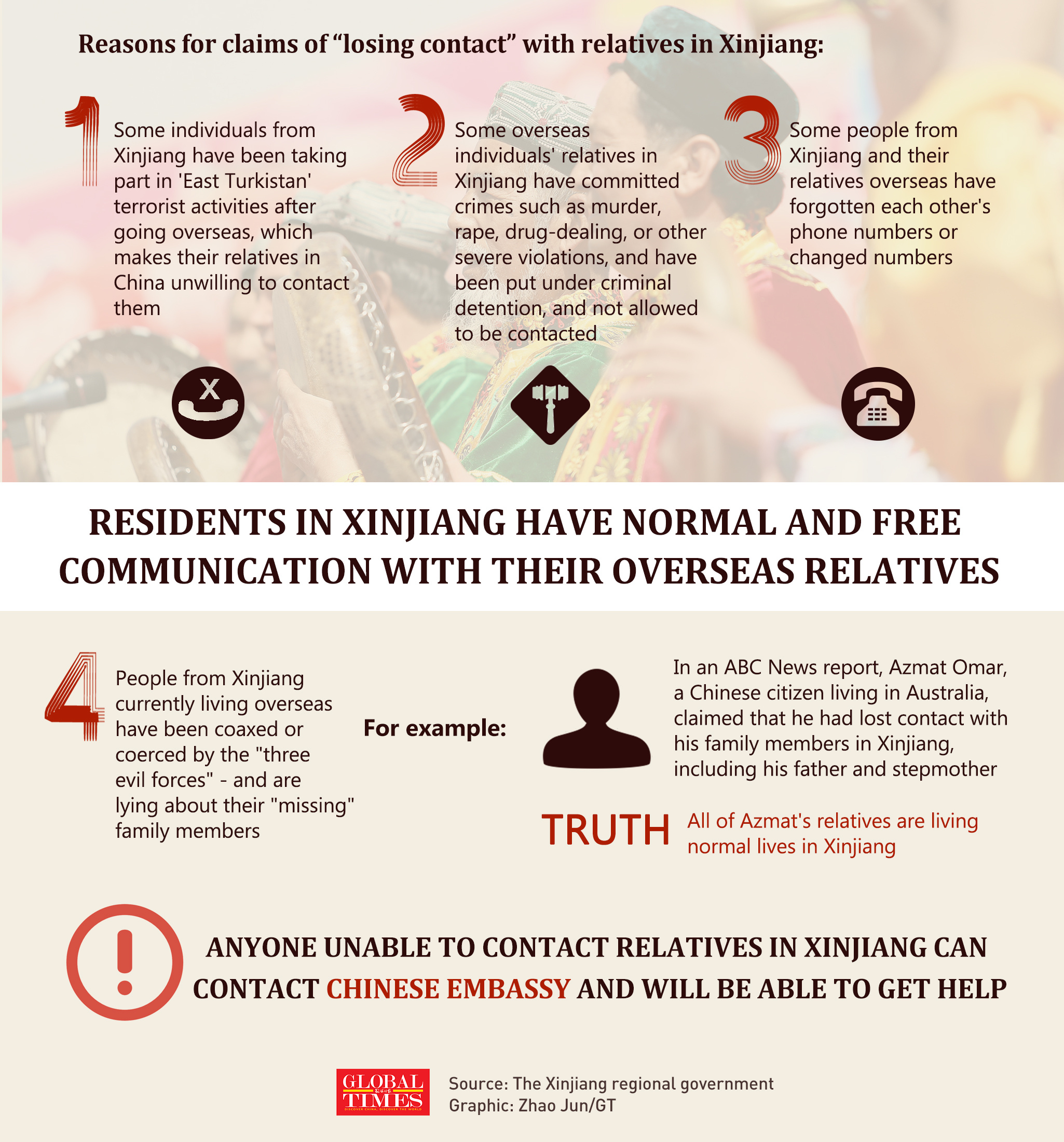 Residents in Xinjiang have normal and free communication with their overseas relatives. (Graphic: GT)

The changing of phone numbers or forgetting of numbers may also be reasons why people living overseas have not been able to contact their relatives in Xinjiang.