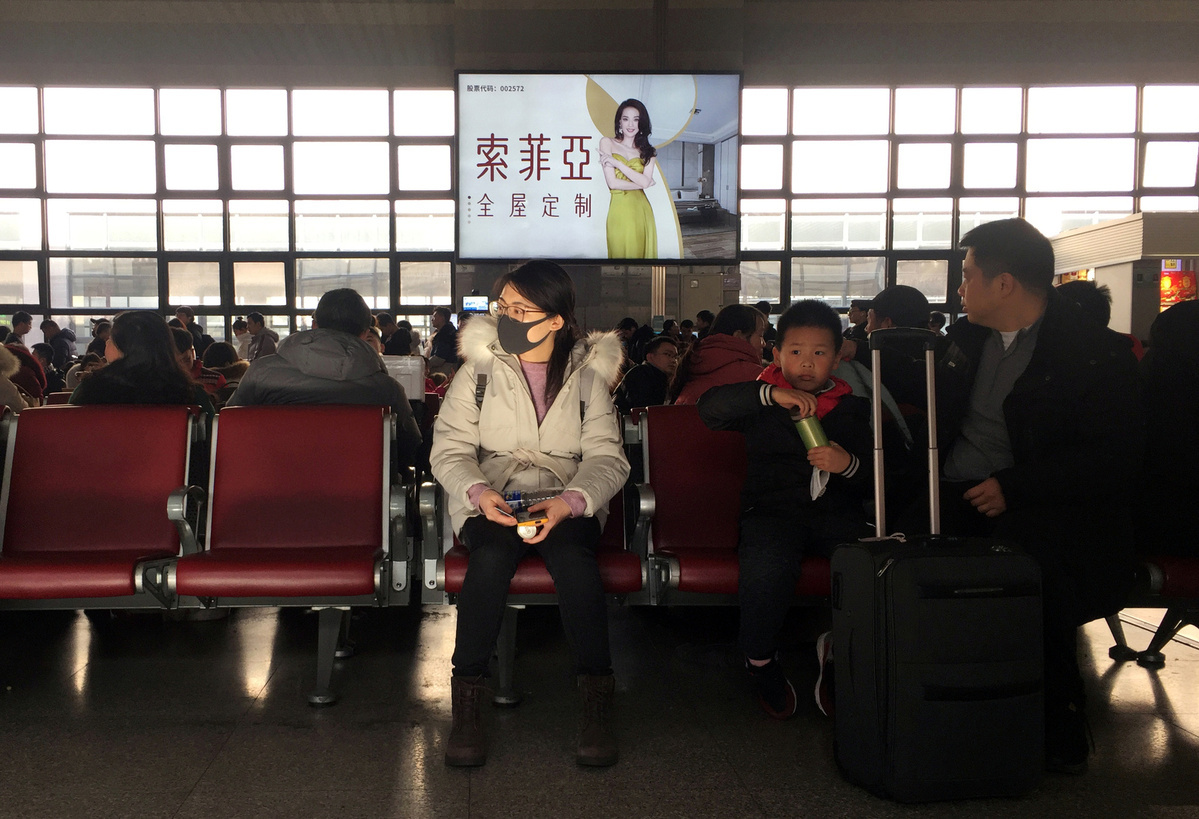 A woman wearing a mask is seen at a waiting area for a train to Wuhan at the Beijing West Railway Station, ahead of Chinese Lunar New Year, in Beijing, China January 20, 2020. (Photo: Agencies)

Starting today, some of the rail lines operated by China Railway Beijing Group company will be temporarily suspended until Feb 26.

Passengers who have purchased tickets of the trains affected can apply for refunds within 30 days, said China Railway Beijing Group Co Ltd, the rail line operator, on Tuesday.

The temporarily suspended trains included some departing from Beijing, some arriving at Beijing and some passing through the capital city.