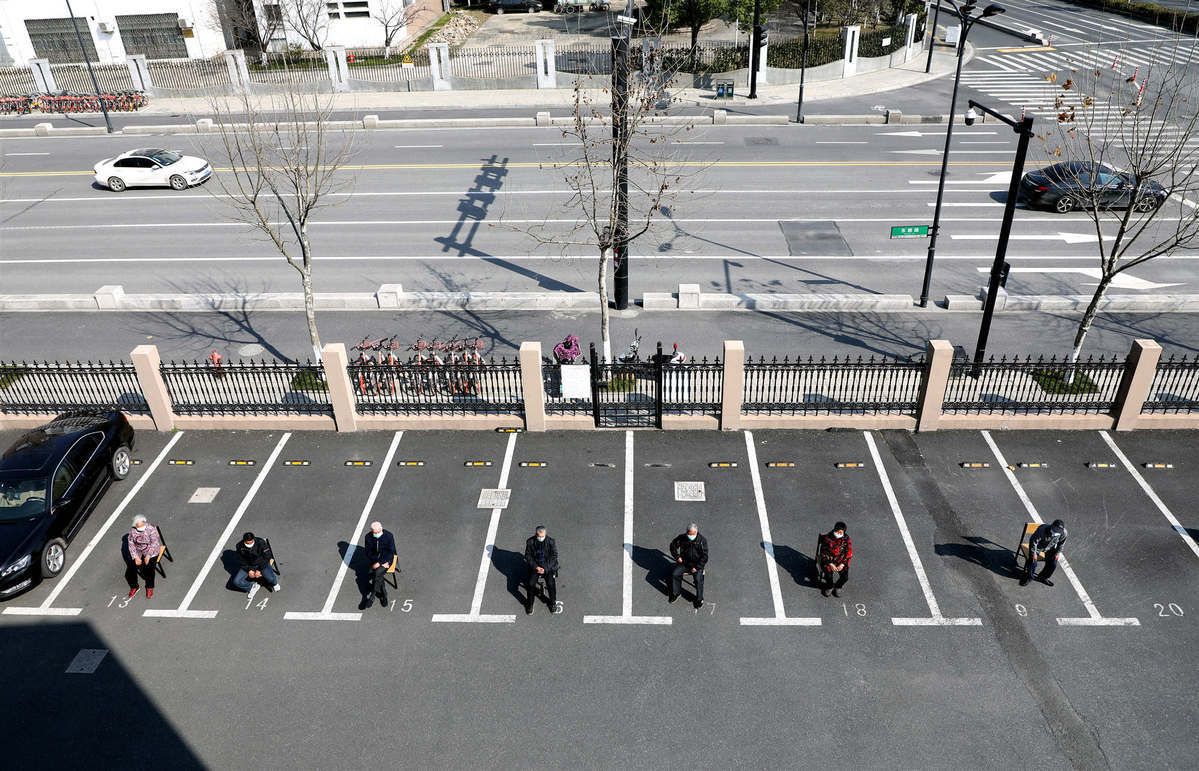 It is an escalation of the tight screening already in place to avoid infections among older adults, which in many cases have led to critical conditions and deaths.

The Ministry of Civil Affairs said in an updated guideline that retirement homes in Hubei province and other "high-risk regions" shall not accept vehicles, new caregivers or seniors who return after the Lunar New Year break. Those in regions with moderate or low risk shall also adhere to the rules if they have reported infections earlier, said the latest guideline.

China recently created a labeling system that classified all counties into regions with high, moderate and low risks of exposure depending on new infections and other data.

It was aimed at easing travel restrictions in regions less affected by the outbreak to help businesses there quickly resume production.

Though known as the "out-only-no-in" rule, the guideline made exceptions for vehicles and people with special needs in an effort to avoid a "one-size-fits-all" working style that overlooks emergency needs.

Anyone falling under those exceptions must go through a 14-day quarantine and a nucleic acid test before being admitted, the rules added.

The new guideline also required facilities in risky regions to step up disinfection and isolation of suspicious cases and suspend all activities that necessitate gathering and crowds.

Earlier screening measures have included taking body temperatures for returnees and tracking their contacts over the past two weeks.

Ministry of Civil Affairs figures show that China had 144,600 retirement homes as of September 2017.

Seniors, who often have other underlying conditions, are considered among the most vulnerable groups for the deadly pathogen, which has killed more than 2,700 people since it emerged in December.

A study led by Zhong Nanshan, a prominent scientist who is leading a government-appointed panel of experts helping to control the outbreak, shows that more than 25 percent of those surveyed have at least one underlying condition.

More recent research by the WHOChina Joint Mission on COVID-19 shows that the average age of confirmed patients is 51.