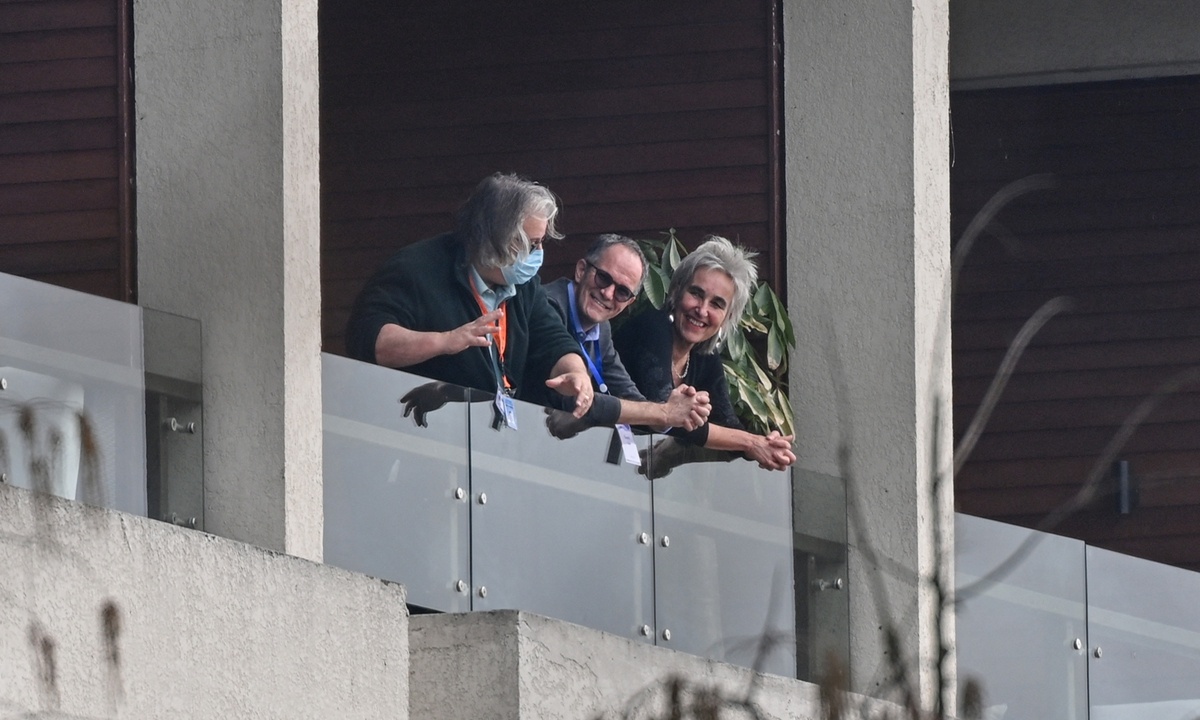 Peter Ben Embarek (center), Marion Koopmans (right) and other members of the World Health Organization (WHO) team investigating the origins of the coronavirus, are seen on a balcony at the Wuhan Hilton Optics Valley Hotel in Wuhan, Central China's Hubei Province on Monday. (Photo: AFP)

It seemed that some Western media simply cannot drop their playbook of distorting the scientific community's views on the origins of SARS-CoV-2. On Friday, a source revealed to the Global Times that the widespread reports which claimed a Wuhan lab worker may be the COVID-19 patient zero was only a translation error.

"COVID Patient Zero may have been a Wuhan lab worker, WHO chief says," read the headline of The Independent, and the story quoted Peter Ben Embarek, who led an international team on joint WHO-China studies in Wuhan, as saying that the patient zero of COVID-19 could have been a Wuhan lab employee who came into contact with a bat.

Many other Western media also reported it, citing a documentary about Ben Embarek released Thursday by Danish television channel TV2.

However, a source familiar with the matter told the Global Times on condition of anonymity that it was merely a translation error and was not what Ben Embarek said.

That was a scenario he used as an example to illustrate how the different hypotheses of lab leak and infections from bat to human are linked and should not be looked at separately as each hypothesis includes many different scenarios, the source said.

The WHO-China joint report released on March 31 listed four hypotheses for the source of transmission of the novel coronavirus to the human population, namely a direct zoonotic spillover, cold-chain food infection, an intermediary host species, and a laboratory-related incident.

The joint study said that a laboratory incident is "extremely unlikely" to be the cause of COVID-19 pandemic.