CHINA South and east provinces to help boost the north

South and east provinces to help boost the north 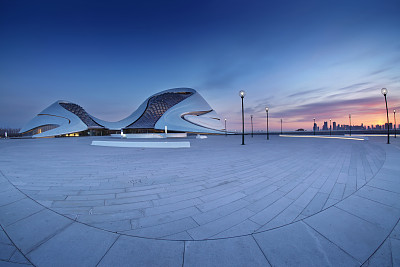 The National Development and Reform Commission (NDRC), China's top economic planner, announced the plan Friday to revive Northeast China's economy by partnering its provinces and cities with counterparts in southern and eastern China.

South China's Guangdong Province, East China's Zhejiang and Jiangsu provinces, are to cooperate and share resources with the three provinces in Northeast China, the country's traditional industrial zone, Heilongjiang, Jilin and Liaoning, according to the documents released by the NDRC on its website on Friday.

Competent firms in Guangdong are encouraged to participate in the reform by helping in the restructuring of State-owned enterprises (SOEs) in Heilongjiang.

The GDP of Heilongjiang grew 6.4 percent to 1.62 trillion yuan ($258.2 billion) in 2017, the provincial statistics bureau said in January. The growth rate was 0.3 percentage points higher than a year ago, it said.

However, the GDP of the three provinces in Northeast China in 2017 were still among the lowest of all provinces and regions in China.

According to the detailed cooperation plan between Heilongjiang and Guangdong, the strategic new sectors in Heilongjiang such as robotics, clean-energy equipment, biomedicines and new materials are to be promoted to match those of Guangdong.

The plan noted enterprises in the northeastern provinces are encouraged to get listed on the Shenzhen Stock Exchange.

Enterprises in the northeastern region performed badly in the A-share market in 2017 with only four successful IPOs out of a total of 436 across the nation for that year, data from Wind Info showed.

Zhejiang and Jilin will work on establishing government, business and social cooperation mechanisms over the next two years. And Liaoning and Jiangsu will build joint industrial parks and encourage the use of cross-regional, public-private partnership model and the establishment of investment funds, the NDRC said.

Liaoning's GDP rose 4.2 percent in 2017, one of the lowest growth rates in the country, lagging behind the national rate of 6.9 percent. It was also the only province posting a negative GDP growth in 2016.