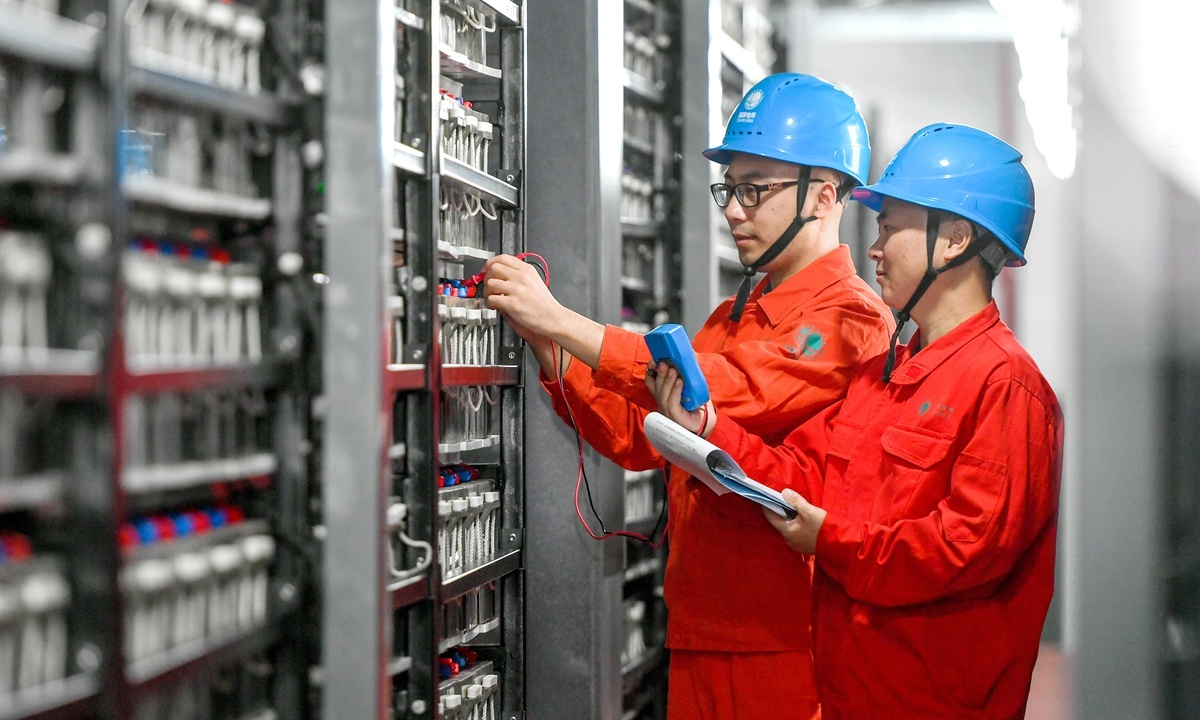 East China's Zhejiang Province put its first grid-side energy storage power station into operation on Thursday. The station has a storage capacity of 24 megawatt hours and a maximum discharge power of 12 megawatts. It can store excess electricity when power demand is low and discharge it during peak hours. (Photo: cnsphoto)

Several provinces in South China face limited electrical power as the imbalance between supply and demand widens due to an early summer peak this year.

The restriction comes as the summer peak begins early this year. According to the energy bureau of Guangdong, electrical consumption in the factory sector jumped 32.2 percent year-on-year in the first four months of the year, while that in the services sector, it soared 40.2 percent.

The surges may have been caused by rising temperatures and an industry recovery after the COVID-19 pandemic, and some factories said that the move had influenced their daily operations and production.

A factory owner in Dongguan of Guangdong told the Global Times on Friday that it was asked by the local authority to halt all electricity use from 9am to noon, 2pm to 5pm and 6pm to 9pm on May 14 - and his factory was forced to halt production that day.

Economic recovery and rising temperatures were cited as two reasons for the rule, according to the owner.

"We were forced to halt production that day, but that's the only time so the impact remains limited," the owner, who refused to be named, told the Global Times on Friday, adding that he's also worried that more would come.

Other factors, including surging prices of bulk commodities including coal used for power generation, have also raised the cost of generating electricity and limited the capacity of power plants, according to Zhang Chuanming, president of JZ Energy, a leading company in the electricity industry in Guangdong.