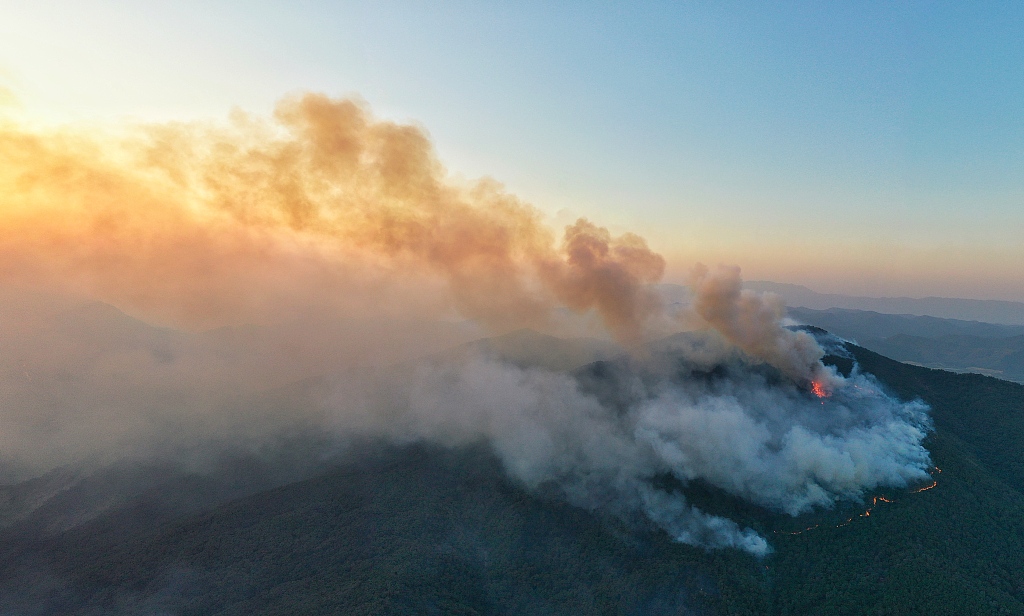 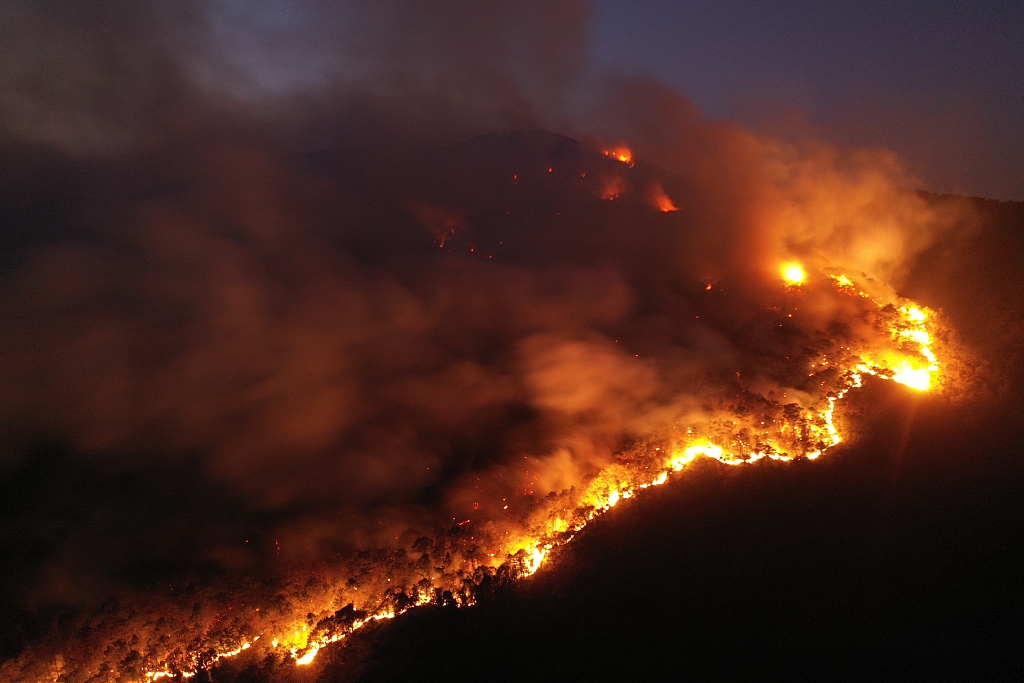 Flames leap from the forest fire. 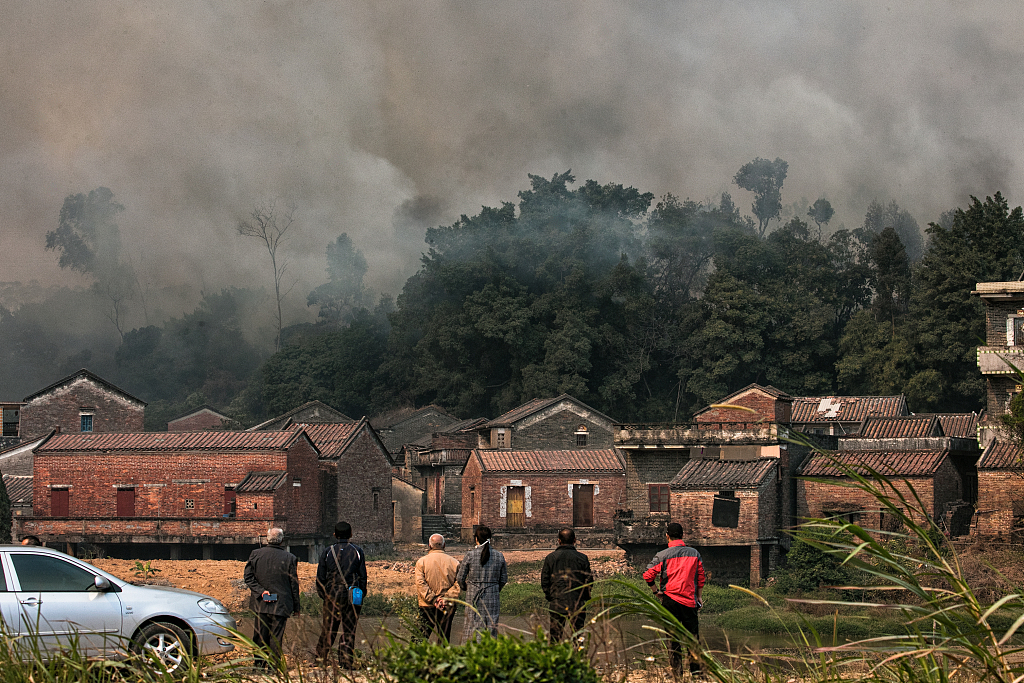 No injuries or casualties have been reported and a total of 960 people have been evacuated. 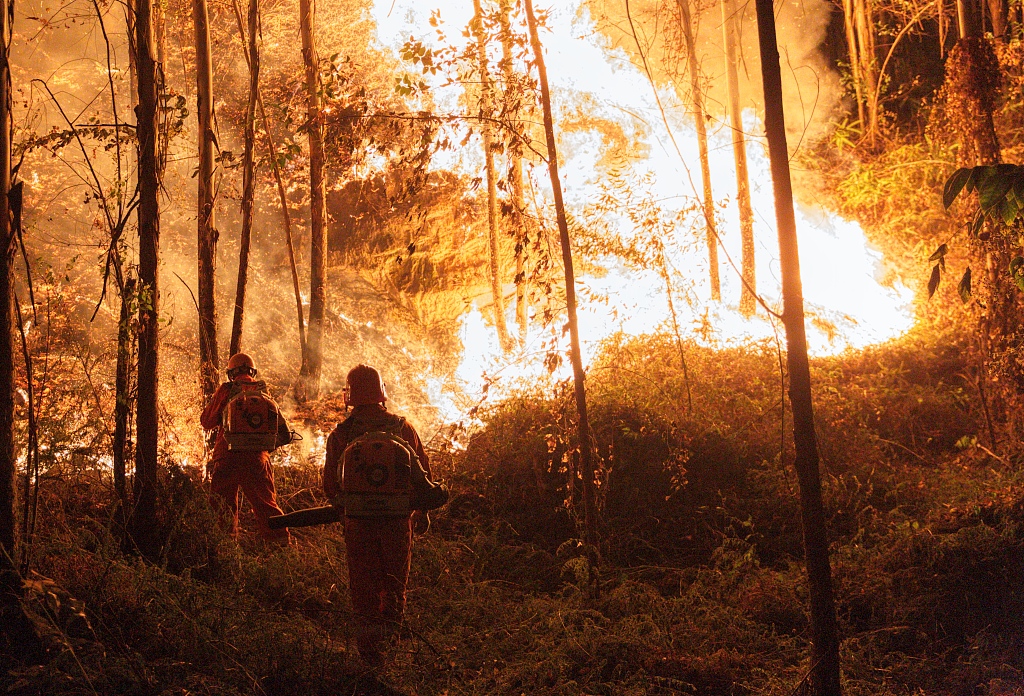 Nine firefighter groups were deployed to battle the blaze. 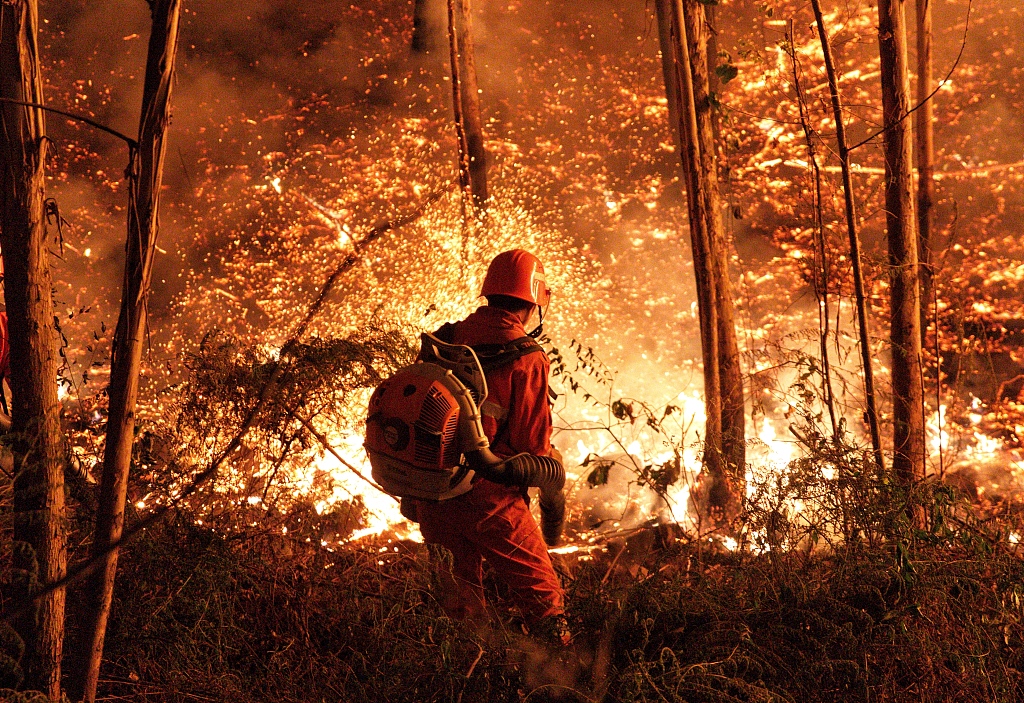 More than 1,000 personnel were fighting the fire Friday morning. 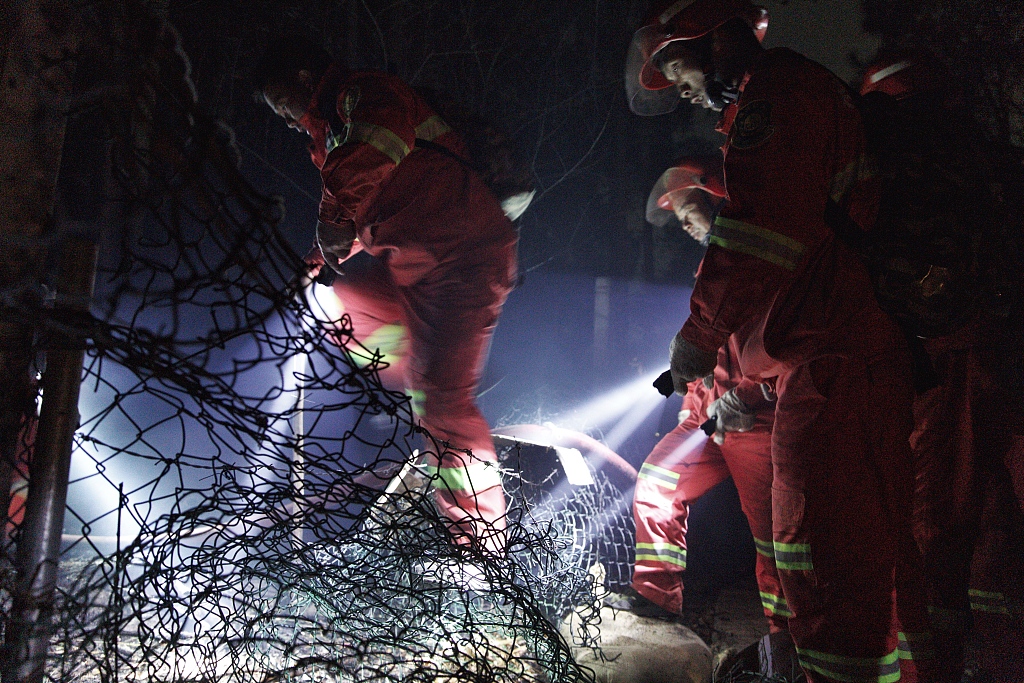 After an hour of efforts, firefighters brought the blaze under control. (Compiled by Wang Yanan. Photos: VCG)