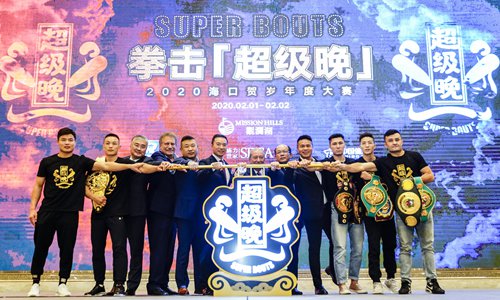 Two Chinese professional boxers will have a chance to challenge the world champions if they win their qualifying matches on November 23.

Promising boxer Yilixiati Ainiwaer (16-1, 11 KOs, said he aims to claim a world title over the next two years.

He is expected to have a 10-round bout against Mark Lucas (10-2, 3 KOs) from Australia in November.

A victory might earn him a ticket to the world championship fight in Haikou and give him a chance to challenge the current WBO world champion Demetrius Andrade, or the former WBA titleholder Rob Brant.

The 10-round bout will determine the owner of the vacant WBO Global lightweight title. Yang is hoping to gain world ranking points with a triumph that would guarantee a shot for the lightweight or junior lightweight world WBO title in Haikou.

The Super Bouts tournament is ­organized by the Mission Hills Group and promoted by SECA and Top Rank, an American sports promotion company.

It is expected to be held in Haikou over the next three years, as the island province aims to raise its global reputation in the sports industry.