Official data showed that paid-in foreign direct investment (FDI) into the island province surged 100.7 percent year-on-year to a record high of $3.03 billion in 2020. 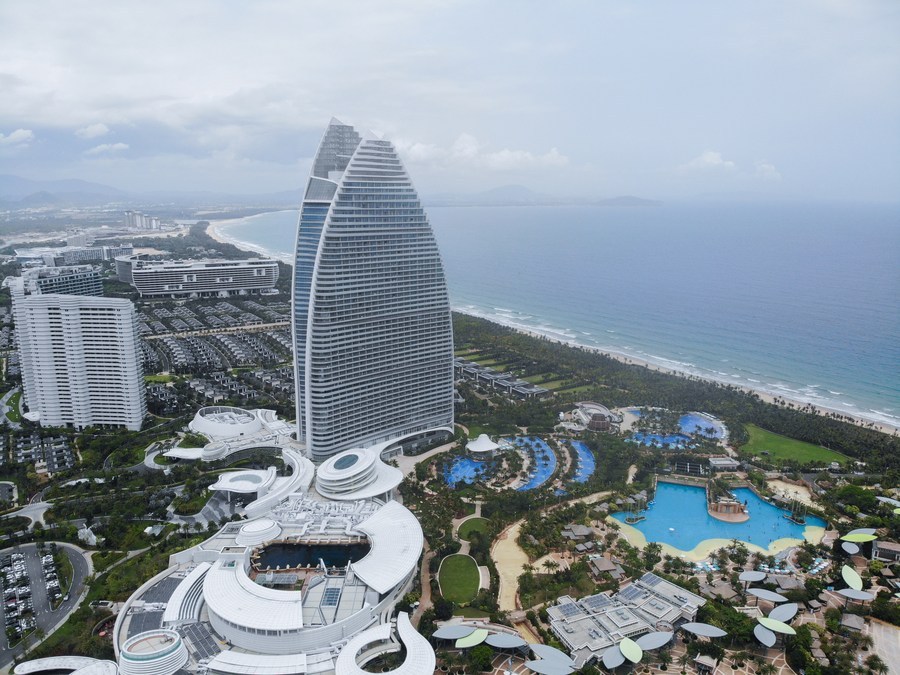 Eighty countries and regions had investment in Hainan last year, doubling the number in 2019, and the investors included G20 member countries.

The reason why Hainan holds appeal to FDI can be largely attributed to the advantages of the Hainan free trade port, explained Shen Danyang, vice governor of the province.

With supporting policy packages, the Hainan free trade port is becoming a popular destination for foreign enterprises. US electric carmaker Tesla, which launched a project in the free trade port in October last year, is one of them.

On Jan. 15, Tesla opened its first sales and service center in Haikou, capital city of the province. Five days later, the giant’s new superchargers went into operation in the province.

Tesla will expand its self-run charging network and improve the supercharger deployment in the province, said Xu Yao, sales manager of Tesla’s Hainan market, adding that the company plans to extend its sales and service network on the island.

Hainan’s well-targeted policies to promote the development of new energy vehicles (NEVs) have brought opportunities for NEV manufacturers including Tesla and the whole industry, enhancing the company’s confidence in increasing investment in China, said Tao Lin, vice president at Tesla.

“Hainan will embrace new opportunities in areas like advanced technologies and low-carbon economy,” noted Fabrice Fourcade, senior vice president of EDF Group, and its chief representative in China, introducing that the company and its partners are cooperating with Hainan in clean energy and the construction of NEV infrastructure.

From signing a license contract with a local company in Hainan to opening five stores on the island province, Japanese convenience store chain operator Lawson Inc. took only a little more than two months to land its business in Hainan.

China released a master plan for the Hainan free trade port on June 1, 2020, marking the start of construction of the port.

On Feb. 1, the 2020 negative list for foreign investment access in the Hainan free trade port took effect. The list lifts restrictions on foreign investment access to online data processing and online transaction processing businesses and allows overseas high-level universities and vocational colleges specializing in science and engineering, agriculture, and medicine to run on the island independently.

China will further shorten the negative list to gradually realize investment liberalization and facilitation in the Hainan free trade port, according to the country’s National Development and Reform Commission (NDRC).

“This year, China will roll out special measures to relax market access for the Hainan free trade port,” said Zhao Chenxin, secretary general of the NDRC.