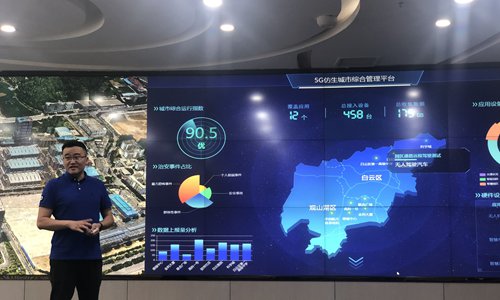 Director of the Innovation Lab of 5G Application in Guiyang introduced a smart city management system powered by 5G technology on May 16, 2019. (Photo: Global Times)