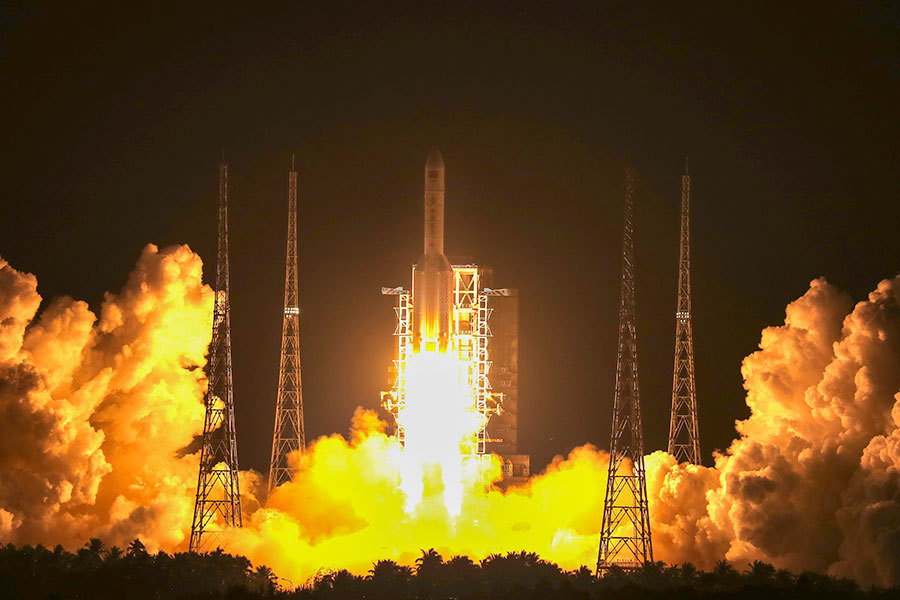 China's space industry is poised for an extremely busy year, with about 50 launch missions likely to take place in 2020, according to major contractors and space industry sources.

China Aerospace Science and Technology Corp, the country's leading space contractor, said in a statement on Thursday that it will strive to carry out more than 40 launch missions to serve national space programs, such as the completion of the Beidou Navigation Satellite System, and meet demand from commercial satellite operators.

Sources at the State-owned space giant who wished to remain anonymous said the 40-odd planned missions will be carried out by the conglomerate's Long March-series carrier rockets, the nation's backbone rocket fleet, and do not include those to be made by the company's newly developed Smart Dragon solid-propellant rockets.

This means the actual number of launches by the company in 2020 will be even bigger.

An employee at the company's China Academy of Launch Vehicle Technology in Beijing, the biggest developer and maker of carrier rockets in the country, said: "In 2020, all of our academy's operational rocket models, ranging from Long March 3A to Long March 5, will make flights, and four new rocket types－Long March 5B, Long March 7A, Long March 8 and Smart Dragon 2－are scheduled to conduct their maiden missions."

He said the academy expects to launch more rockets than any other year.

Another State-owned space industry player－China Aerospace Science and Industry Corp－has plans for at least eight launch missions by its Kuaizhou carrier rockets, according to Zhang Di, a senior rocket scientist and chairman of Expace Technology, a CASIC subsidiary that builds the Kuaizhou rocket, which is based in Wuhan, Hubei province.

Kuaizhou 11, a new member of the Kuaizhou family, is set to make its debut flight in 2020, becoming the biggest and most powerful solid-propellant rocket in China, he said in an earlier interview.

Several private rocket enterprises have also announced plans for launch missions in 2020 with their own rockets.

China was the world's most frequent user of carrier rockets last year for the second consecutive year, with 32 successful orbital launches and two failures.

Twenty-six of those missions－25 successes and one failure－were conducted by the Long March series.

China Aerospace Science and Technology Corp also carried out the debut flight of the Smart Dragon 1 solid-propellant rocket in August.

China Aerospace Science and Industry Corp made five launches with its Kuaizhou 1A rockets.

In 2018, China made 39 orbital launches, matching the number of space missions it carried out in the entire 1990s.

Those launches accounted for one-third of the world's total space missions in 2018, more than Russia, the European Union and India－ranked from third to fifth in the annual launch list－combined. In second place in 2018 was the United States, with 34 missions.