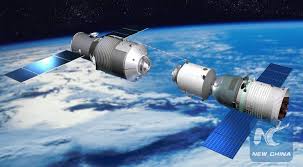 The space station will be comprised of a core module and two labs forming a T-shape, weighing 66 tons in total, and will accommodate three astronauts generally or up to six for shorter stints.

The space station will have three kinds of docking interfaces for cargo ships, crewed spacecraft and space lab modules. An "optical module" will also be part of the space station, providing a level of resolution no less than the famous Hubble space telescope but with a field of view 200 times larger.

Zhou said the space station will reach world-class standards in terms of function, cost-effectiveness and technology.

The space station has an initial designed life of at least 10 years and, once it begins on-orbit operations, commercial activities will be used to accelerate the pace of transferring technology and to promote space travel.