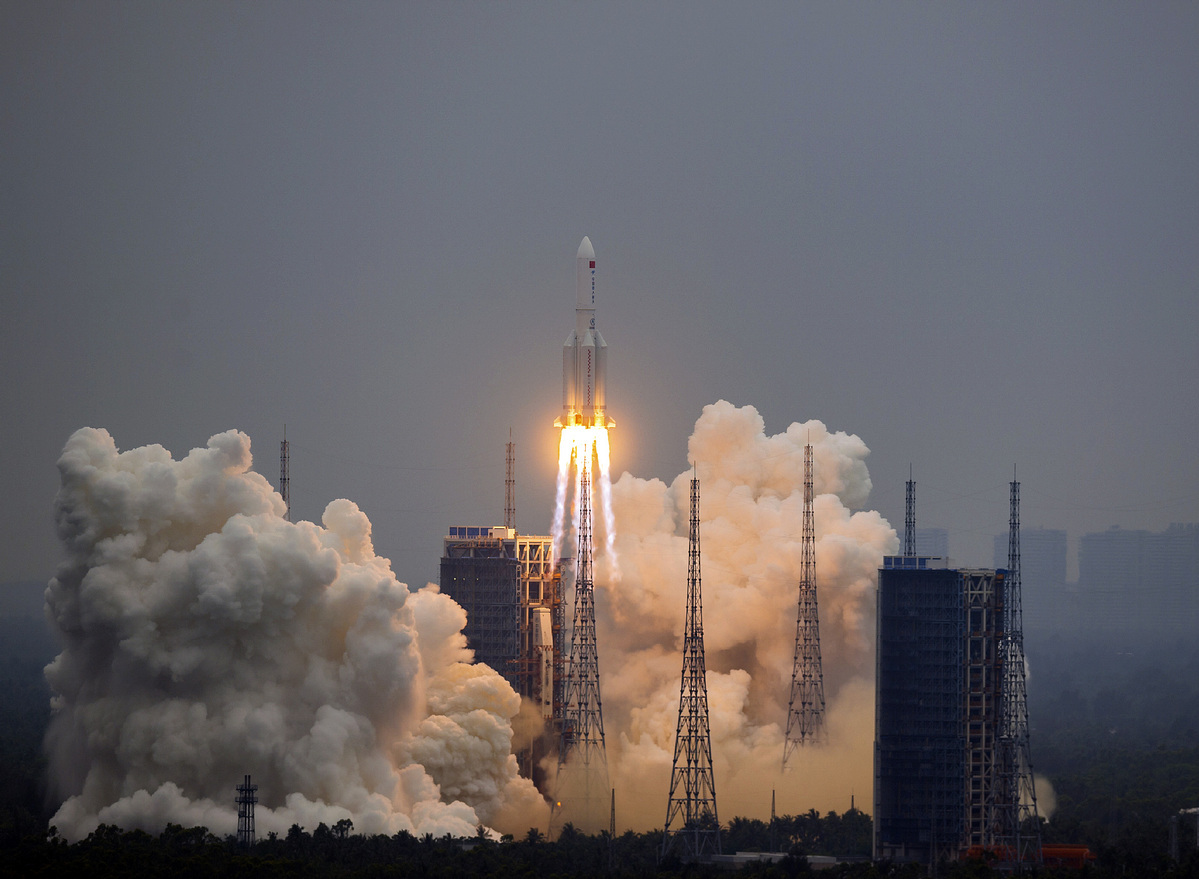 Tianzhou 2, a robotic cargo ship, blasts off on a Long March 7 carrier rocket at the Wenchang Space Launch Centerin in Hainan, on May 29, 2021. (Photo: Xinhua)

Astronauts on the upcoming Shenzhou XII mission will engage in spacewalks outside the Tianhe core module of China's Tiangong space station, a key figure in the nation's manned space endeavor said.

Yang Liwei, the first Chinese in space and now deputy chief planner of the country's manned space program, told China Central Television on Sunday in Wenchang, Hainan province, that during their three-month journey with Tianhe, two of the three-member crew, whose names have yet to be disclosed, will exit from the core module to examine, maintain or repair equipment.

The astronauts will be launched in June with the Shenzhou XII spacecraft from the Jiuquan Satellite Launch Center in northwestern China to dock with the currently unoccupied Tianhe module.

Tianhe, the biggest and heaviest spacecraft China has made, was put into a low Earth orbit on April 29 by a Long March 5B heavy-lift rocket, which blasted off at the Wenchang Space Launch Center.

Crew members of the Shenzhou XII and the next three manned spaceflights－Shenzhou XIII, XIV and XV－were selected from those in the first and second groups of astronauts, Yang said.

He added that the Shenzhou XII crew is all male, but there will be a woman in each of the next three missions.

Shenzhou XIII is scheduled to fly to Tianhe in October, carrying three astronauts for a six-month mission inside the core module. Shenzhou XIV and XV are expected to take place in 2022, with each crew team staying in space for half a year.

All astronauts in the next four spaceflights are undergoing intensive training, Yang said.

The official said spacewalks will regularly occur as the Chinese astronauts will need to assemble the Tiangong station and examine and maintain the colossal craft.

Currently, only astronauts in the Shenzhou VII mission, launched in September 2008, made spacewalks.