As the Spring Festival approaches, hundreds of thousands of migrant workers in China have started their journey home for the annual family reunions. The motorcycle has become a popular vehicle for many of them, thanks to its low cost and convenience.

But due to poor traffic conditions and wet or icy conditions, the homecoming journeys for the "motorcycle army" are always arduous, with deadly accidents occurring occasionally.

This year, a navigation map developed by local governments makes the journeys safer and easier. 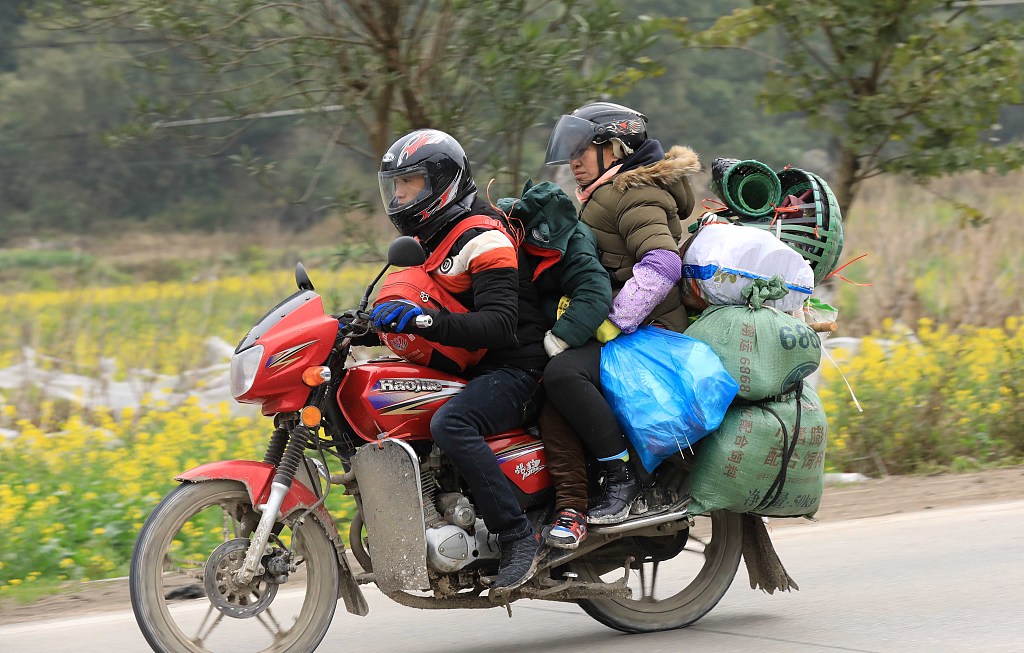 A family on a motorcycle arrives at a countryside road in Liuzhou, Southwest China's Guangxi Zhuang Autonomous Region, on January 22, 2019.

Through the Amap app's "homecoming map" that includes 202 service stops and 75 free motorcycle repair stations, the riders can locate nearby service stops and follow the best roads home, according to China Youth Daily.

In addition, the app offers detailed weather forecasts and latest news of the service stops along the journey.

In Guangdong Province alone, more than 400,000 migrant workers set out for Spring Festival reunions in regions like Hunan, Guizhou and Yunnan provinces by motorcycle each year, according to Southern Metropolis Daily. 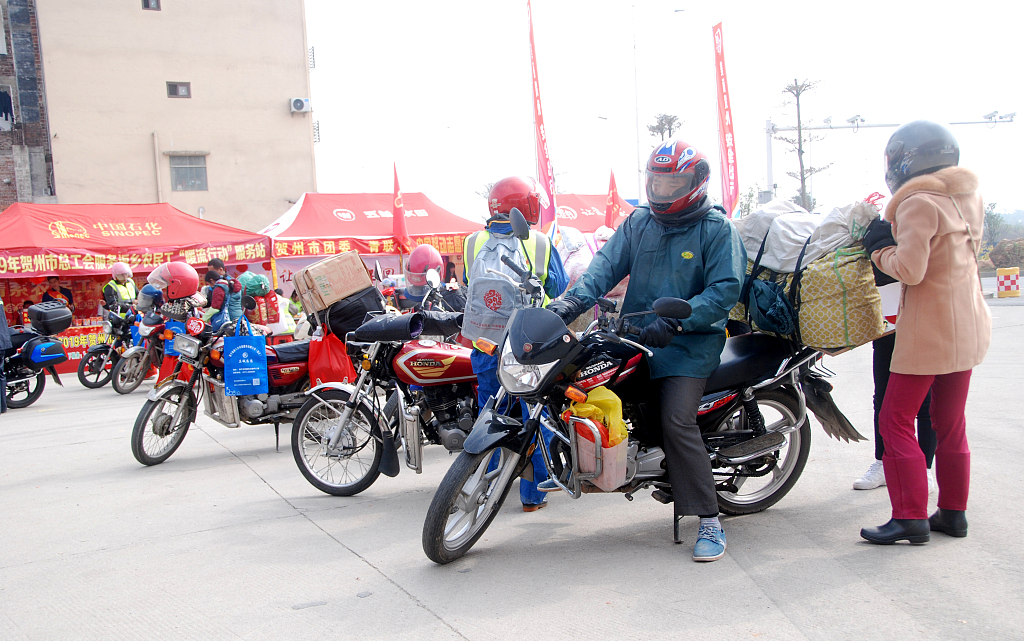 Motorcycle riders arrive at a service stop for a rest in Hezhou, Southwest China's Guangxi Zhuang Autonomous Region, on January 28, 2019.

Motorcycle riding is not the best option for long drives. Some cities do not allow motorcycles, some roads in the countryside are more suitable for them, but these messages are not shown on common navigation systems. 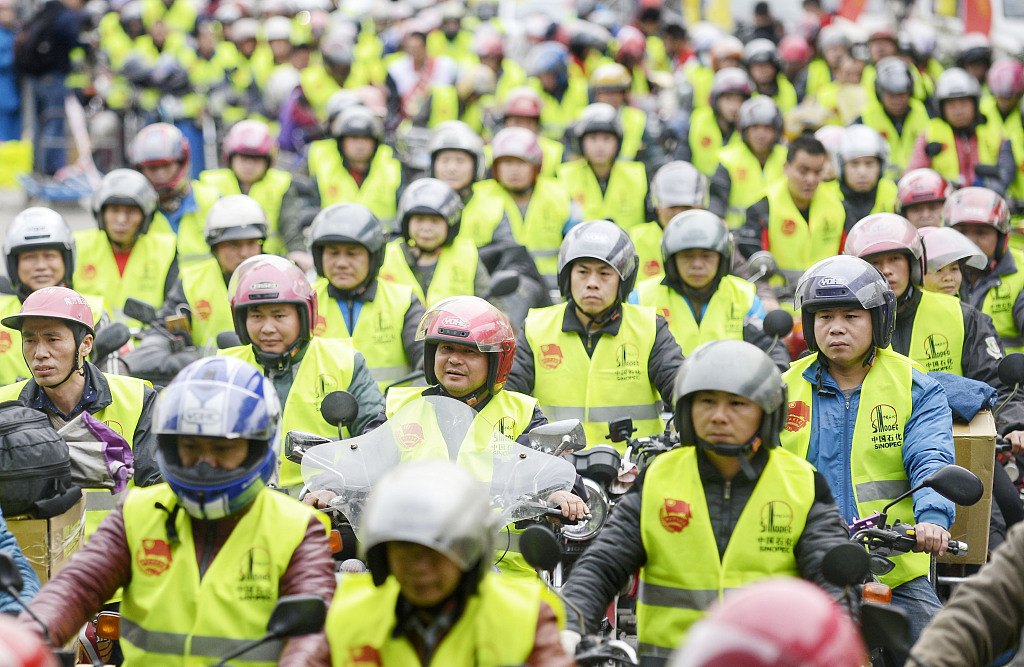 The newly-developed map has filled the gap, made service and rescue efforts smarter, and ensures homecoming journeys safer and easier.

Besides the map, traffic police have also provided riders with reflective vests. Partial data shows that 6,000 vests have been distributed so far.