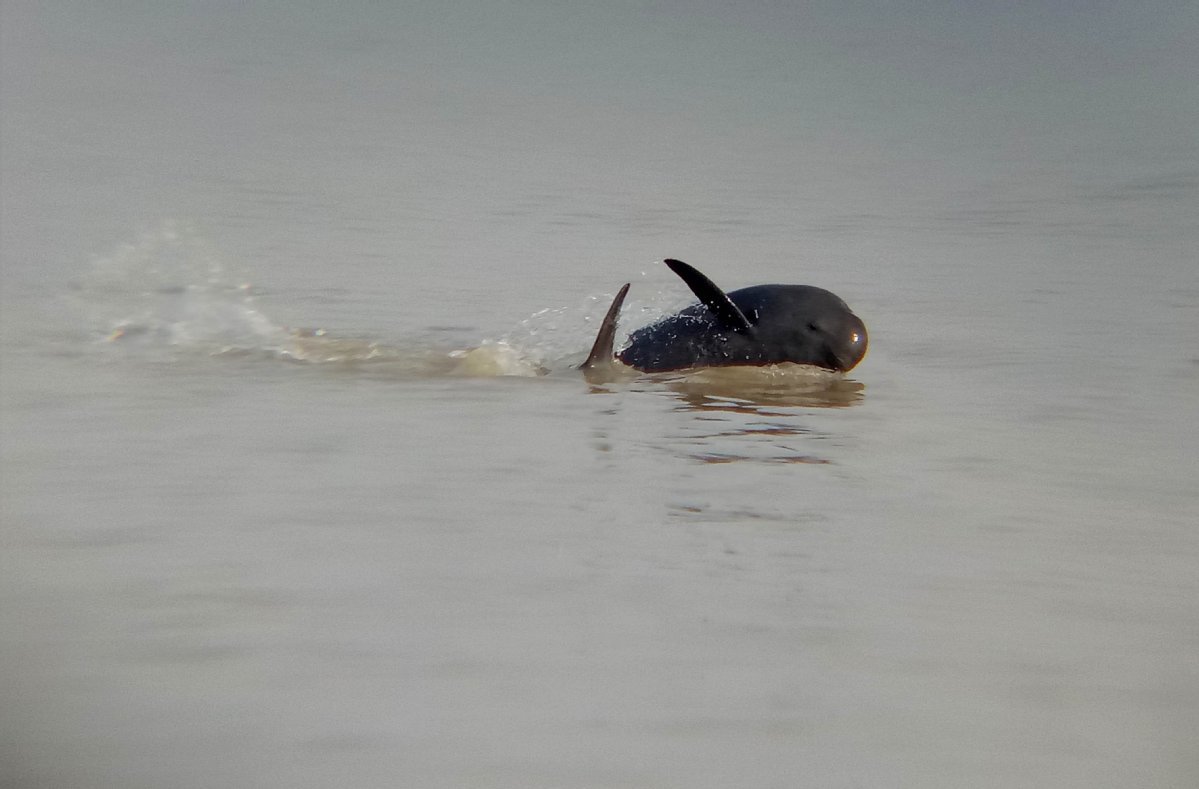 The basin of the Yangtze River has experienced a marked increase in the population of species since a fishing moratorium was introduced to the region several years ago, a leading environmental official said.

Huang Runqiu, minister of Ecology and Environment, made the remark on Monday as he delivered a report on the protection of Yangtze River to an ongoing session of the Standing Committee of the 13th National People's Congress.

Flagship species such as the Yangtze finless porpoise in Asia's longest watercourse have been spotted more frequently since the moratorium was introduced to the basin in 2017, he said.

Originating at the Chishui River, a major tributary of the Yangtze in Southwest China, the ban was extended on Jan 1 to cover all the Yangtze's natural waterways.

Monitoring data shows the number of the tributary's endemic species has increased from 32 to 37 with their abundance almost doubled.

"There has been gradual improvement in biological diversity in the river," Huang said.

He also stressed the country's great efforts to implement the moratorium and crack down on illegal fishing.

To date, more than 110,000 fishing boats have been decommissioned in the Yangtze basin. Over 25 billion yuan ($3.9 billion) has been designated from central and local governments to help the 228,000 people that had to leave the fishing industry following the ban, Huang noted.

In 2020 alone, authorities in the basin seized 34,000 unlicensed fishing boats and dealt with 7,579 illegal fishing cases, he said.

In a special campaign to curb illegal sales of aquatic products from the Yangtze, authorities inspected millions of enterprises and online stores selling such goods. A total of 26,600 online messages related to illegal trading were removed, Huang said.