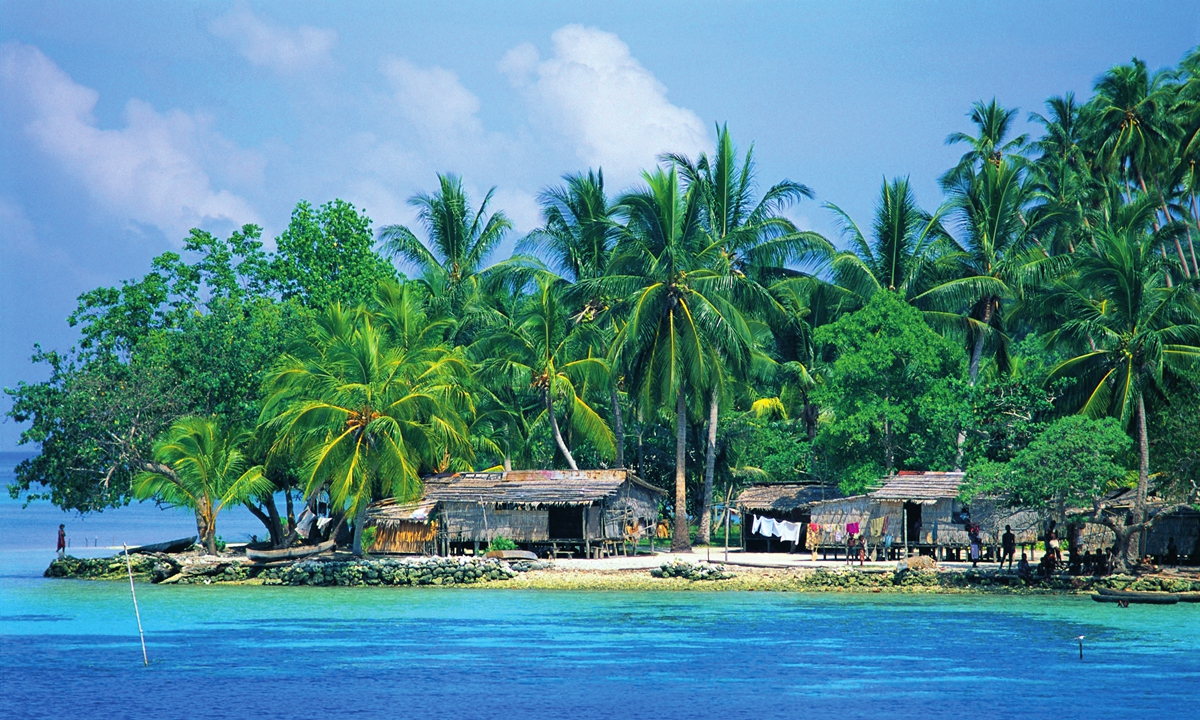 Claims that China will establish a military base in the Solomon Islands is a fake news spread by a few people with ulterior motives with a political agenda, the Chinese embassy said on its WeChat account on Saturday, in response to disinformation and misinterpretation surrounding the China-Solomon Islands security deal.

"China has carried out law-enforcement and security cooperation with many countries in the world. They are normal exchanges between nations and are beyond reproach," the embassy emphasized.

On March 30, 2022, Chinese Ambassador Li Ming and Permanent Secretary of the Ministry of Foreign Affairs and External Trade Colin Beck initialed the Framework Agreement Between the Government of the PRC and the Government of Solomon Islands on security cooperation, in which the two countries are committed to normal law enforcement and security cooperation on the basis of equality, respect and mutual benefit, which conforms to international laws and customary practices. However, the deal was twisted and slandered as a Chinese attempt to "militarize the region."

"International society has entered the 21st century, but some countries are still stuck in a Cold War mentality, openly claiming Pacific Island countries are their 'backyard,' playing up various 'China threat theories' to create regional tension and confrontation," the embassy said. It emphasized that the security cooperation between China and Solomon Islands doesn't conflict with other regional institutional arrangements.

As two sovereign and independent states, China and the Solomon Islands carry out law enforcement and security cooperation on the basis of mutual respect, equality, mutual benefit and win-win results, which conforms to the common interests of the Solomon Islands and all countries in the Pacific Island region and should be respected by all parties, the embassy said.

Stressing the security deal was inked at the request of the Solomon Islands government based on equal consultations between the two countries, the Chinese embassy said the Pacific island region should not be "backyard" of anyone and the "Monroe Doctrine" shouldn't be revived.

"Pacific Island countries should be a stage of international cooperation, rather than an arena for major power competition. It's hoped relevant countries will abandon ideological prejudice, take a positive and open attitude toward cooperation between the Pacific island countries and other states and take pragmatic actions to promote stability and development for those island countries," the embassy said.

At Friday's media briefing, Chinese Foreign Ministry spokesperson Zhao Lijian also refuted Western media speculation surrounding a so-called Chinese military base in the Solomon Islands. He said security cooperation between China and the Solomon Islands is aimed at safeguarding the safety of people's lives and property and has no military connotation, noting certain media speculation is groundless and has ulterior motives.