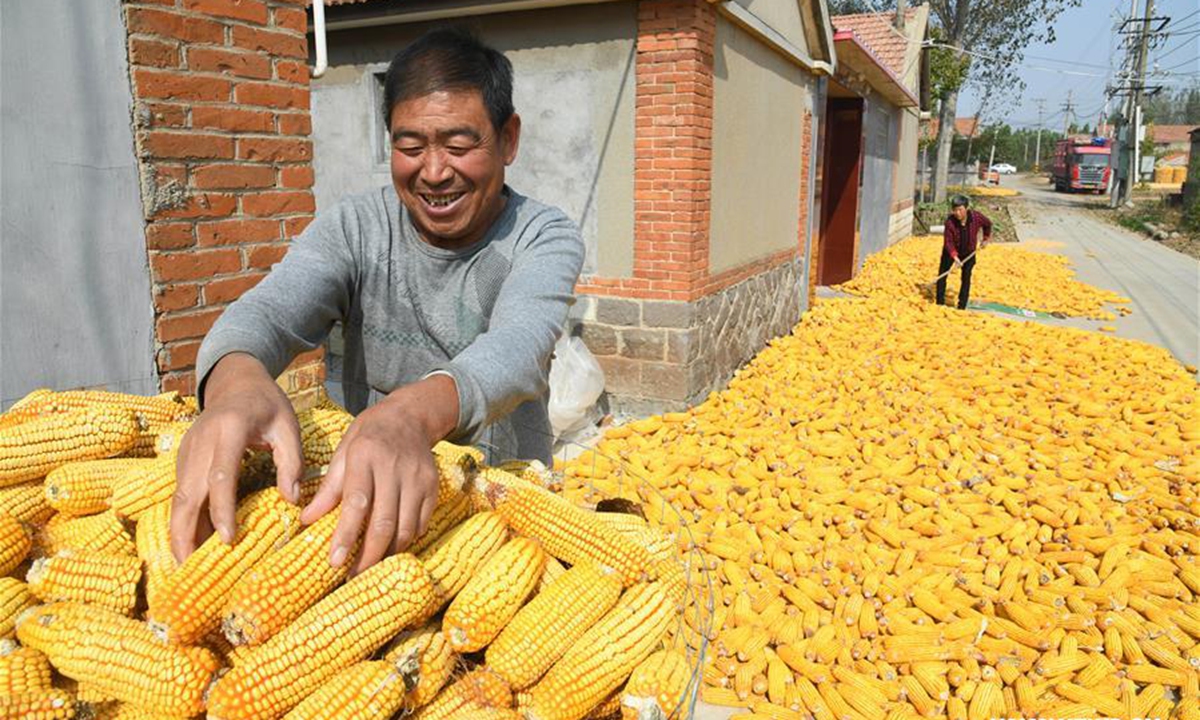 Growing domestic and international speculations amid the global pandemic partly contributed to a surge in corn prices in China, but the price rise will not last as the country's grain supply is secure, a Chinese official said on Wednesday.

Since the beginning of this year, domestic corn price has seen a growing trend. After the eight-day long National Day and Mid-Autumn Festival holidays, the purchase price of corn exceeded 2,600 yuan ($390) per ton, hitting a record high in nearly four years, data from industry website feedtrade.com.cn showed.

By Wednesday noon, the price of corn futures contract 2101 trading in Dalian Commodity Exchange stood at 2,590 yuan per ton, a rise of more than 40 percent since January.

Along with the acceleration of livestock production, demand for corn as animal feed has increased remarkably. Meanwhile, the production of corn flour and alcohol is also on the rise and therefore manufacturers and traders have raised corn purchase price to expand buying, Wei said, noting that farmers also hold stocks in anticipation of future price hikes.

Impacted by the global pandemic, there are signs of more grain market speculation by domestic and foreign capital, he said, noting that rise in corn futures price is also driving that of spot commodities.

"An appropriate corn price rise is reasonable, especially given a rise in production cost," Wei said. "But the rising momentum may not last," he said, noting that grain supply is secure because of this year's corn harvest and the paddy and wheat stocks can provide animal feed.

Amid high domestic demand, China also stepped up corn imports this year. Data from the General Administration of Customs showed that China imported a total of 5.59 million tons of corn in the first eight months of this year, up 50 percent year-on-year.