CHINA Spiders are also camouflage masters in the wild

Spiders are also camouflage masters in the wild

Watch carefully! There is a predator enjoying its prey in the following pictures. 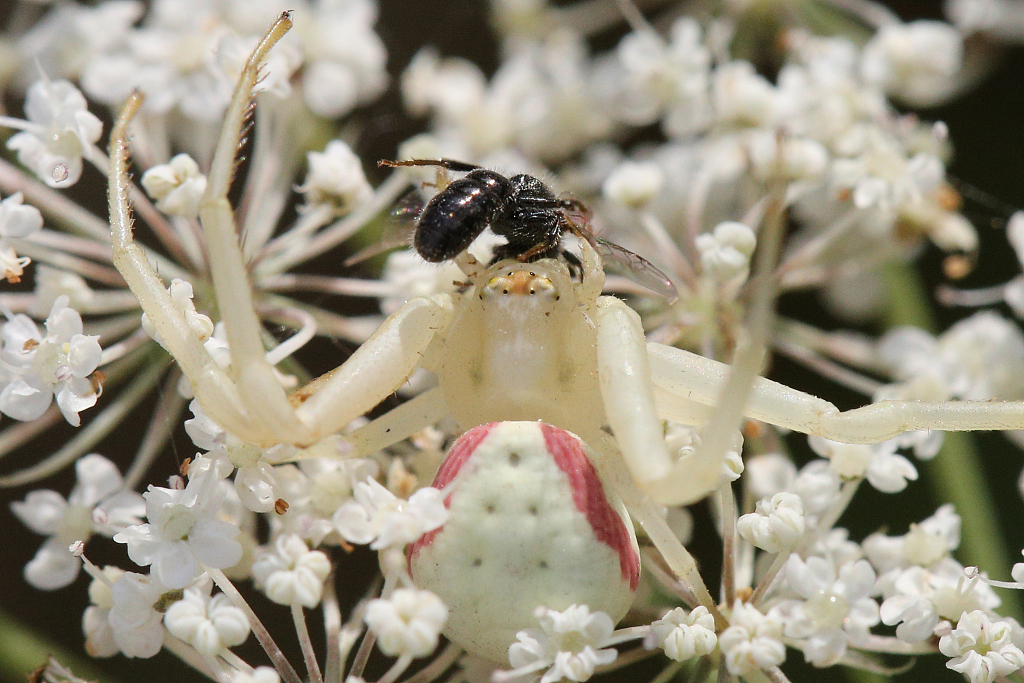 It's a spider species named goldenrod crab spider, or Misumena vatia. The picture was taken in late August in Canada's Ontario.

The spider's mostly white body hides among the white flowers, waiting motionlessly, until a wasp stops nearby with its buzz. 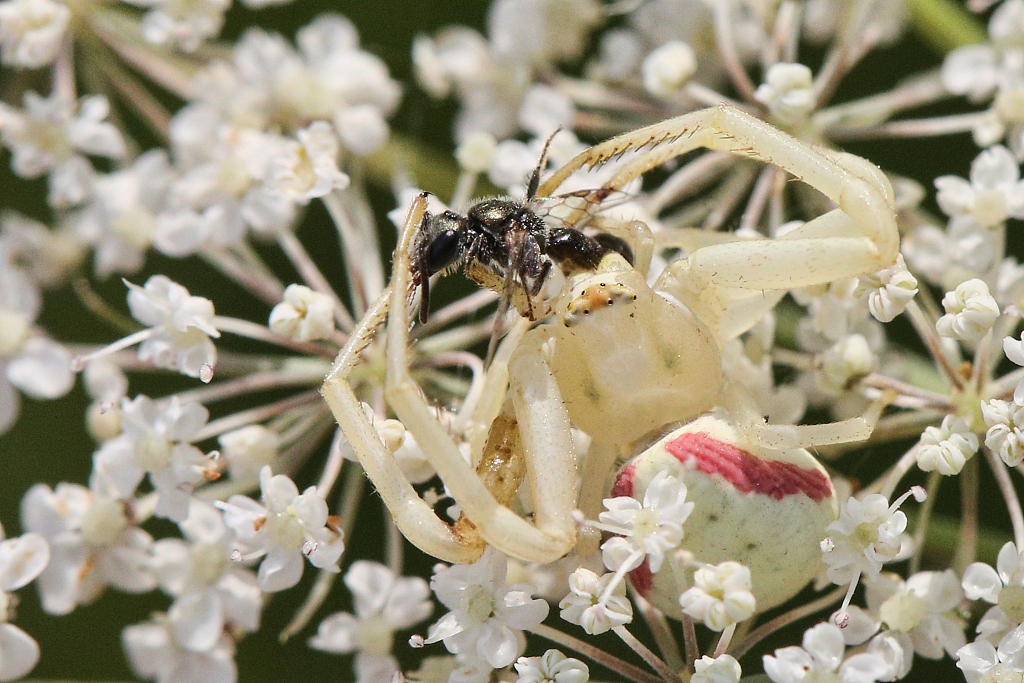 The color white helps it blend perfectly with the environment. But what if it's on a flower of a different color? Here is the interesting part: The spider changes its body color accordingly to conceal itself. You might have heard of lizards such as chameleons that can change their color, but spiders are also masters of this trick. 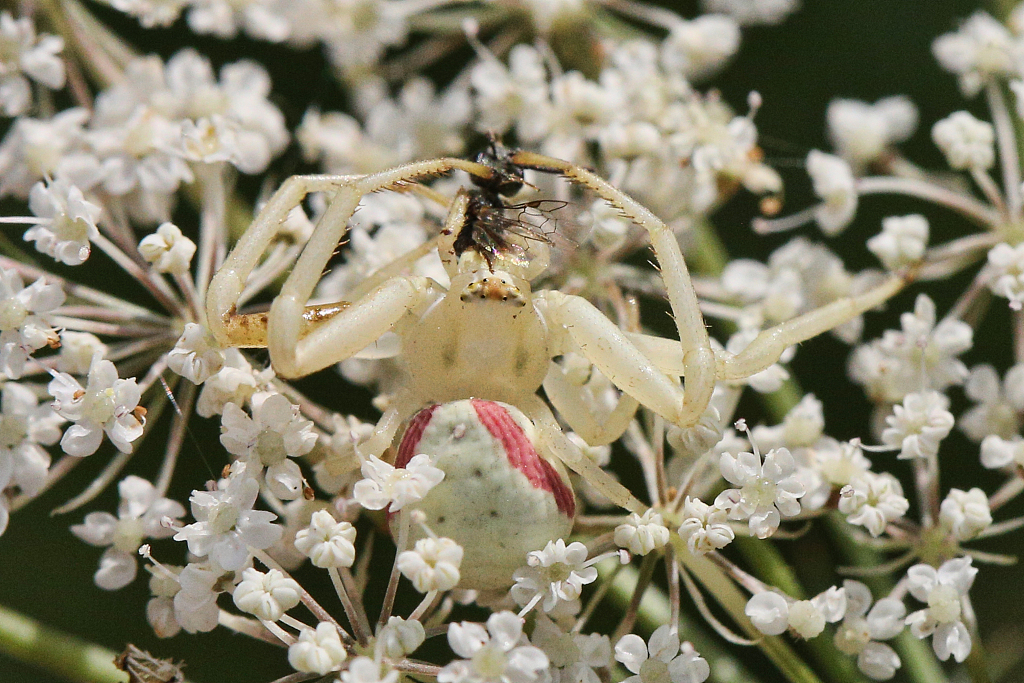 Although they have the ability to change among different colors, the goldenrods have two favorites: white and yellow. Thus, they are often spotted using white and yellow flowers as the arena to catch insects like bees and butterflies.

The changing process could take days or even weeks.

Across the Pacific, we do have color-changing spiders, too, in China. Check out these pictures taken by Zhao Li, curator of the Insect Museum of West China in Chengdu, capital of the southwestern province of Sichuan. 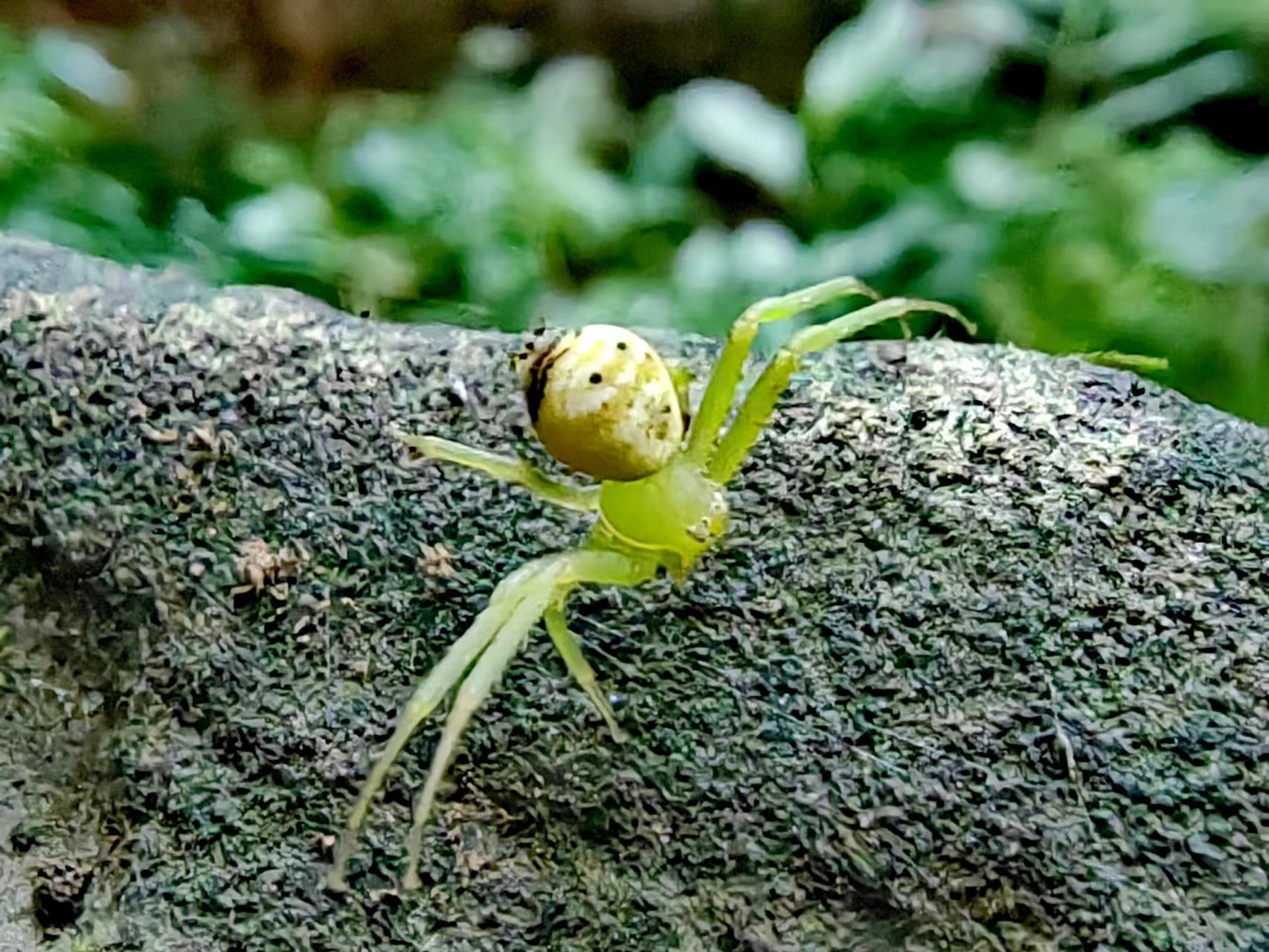 The species is another crab spider named Ebrechtella tricuspidata. As many of them have patterns on their abdomen resembling a human face, they are also nicknamed "human-face spider." 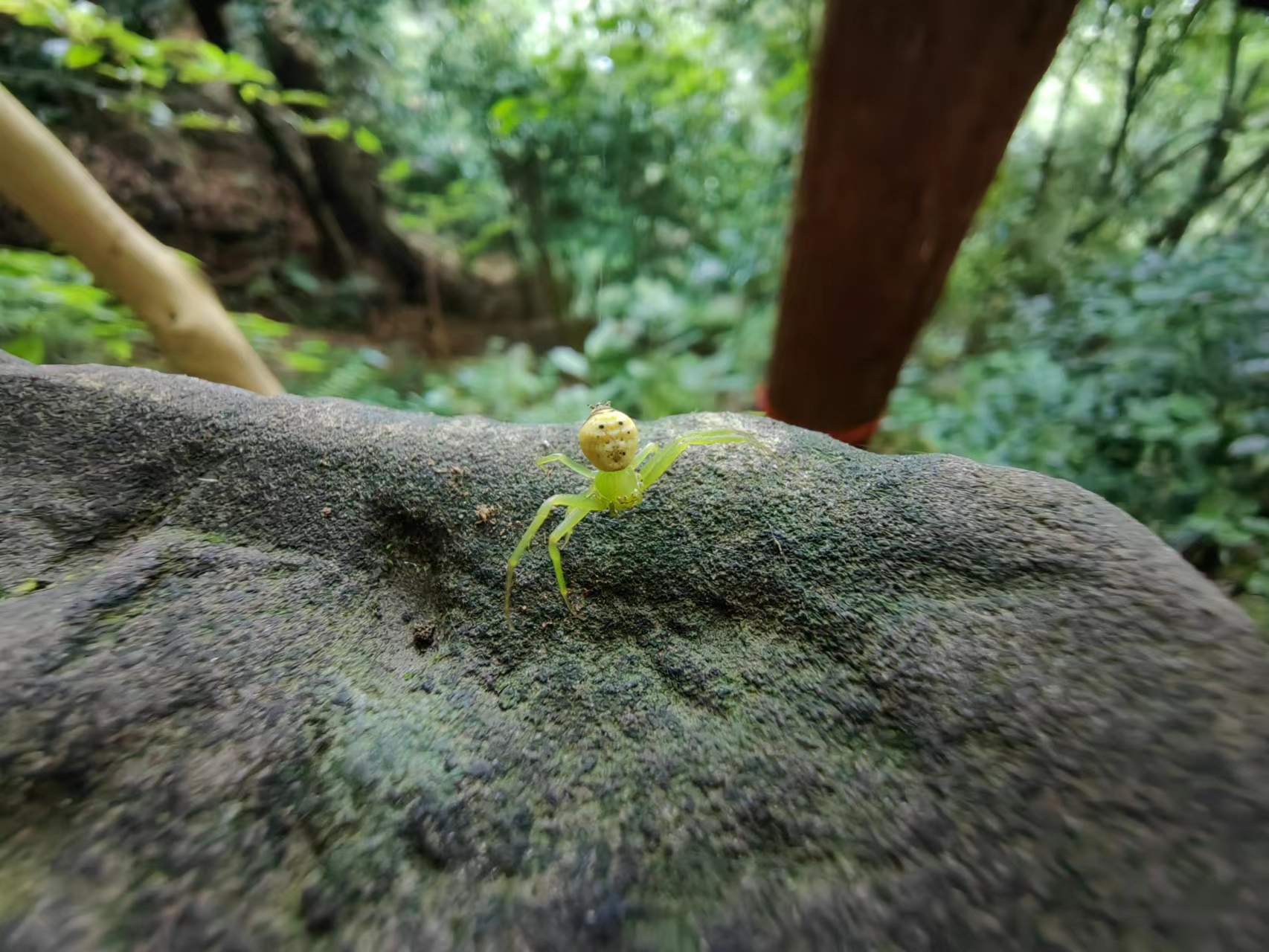 According to Zhao, similar to the goldenrod crab spider, it can also change color from white, yellow and green. And both spiders have similar preying methods. 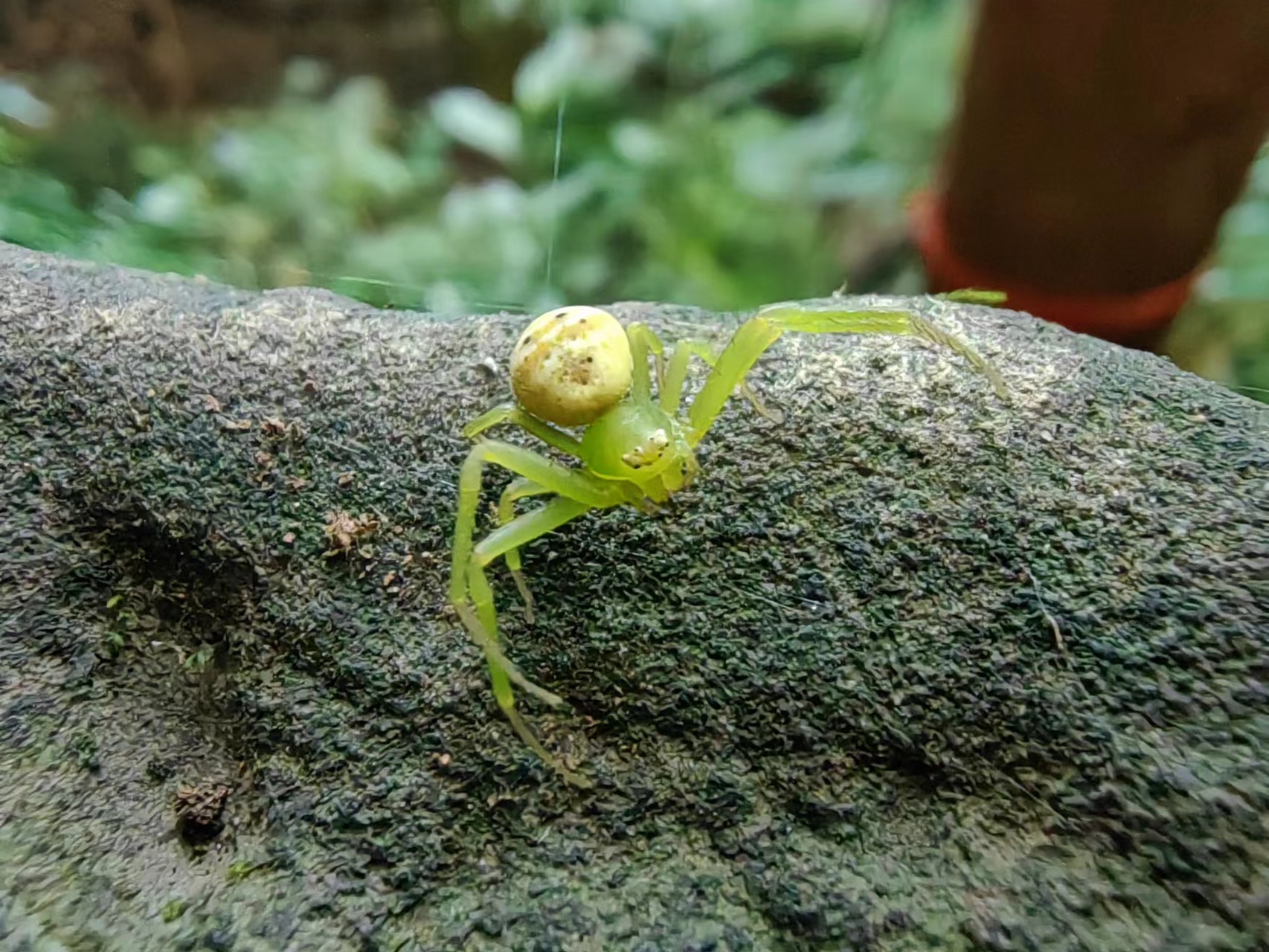 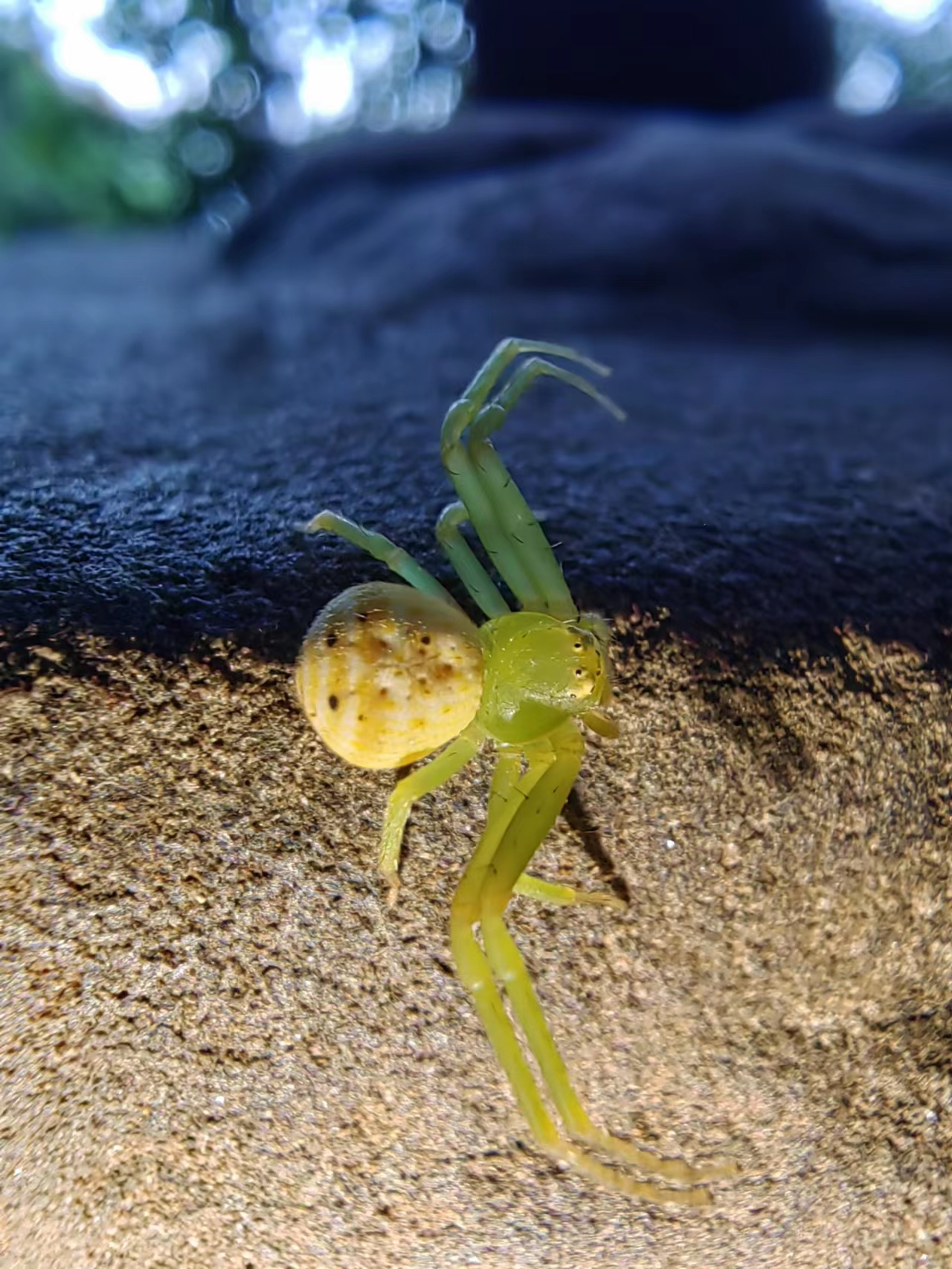 "All spiders are poisonous, but there has not been any reports about this spider biting people. So, I guess you could just put it in your hands. It's only about 4-6 millimeters long, so too small to penetrate through the human skin," the insect expert said.