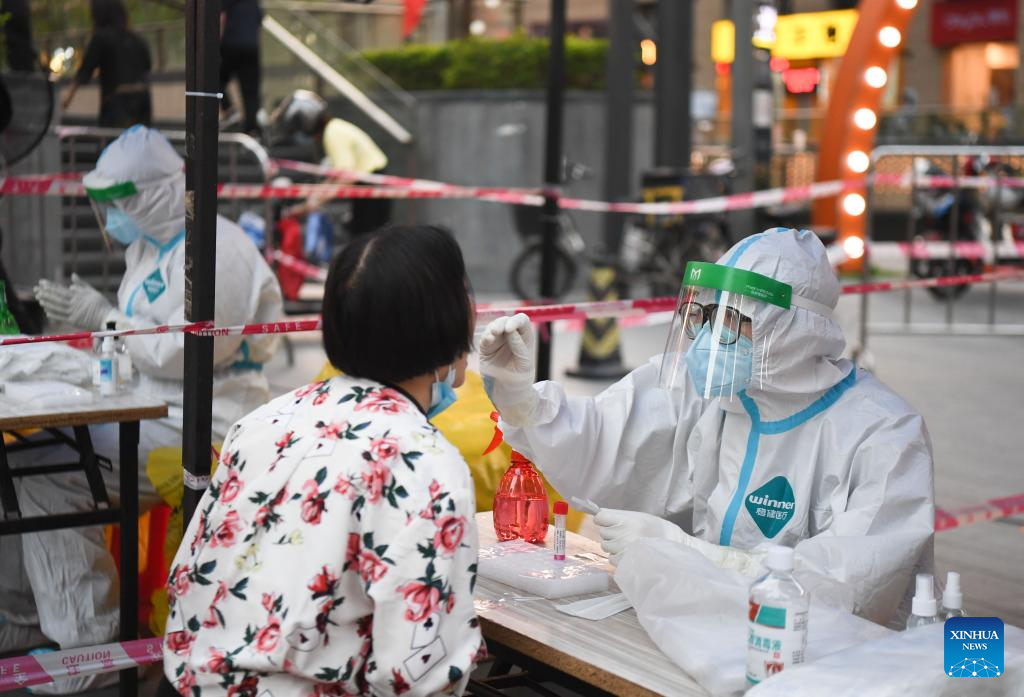 A medical worker takes a swab sample from a resident for nucleic acid test at a community in Liwan district of Guangzhou, South China's Guangdong province, April 9, 2022. (Photo: Xinhua)

A mysterious jump in influenza cases in some southern provinces has stoked concerns, prompting experts to call for expanding flu vaccination campaigns while exploring their integration with COVID-19 immunization.

The increasing rate of influenza in southern China this month has surpassed levels seen in the past three years, according to the latest data released by the Chinese National Influenza Center.

From April 4 to June 19, the country's southern areas registered 503 influenza outbreaks－clusters of no less than 10 cases－up from 136 during the same period last year, the report said. Guangdong and Fujian provinces and the Guangxi Zhuang autonomous region ranked at the top, the report said.

Meanwhile, China's northern areas recorded a mere four outbreaks during the same period, down from 86 a year ago.

"The recent wave of influenza in the south, dominated by the H3N2 strain, is ferocious and has overwhelmed local fever clinics in recent days," Niu Jianjun, Party chief of Zhongshan Hospital affiliated to Xiamen University in Xiamen, Fujian province, said during a seminar over the weekend.

"Traditionally, the city only begins flu vaccination drives in November, so dealing with the current outbreak is challenging," he added.

Niu said that social distancing rules and mask wearing should have helped contain the spread of flu viruses, so this summer's spike appears abnormal, and enhanced testing is needed to identify the cause.

Flu vaccination coverage has been stubbornly low in China due to a lack of awareness and uneven supplies. During the flu season from late 2020 to early 2021, the rate of vaccination stood at only 3.34 percent, compared with over 50 percent in the US, according to data released during the seminar.

So far, China has required a second vaccine at least 14 days after receiving a COVID-19 jab.

Available evidence and practices in some other countries showed that it is safe to get a COVID-19 vaccine and flu shot around the same time without compromising efficacy, according to Yu Wenzhou, chief physician at the Chinese Center for Disease Control and Prevention's National Immunization Program.

"Getting flu vaccines can help reduce flu infections and deaths, which is also beneficial for COVID-19 containment and avoiding overstretched medical systems," he said.

Yu added that some target groups for the two vaccines overlap, such as medical workers, children and the elderly. "It is therefore necessary to coordinate vaccination work for them."

He said that domestic vaccine developers, including Sinopharm and Sinovac Biotech, have begun research into vaccinating against COVID-19 along with other disease-preventing doses.