Ahead of the Spring Festival travel rush, 200 million railway tickets were sold between Dec 23, 2018, and Jan 6, 2019, according to the China Railway Corporation. 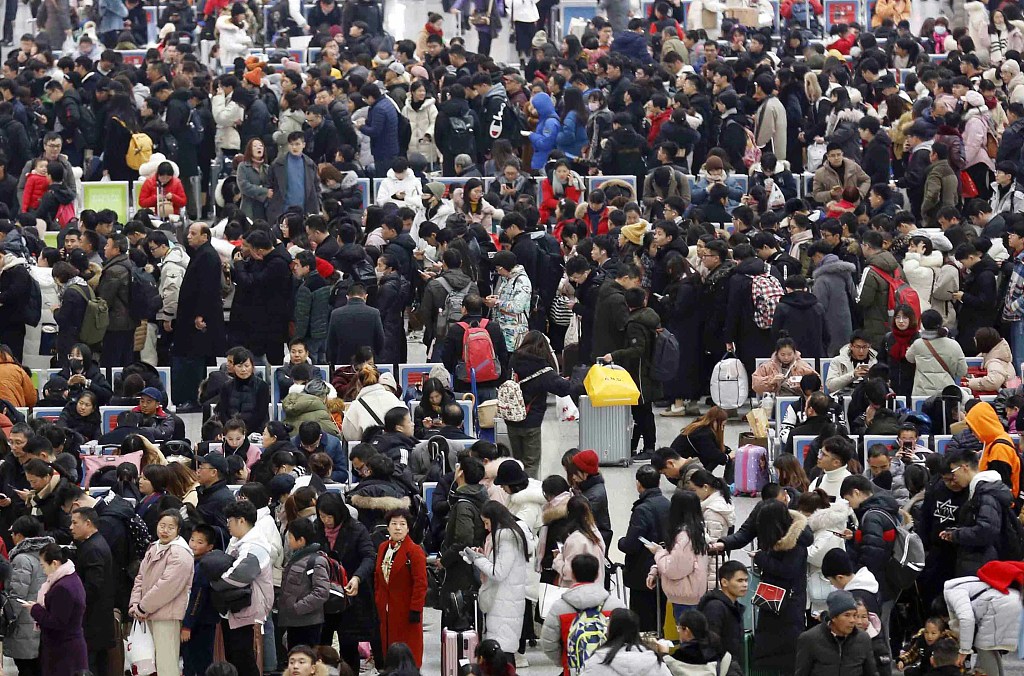 More than 13.3 million tickets were sold per day on average, up 16.6 percent year-on-year.

This year, the 12306.cn website remains the main channel to buy tickets. More than 11.1 million tickets were sold per day on average, accounting for 83.9 percent of all tickets sold. Over 96 percent of tickets were sold without user having to provide verification codes.

Starting from Dec 27, railway authorities have chosen some trains to trial the standby method. When a person hasn't secured a ticket, he/she can submit a standby order. If there are cancelled tickets, he/she can get the ticket according to his/her position on the waiting line. By Jan 6, 65,000 standby orders were completed out of the 106,000 standby bookings.