Spring Festival travel rush to scale down amid virus resurgence 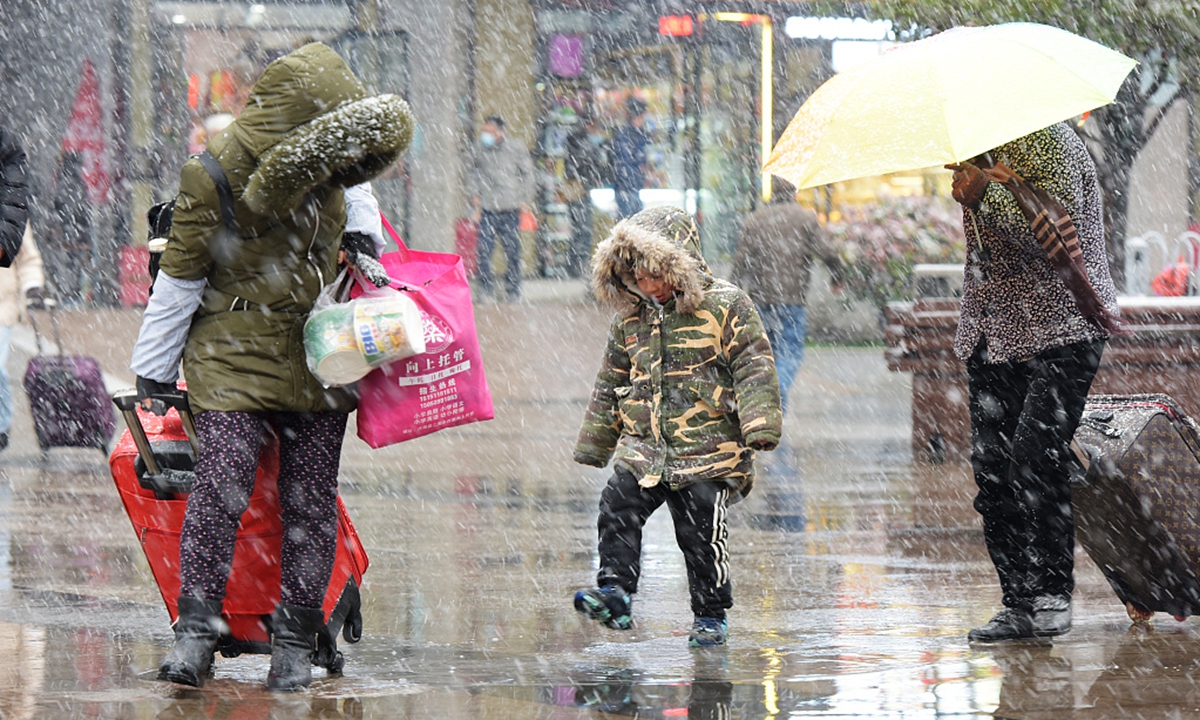 As more Chinese provinces and cities have released tightened travel guidelines, some of which are intended to dissuade migrant workers from returning to their hometowns during the upcoming Spring Festival, industry insiders and experts expect that this year's chunyun travel rush, which is normally the world's largest human migration, will be affected by the current epidemic control measures, following the latest coronavirus resurgence in northern regions, and that it will weigh on the first-quarter economic performance.

However, as China has accumulated extensive experience in regular epidemic prevention work over the past year with its increasingly precise COVID-19 response, in addition to accelerating mass vaccination among key groups, the upcoming travel season will not trigger large-scale spikes in new COVID-19 cases as long as the public strictly follows the rules.

Dozens of provinces, municipalities and cities including Beijing, Shanghai, Shenzhen in South China's Guangdong, Central China's Henan and Hubei provinces have issued notices suggesting the public to avoid "unnecessary travel back to hometown" during the Spring Festival holiday, encouraging employees to spend the holiday at the places where they work. Some places also ramped up restrictions, for example, civil servants and employees of the State-owned companies in cities like Beijing and Shenzhen should take the lead to stay in cities where they work during the holiday.

The 2021 Spring Festival travel rush will kick off on January 28, lasting for 40 days until March 8. Pre-sales of train tickets started on December 30, according to the national rail operator. While the country is being prepared to safely deliver 407 million passenger trips during the 40-day travel rush with 10.18 million daily passengers trip expected, China State Railway Group issued a separate notice on Wednesday on free refunds for pre-sale tickets purchased before the date, given the multiple sporadic outbreaks in different regions. The latest move is also part of efforts to reduce mobility and gatherings.

Some domestic airlines also issued guidance on free refunds for flights to and from Beijing and Shijiazhuang, capital of Hebei Province amid a recent spike in coronavirus cases.

Some public health experts in China see January-February as crucial moment to contain virus transmission as the virus has become very active during the winter, and they advised reduced travel for the upcoming Spring Festival. While the mass vaccination campaign is accelerating, the country is expected to see the turning point of the epidemic after the holiday season.

Chinese transport departments and operators are also adjusting their policies given that epidemic prevention work has been increasingly challenging due to sporadic cases and the cold weather. More cities are imposing new restrictions for incoming travelers, remaining on high alert in fending off the growing risks caused by accelerating movements of people.

Wuhan, capital of Hubei province that was the first place to report COVID-19 last winter, said in a notice on Saturday that for all people returning to Wuhan from low-risk areas in other parts of China, seven-day-valid negative nucleic acid test results are required. Body temperature checks and health codes are also mandatory.

Southwest China's Sichuan Province has also made similar requirements. People entering the province from cities and districts of medium- or high-risk must provide seven-day-valid COVID-19 tests upon arrival. For those who come from other low-risk areas, only health codes are needed.

"It's not correct to say that the Chinese government encourages cancelling this year's chunyun. Different places are taking different approaches while the situation in Beijing and Shijiazhuang are quite particular, so this year's Spring Festival travel rush would be certainly affected," Zeng Guang, chief epidemiologist of the China CDC, told the Global Times on Sunday.

The Chinese public needs to remain cautious during this year's Spring Festival, as the virus transmission is not only related to the virus itself but also the epidemic prevention work, and as long as people strictly follow the regulations, there will not be a large-scale spike in new cases, Zeng noted.

In some cities, local authorities encouraged employees to avoid travel by providing some incentives including rewarding those who stay and offering holiday allowances.

Pengxiang Industry in Quanzhou, East China's Fujian Province for example, offered a holiday allowance of 150 yuan per day to attract employees to stay local for the holidays, considering the grim situation of epidemic prevention and control at home and abroad, as well as the possible labor shortages after the Spring Festival.

"Companies issued proposals and subsidy schemes to not only allow the remaining workers to have a vacation with passion, but also ensure the safety of all employees and their families," a manager of Pengxiang Industry surnamed Wang told the Global Times.

Last year many people were trapped in their hometowns for months without income due to travel restrictions amid the epidemic, now many employees at our factory are responding to the call out of safety concerns by communicating with their families, choosing to send back their generous bonuses instead of going home, Wang added.

As the epidemic situation seemed to become more severe in recent days, it's hard to estimate this year's travel rush situation, a source close to China's railway operator told the Global Times on Sunday, acknowledging that it would very likely be affected by latest resurgence.

With a reduced willingness to travel and more travel restrictions, some online travel platforms said there are still plane tickets available for Spring Festival travel routes - which used to be sold out within days as millions of people need to travel during the period. "The peak time for the Spring Festival ticket sale is yet to come," domestic travel platform Qunar.com told the Global Times on Sunday.

Reduced travel, restrictions on gatherings and stay-at-home orders will also weigh on domestic consumption, a major pillar for GDP growth. However, industry insiders and economists foresee a better-than-expected performance compared to the Spring Festival in 2020 as the country is now well prepared for sporadic cases, and more importantly, the mass vaccination campaign has already begun with more than nine million doses of COVID-19 vaccine have been given so far across the country.

"First quarter GDP performance will definitely be affected by the latest outbreak, and the travel, transportation and catering industries will undergo another major hit as more local authorities have issued announcements that will curtail mobility during the holiday season," Dong Dengxin, director of the Financial Securities Institute at Wuhan University of Science and Technology, told the Global Times on Sunday.

Under the circumstances, a mass stay-at-home situation means there may be no Spring Festival consumption carnival this year, which will further drag on the country's GDP growth, Dong said.

Moreover, analysts noted that a worsened coronavirus situation in the heavily populated Beijing-Tianjin-Hebei region, which also has a larger economy, might lead to a bigger influence on the country's economy.

However, due to last year's low base, even in the worst-case scenario, China's first quarter GDP will post positive growth on a yearly basis. "We can expect more than 10 percent GDP growth in the first quarter if the epidemic can be effectively under control," Dong said.

China plans to vaccinate 50 million people in high-risk groups before Chinese New Year, which falls on February 12, to deter the spread of the virus.

"Mass vaccination has been accelerating, and we'll see the situation improving in 2021," Zeng said.

"So far, we do not have plans to cancel all trips like last year, and the recovery and development of the tourism industry is still going on under the premise of epidemic prevention and control," Xu said.

Although the recovery work may encounter difficulties and slow down due to the COVID-19 situation, China's tourism industry is still far better off than in the rest of the world, he added.