The 2020 spring semester began in most universities in China on February 17 after the start date was delayed at least twice amid the new coronavirus outbreak. But classrooms remain empty and over ten million students attended school from home. 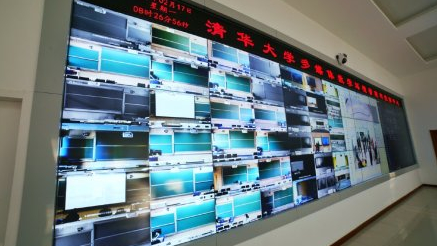 The first back-to-school day was nothing short on surprises with one online education platform crashing because of overwhelming traffic, pictures of lecturers' home offices going viral, and one university winning praise for bucking the trend and stretching its holiday even longer.

On China's Twitter-like platform Weibo, the hashtag "Xuexitong broke down" topped trending topics on Monday morning with more than 160 million views and 56,000 comments so far.

The online education service provider offers live-streaming functions and interactive teaching tools to a large number of universities in China. But with an increased number of users logging in at the same time, the platform went down.

"This morning at 8 o'clock, there were over 12 million users trying to log in on the platform at the same time, which caused an unprecedented burden to our technical system," Xuexitong explained in a statement, in which the company also apologized for the technical glitch.

MOOC classes developed by internet company NetEase and a number of education platforms also broke down over sudden surges in traffic.

But online classes were not only a headache for engineers, but also university lecturers who might be used to facing the students in a traditional classroom setting instead of speaking into a camera.

With online classes in full swing, the Department of Chinese Language in southern China's Sun Yat-sen University decided not to launch any such initiative but encouraged students to read and write at home.

"This is a decision made based on the nature of social science and literature," Peng Yuping, the department's director said. "It is a precious time for students to read and think. I hope they will learn more from the books instead from the classroom."

The decision received support, with one student, Zhang Zikang, saying, "Here, I see the value of being independent in reading and thinking."