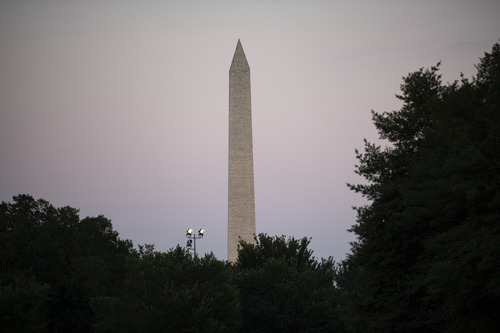 Safeguarding and stabilizing the relations between China and the United States has an impact on peace, stability and development in the world, Sonia Bressler, a French writer and Sinologist, told Xinhua in an interview on Saturday.

"The relations between China and the United States are among the most important bilateral relationships in the world. To safeguard and stabilize China-U.S. relations concerns the welfare of the Chinese and American people and people in the world. It also bears on peace, stability and development in the world," said Bressler, citing a recent article by Yang Jiechi, member of the Political Bureau of the Communist Party of China (CPC) Central Committee and director of the Office of the Foreign Affairs Commission of the CPC Central Committee.

Since the historic meeting between Richard Nixon and Mao Zedong in 1972 and the establishment of diplomatic relations in 1979, the development of China-U.S. relations has led to great progress in various fields between the two countries and the rapid development of the world economy, she said.

"But in recent years, we notice an obstinate ardor against China in Western media. This distrust has disastrous economic, political and human consequences. The stability (of China-U.S. relations) is now more necessary than ever," the expert said.

"How to maintain this stability? What method to apply to return to this height of strategic and long-term perspective point of view? How to stay pragmatic, particularly when the Western media prism makes China an enemy in the eyes of public opinion? These are the questions," she said.

For the French expert, Washington's policy of unilateralism and protectionism is inflicting severe harm on international relations.

"It is easier to designate an external enemy to resolve an internal conflict specific to the Western economic system," she said.

As to the notion of "Cold War" that appears in the Western media, Bressler raised alarm that the use of this expression is to generate stress and fears "that generally go with reflexes of rejection, which can range from simple verbal violence to aggression, then to war."

Bressler believed that mutual understanding is still possible and Europe should play the role of a mediator, citing as an example the journal Dialogue jointly created by French and Chinese experts to forge links and promote exchanges.

"We must collectively understand ... the 'community with a shared future for mankind' proposed by China," said the French expert.

"It is in no case by fire or war," she said, concluding that the United States and the West should return to what an ancient Chinese saying teaches: "War is like fire, when it is prolonged, it endangers those who provoke it."