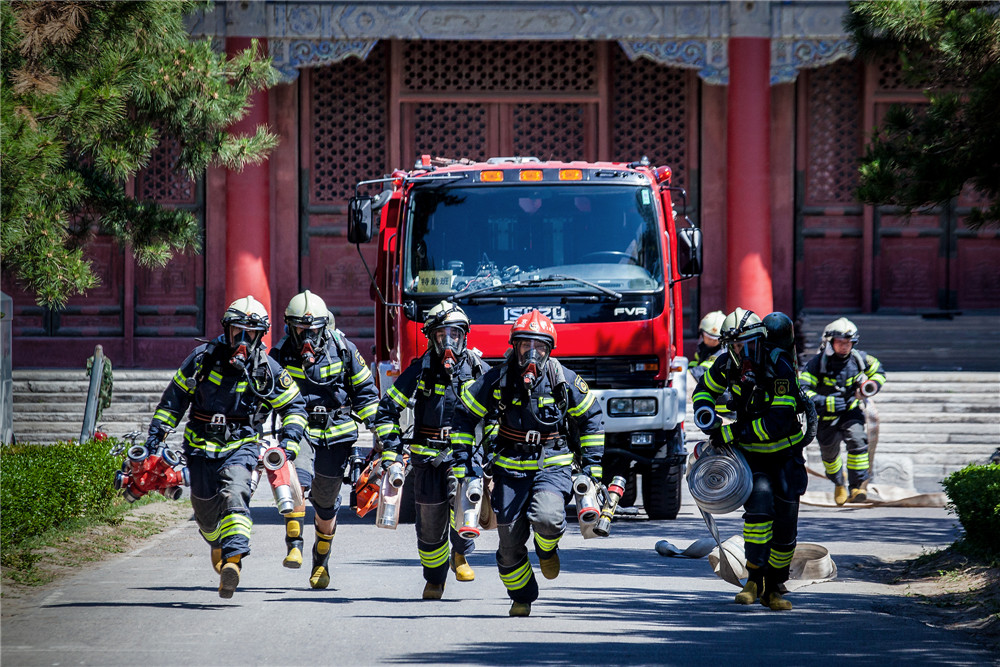 Recruits must have at least high school education, serve minimum of five years

The reform of the country's recruitment system for firefighters will help form a national rescue team with enhanced professionalism, according to experts.

Firefighters who were once part of the military put on new blue uniforms last month that reflected their new identity: They are now part of the China Fire and Rescue team under the Ministry of Emergency Management.

The change was made following the country's latest institutional reshuffle in March, when 13 responsibilities from 11 government bodies, mostly related to disaster relief, were shifted to the newly established emergency ministry.

As part of the reshuffle, firefighters under public security authorities and those from the armed forest police responsible for forest fire control were transferred to the new ministry to form the national fire and rescue team.

The establishment of the team is one of China's recent attempts to modernize its national governance system and capabilities. The effort was ordered by the Third Plenary Session of the 18th Central Committee of the Communist Party of China in 2013, led by Xi Jinping as its general secretary.

Recruitment of firefighters has been changed as well. A new guideline was released by the Ministry of Human Resources and Social Security and the top emergency management authority at the end of December.

Previously, firefighters were recruited under the Military Service Law and were managed as soldiers. Under that law, Chinese citizens could enroll to serve from age 18 to 22. The new guideline lifted the age limit of firefighters to 24, and specified that only senior high school graduates or people with higher educational backgrounds could become firefighters.

The age limit can be extended to 26 if the candidate has a bachelor's degree or higher. Those who once served in the armed forces will be given priority in admission, the guideline said.

It also stipulates a minimum service period of five years, up from the two years set by the Military Service Law. Those who quit earlier will be deprived of qualifications to be a public servant and will be given a record in the country's credit information system.

Ma Baocheng, a professor of public management at the Party School of the CPC Central Committee (Chinese Academy of Governance), said that since firefighting and emergency rescue have high requirements for professionalism, extending of the service period to at least five years will ensure that members of the team have enough time to gain the necessary skills and knowledge for their work.

Recruited firefighters will receive training in their first year and work as interns in the second year before assuming full duties - an arrangement in line with the objective of fostering professionalism, according to a statement from the Ministry of Emergency Management, replying to questions from China Daily.

According to the statement, the first recruitment of firefighters since the change is expected to begin this month.

For encouragement, the ministry said that members of the national fire and rescue team will be given government jobs if they retire from the team serving 12 years.

Those with outstanding performance will be sent to study in fire and emergency management colleges and become commanders. Even if the members of the team serve less than 12 years, they will be offered subsidies, it said.

Ma said that despite the reform, the effectiveness of members of the national fire and rescue team will remain as high as when they were soldiers because military-style management will be maintained.