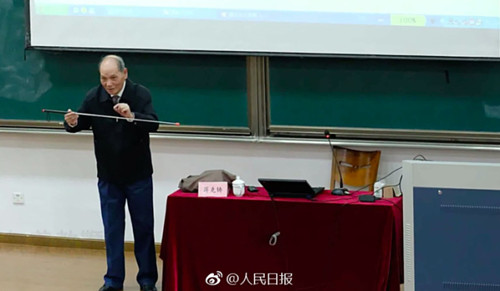 Jiang hurt his meniscus during a diving competition in his younger days. Students asked him to sit several times during the 3-hour lecture but he refused. “Teaching on one's feet is a basic requirement for a teacher,” Jiang said.

With trembling arms, he persevered in writing on the blackboard as in the past. 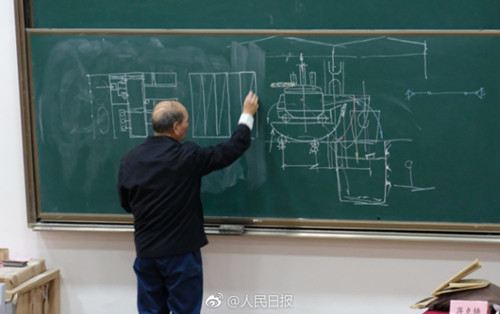 He used to teach mechanical engineering. Every professor should leave his legacy of knowledge and experience to the students so that they can avoid the same mistakes, Jiang stressed.